Arsenal manager Arséne Wenger has a dilemma on his hands come this summer, as he looks to cope with having three or four recognised right-backs in the first-team. What should he do?

At the end of last season, Arsenal supporters were admittedly sour at the announcement that long-time servant Bacary Sagna was set to leave the north London club and join Premier League champions Manchester City. The 32-year-old French right-back joined The Gunners in 2007 and made the full-back spot his own, making over 200 appearances in the space of just seven seasons under Wenger’s management; but issues regarding a new and improved contract, for a player over 30 who had broken his leg TWICE were causes for concern from the Arsenal hierarchy.

Questions were asked over who was going to be Sagna’s replacement, as young Carl Jenkinson went out on-loan to fellow Premier League side West Ham in search of regular first-team football to prove he was worthy of being a contender for the right-back spot. Then, in July, Arsenal completed the signing of 29-year-old experienced full-back Mathieu Debuchy from Newcastle, for a sensible fee of around £12million pounds. Debuchy himself has played in the Premier League since the beginning of 2013, and although he was not getting any younger, was a ready-made replacement who could help solidify the Gunners backline for a few seasons.

Debuchy’s first few months in an Arsenal shirt were impressive, earning plaudits from fans and media alike. He was just the type of player Arsenal required to help shore up their defensive problems; physical, agile and a workaholic. Then unfortunately, the Arsenal injury “curse” struck in mid-September, during their 2-2 league draw with Manchester City. Debuchy damaged his ankle ligaments and was ruled out of action for three months, which prompted the step up for young 19-year-old Spanish talent Hector Bellerín, who had wowed the Emirates crowd during their pre-season cup in August and was eager for his chance to shine amongst the rigours of the first-team.

Bellerín naturally has matured into an even more promising player than before, and his experience in all competitions for Arsenal this season including the prestigious UEFA Champions League will without a doubt spur him onto achieving greater things in the future. Debuchy has been pictured recently upping the intensity of his training regime as he battles to get back into the first-team before the end of the current season, scheduled to finish in the middle of May. He was seen playing 60 minutes in a behind-closed-doors friendly against Championship outfit Brentford too, which emphasises the fact that he’s hungry to play and will work hard to regain his place in the team. 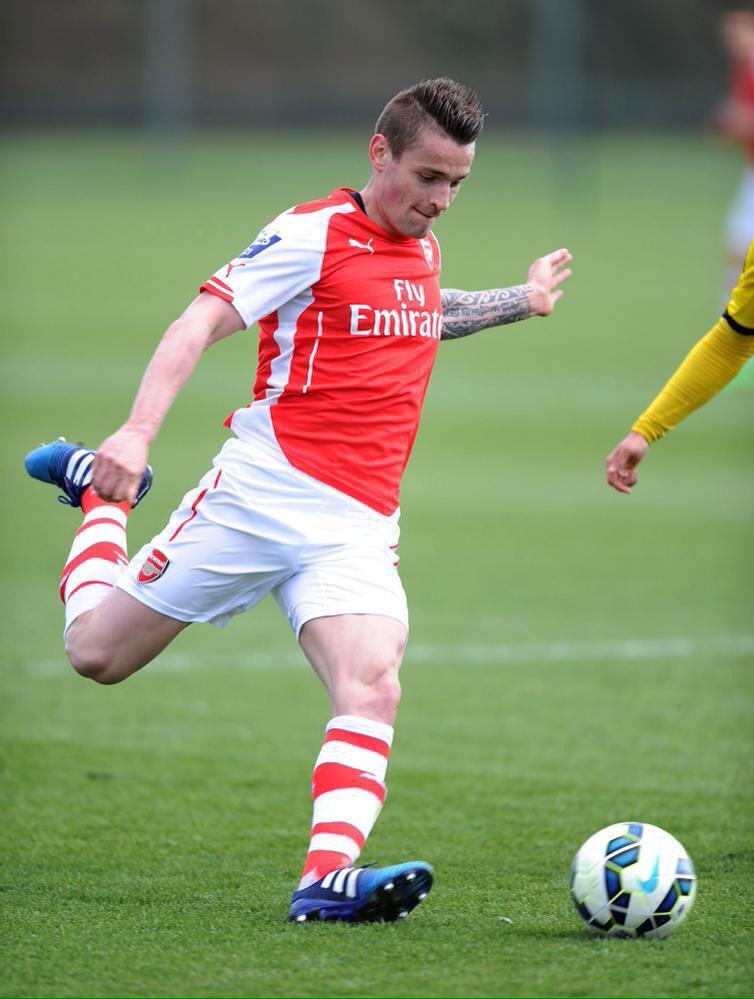 Unless Bellerín is pushed further up the field in a right-midfield position, I fully expect him and Debuchy to be battling for regular first-team minutes for the forseeable future, whether that be for a season or two; but how Wenger will deal with the situation still remains to be seen. Another promising young defender, in the form of Calum Chambers, joined the club from Southampton for £16million pounds last summer. A right-back by trade, his versatility means he can also shift into a centre-back position and has played as a central defensive midfielder a few times for The Gunners, as well as the Young Lions set-up with Gareth Southgate‘s men. I’m certain that Chambers will play as a RCB, or get shifted into a DMF role at some stage in his development, as he matures. So, he is not part of the immediate dilemma, so to speak.

Carl Jenkinson, is. With two right-backs already vying for first-team opportunities at The Emirates, “Jenko” made the bold but calculated decision to join The Hammers in search for first-team football. He has done himself proud, and has given Arsenal fans a sense of encouragement for the future with his consistent displays meaning he has asserted himself as a first-team regular for Sam Allardyce‘s men this season. However at age 23, you would be silly not to suggest Jenkinson wants a piece of first-team action just like the rest of his team-mates. Many news reports are suggesting Jenkinson is set to leave The Gunners in the summer, and join a team like West Ham. But is that the right thing to do? You can never be too sure with Debuchy’s two injury problems since he joined, Bellerín needs solid competition and Jenkinson can certainly give him it. What will happen? Only time will tell – but Jenkinson has proved his worth and shown that first-team experience has made him a better player, someone that Arsenal should not let leave easily regardless of their right-back dilemma.