Fierce rivals Sunderland and Newcastle went head-too-head in the season’s second Tyne-Wear Derby on Sunday afternoon with more than three points on the line for both. Bragging rights were also up for grabs, as Sunderland have won the last FOUR derbies in a row. Both sides would move up two places with a victory today, Sunderland into 15th and Newcastle 11th respectively, but neither side was going to give up without a sufficient fight.

It was also the first Tyne-Wear derby for the two managers Dick Advocaat and John Carver, so it’d be a fascinating game to see if either side would prevail at the Stadium of Light.

Sunderland dominated proceedings in the early going, having their fair share of half-chances on-goal, but were unable to make any count. Connor Wickham came closest to breaking the deadlock near the half-hour mark, having a headed effort from a corner-kick deflected away from goal by midfield duo Moussa Sissoko and Jack Colback before the linesman flagged for a goal-kick; much to the discontent of the home supporters.

The game itself had a scrappy nature attached to it, a few goalmouth scrambles cleared away, long-ball deliveries comfortably caught by Costel Pantilimon and Tim Krul in their respective goals, whilst a few petulant fouls went unpunished as the referee Mike Dean tried to keep the game flowing as much as possible – uneventful in the end. 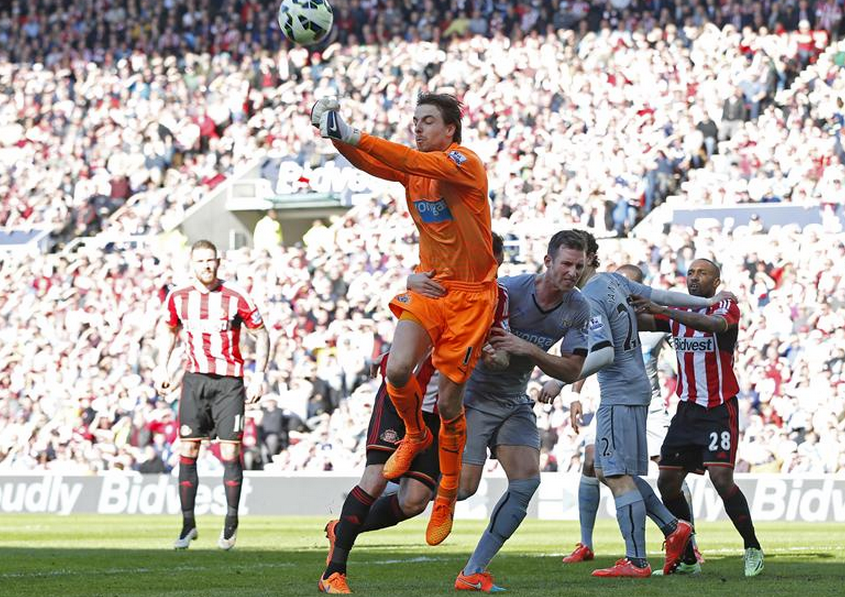 Jermain Defoe came narrowly close from having a goal-scoring opportunity after being set through towards goal with a neat through ball from Fletcher. He sped past the Newcastle backline but was unable to control the ball properly;

Sebastian Vergini was given the first yellow card of the game in the 39th minute for a deliberate tug on Ayoze Perez after the young forward span past him with ease near the byline, and he was pulled on the back of his shirt. Then, Ryan Taylor was booked for leaving his foot in with a late challenge on Steven Fletcher as tempers flared with the half-time whistle approaching.

Wickham came close again with a shot at Krul’s near post, but the effort stung the Dutchman’s gloves as he parried the ball to safety. As the clock was ticking down and the fourth official signalled for just one minute of stoppage time to be added on, Sunderland broke the deadlock with a moment of individual genius from Defoe who rifled a powerful volley into the top corner of the net from 25 yards out – from virtually nothing. 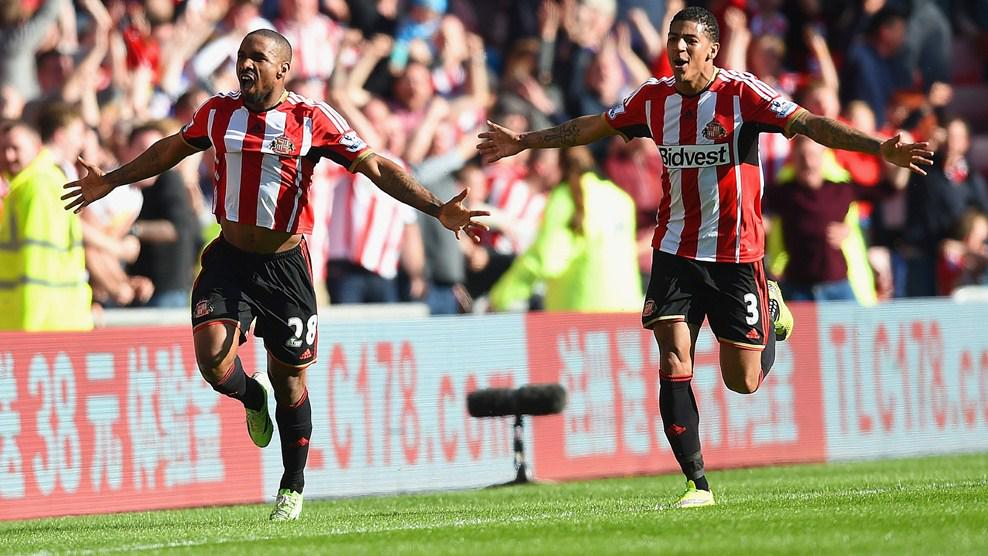 The second-half started with neither side making any changes, and the game increased in terms of attacking intensity. Fletcher came close on a number of occasions, but was unlucky not to test Krul – much to the discontent of his manager Advocaat.

Yoan Gouffran was replaced by Emmanuel Riviere in the 57th minute as Newcastle needed to improve attacking-wise, having only recorded one shot on-target since the referee’s first whistle. Jordi Gomez was the next player in the referee’s book, for a late challenge on Daryl Janmaat where he got nowhere the ball. Then just moments later, Colback was booked for a late tackle – which was greeted by raucous applause from the home supporters. The referee brandished yet another yellow card, this time for Patrick van Aanholt after a sliding challenge on Taylor near the byline.

Sunderland continued their attacking assault of the Geordies as full-back van Aanholt had a fierce shot hit the side netting after a quick counter attacking move by the hosts, before Fletcher had a one-on-one opportunity fired over the crossbar.

Pantilimon made a good diving save to his left to parry away a shot on the edge of the box from Riviere, which was curling towards the far post. Adam Johnson, fresh from his off-the-field incidents, was introduced with ten minutes left to play, to a mixed reception from the Stadium of Light crowd. Mike Williamson made a crucial block to deny Sebastian Larsson‘s close-range effort, before Perez had a half-volley flash over the crossbar as the clock ticked down on the visitors’ chances of equalising. The fourth official signalled for five minutes of stoppage time to play, much to the annoyance of the home fans wishing for the full-time whistle to blow, and Newcastle suddenly started to ask a few questions of Sunderland’s defensive capabilities. Perez drove into the box with potential in a move, but was thwarted by a physical challenge from midfielder Lee Cattermole in the area.

The Black Cats held on to prevail through some cheeky time-wasting tactics and robust defending to record their FIFTH straight derby day victory over Newcastle, sending all of their supporters into sheer exhilaration. The visitors will be wondering what went wrong, as they did not create enough goal-scoring opportunities to warrant beating Pantilimon in the Sunderland goal.