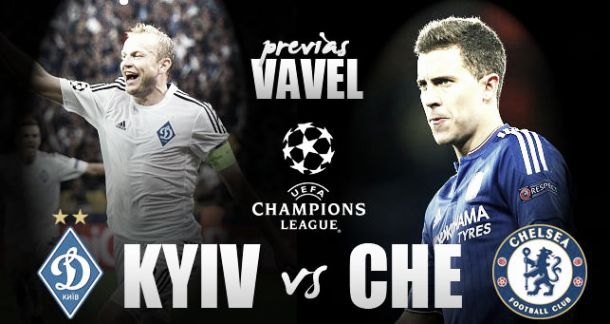 Having lost 2-1 in their second group stage game against Porto, José Mourinho will be hoping for maximum points as they travel to Ukraine tomorrow.

Chelsea have endured an uncharacteristically poor start to the 2015/16 campaign, just months after securing the Premier League title – and it’s lead to plenty of questions. Well, why?

Failing to successfully make enough acquisitions in the summer, check. A lack of fitness coupled with poor pre-season results, check. Excuses galore and a plethora of frustrating displays over the past few months, yep.

Chelsea’s League demons have not gone away, just yet

In the Champions League group stages however, it was believed to be a refreshing release from the fire and unrelenting criticism of their domestic performances. Naturally, with a group including Maccabi Tel-Aviv and Dynamo Kyiv, not to mention José Mourinho‘s former employers in Porto, it was certainly going to be intriguing.

Two games in, a third of the group’s fixtures played, and they sit in third place. Win tomorrow, they will leapfrog their hosts into second – and could top the group, if Porto draw or fail to beat Group G’s minnows from Israel.

Kiev no easy side, by any means

Going into the match, plenty of skeptics will be interested by what they see on Tuesday evening. After all, another loss could virtually seal their exit from Europe’s elite, and no English supporting fan wants that..

Kiev meanwhile, have gone unbeaten in their two Champions League games. A 2-2 draw with Porto as well as an away win over Tel-Aviv reiterates the fact they are not in the competition just to make up the numbers, so to speak.

The Blues will evidently take heart from the fact that whilst they ended their winless run with a 2-0 home win over Aston Villa on Saturday, Kiev were comphrensively beaten by title rivals Shakthar Donetsk by a comfortable three-goal cushion twenty-four hours beforehand.

Sergei Rebrov‘s side have only one injury doubt ahead of kick-off; midfielder Serhiy Rybalka – who could be sidelined due to a minor muscle tear.

As for the visitors, a few more injury issues. First-choice goalkeeper Thibaut Courtois is expected to make his return in December from the ligament damage he suffered in early-September. Branislav Ivanovic will be hoping his unfortunate injury sustained on international break will cool the criticism of his performances recently, where he’s looked a shadow of his former self. Full-backs Cesar Azpilicueta and Baba Rahman, as well as young midfielder Ruben Loftus-Cheek, are all expected to feature from the start in the east of Europe.

Food for thought – after his surprise omission from the starting XI on Saturday, will Chelsea’s attacking talisman Eden Hazard start?