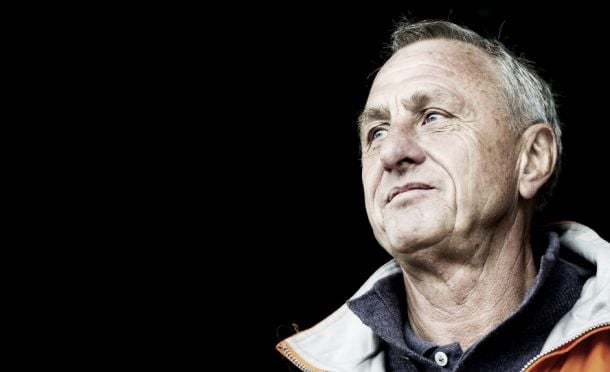 The former Ajax and Barcelona man, 68, has unfortunately been diagnosed with lung cancer after tests in hospital earlier this week.

Some sad news to break, as Dutch legend Johan Cruyff has been diagnosed with lung cancer. The rumours were confirmed of his official website, after he had been undergoing assessments in hospital regarding his condition.

Cruyff gave up smoking in the 90’s

Previously a prolific smoker, the 68-year-old underwent double heart bypass surgery in 1991 – and consequently stopped the habit as a result of his health issues at the time.

Cruyff won three consecutive European trophies in the 1970’s withEredivisie giants Ajax before opting for a switch to Spain withBarcelona, where he went onto manage the prestigious club as well as rack up over 140 appearances for Barça too.

In a remarkable era with the likes of Pelé, Franz Beckenbauer andGerd Müller all flourishing, Cruyff was widely regarded as one of, if not the best player in the world at the time. Operating as an attack-minded midfielder, he used his silky skills to glide past opponents like they were not there – with the aptly-named Cruyff turn still being utilised in modern day football today. Winning the Ballon d’Or three times – 1971, ’73, ’74, he’s a living legend who’ll be expected to bounce back from the condition, especially in the eyes of his many fans.

Barcelona president Josep Maria Bartomeu said: “Johan, you’ll win this one too! The whole Club is behind you”, in a Tweet, whilst Lionel Messi – regarded as the best footballer in the world at the moment – referred to him as a legend when sending his wishes of a speedy recovery too.

“To respect the privacy of Johan and his family, and the fact that the examinations have not been finalised, further announcements cannot be made at the moment.”

The news has not only been unfortunate but also brief and I personally pass my message of support to Johan – hoping that he can make a speedy recovery in the process.