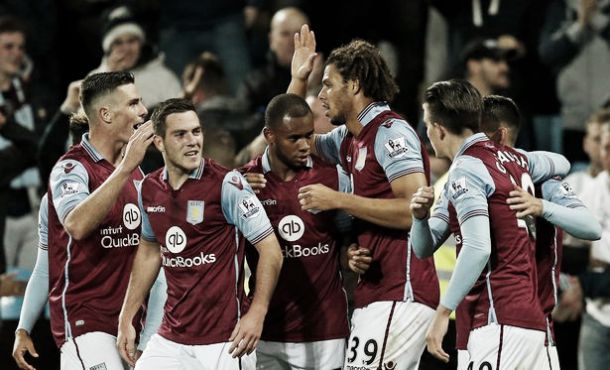 As they patiently wait for the appointment of a new manager, Aston Villa will be hoping for a surprise victory as they go head-to-head with Southampton in the Capital One Cup, with the chance to progress into the last eight of the competition.

Southampton entertain Aston Villa in the Last 16 of this year’s Capital One Cup on Wednesday night, with both teams set to make alterations to their respective starting elevens. This match is an important one for both because Southampton will be undoubtedly targeting a trip to Wembley this term – having struggled to cope with the demands of the Europa League, being knocked out in the play-off rounds.

On the other hand for Villa, they need to win a game somewhere, somehow – be it late drama, extra time or even penalties. This will help to collectively boost the team’s morale, after a rather forgettable start to the 2015/16 campaign already. Both sides know how to counter-attack at speed, but the Saints‘ defensively offer more stability, something that the visitors may struggle to contend with at times.

Aston Villa will be boosted by the returns of defensive duo Ciaran Clark and Jores Okore from injury, whilst caretaker manager Kevin MacDonald may also recall Libor Kozak and Charles N’Zogbia into the matchday squad. Gary Gardner (ankle) is sidelined, but other than that, the Claret and Blues are at relatively full strength and you’d expect them to name a strong team – considering the competition is a welcome distraction from their poor Premier League form.

As for Southampton, they’ve only got two first-team players currently injured. Goalkeeper Fraser Forster, and defender Florin Gardos, both of which have sustained long-term injuries in the past, and will not be fully recovered until the new year in 2016.

Shane Long and Jay Rodriguez both have ankle knocks, but could feature nonetheless, whilst winger Sadio Mané is suspended – having picked up two bookings in quick succession during their 1-1 draw with Liverpool on Sunday. However, his ban may seem like a blessing in disguise to many of the fringe players hovering around the squad, with the likes of Juanmi, Gaston Ramiréz and Ryan Seager all eager to get minutes under their belt in the search for regular, competitive football, to be able to impress Ronald Koeman.

The beauty of the cup includes the fact that form means nothing, and Villa will certainly be motivated for the fixture itself. Whether they can actually prevail though, is a different story – against a Southampton side hoping to prove they’re amongst the big clubs in England’s top flight.