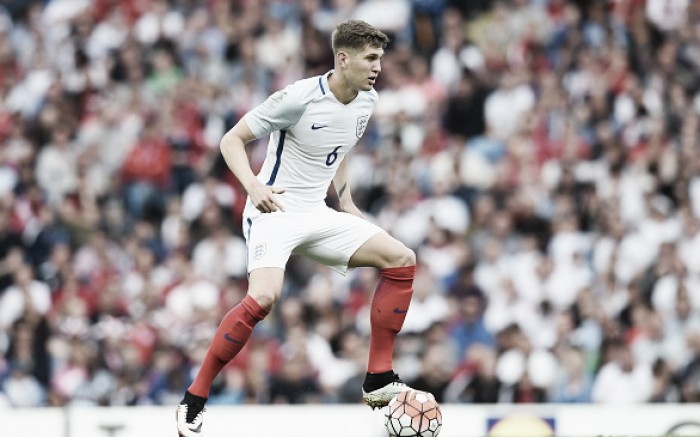 The Toffees have reportedly set an asking price of £50m for clubs interested in signing John Stones – who seems set on a move away from Goodison PARK this summer.

After Chelsea had bids rejected for the talented defender last season, Everton were public in their desire to keep hold of John Stones. However, it has become apparent that he wants to leave and new manager Ronald Koeman doesn’t seem content keeping a player against his wishes – provided the clubs interested pay a fee close to their asking price.

Manchester City have been linked with a potential move for his signature since last year and Pep Guardiola seems intent on improving his defensive options. According to reports, they’ve already had a bid rejected for Juve’s Leonardo Bonucci and are eager to sign a ball-playing centre-back ahead of the forthcoming campaign.

Stones, who turned 22 at the end of May, is undoubtedly a talented player but had somewhat of a tough season last term. With scouts from Spain coming to watch the Englishman on a regular basis, criticism began to arise over his individual performances in an underwhelming Blues side last term.

Apart from Ross Barkley and Romelu Lukaku, there were very few Everton players that came through the 2015/16 campaign with much merit – but Stones’ potential is very promising and he definitely has ability, as well as confidence in his capabilities. Something which is rare to see in a centre-back, he’ll be hoping that his future is sorted sooner rather than later so he can progress his development in peace.

Stones (pictured left) on the ball in a Euro 2016 training session. | Photo: Getty

He’s set to report back for pre-season training early next week after going on international duty with the England squad at this summer’s European Championships – he didn’t feature at all, and the Toffees will expect him to feature in their pre-season campaign as scheduled unless they receive an offer to potentially ponder from City, who seem frontrunners for his services.