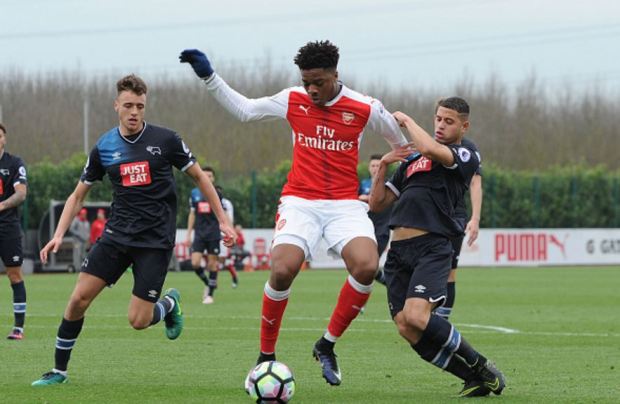 After five loans across England, the next few months could be crucial for Chuba Akpom’s development as well as his next career choice.

The talented forward, 21, struggled to impress on-loan at Brighton during the second-half of last season. That in itself isn’t much of a surprise considering the fact that he’d just recovered from a long-term injury and would’ve been frustrated by the number of cameo appearances he was making whilst away from Arsenal once more.

That’s not to excuse his attitude, which he needs to obviously work on. However it feels as though many of the club supporters have over-exaggerated their feelings towards him at a time when they were battling for, and successfully secured, promotion to the Premier League.

Akpom needed to be in an environment where they’d be patient but push him to improve and at Brighton, it doesn’t seem like this was the case.

It’s a completely different situation to the one at Hull, where he went on-loan at the start of the season alongside Isaac Hayden and seemed to grow from the experience.

It’s easy to forget that players like Akpom can be naive and impatient in their attempts to impress, not least when they sustain untimely injuries just when it appears they have an opportunity to breakthrough.

Last season, he enjoyed some encouraging displays in pre-season but a back injury ruined any chances of an extended run in the first-team picture. He has shown on a number of occasions over the past few seasons that he’s too good for youth football. That’s why the club have been eager to let him go elsewhere and experience regular minutes in a competitive environment, but it hasn’t worked out yet.

He needs to remain injury-free and be afforded a chance to shine, but will it come?

Is he prepared to wait much longer whilst others like Alex Iwobi and Rob Holding (both 21) establish themselves as important first-team youngsters?

A recent article suggested Sunderland should look at making an approach for Akpom, following Jermain Defoe’s departure to AFC Bournemouth.

Akpom still has two years remaining on his existing contract in north London and having been at the Gunners since primary school, it’s obvious he needs an indication from somewhere that he will be afforded a chance to impress in the first-team.

If he is involved in the club’s pre-season campaign and does show his quality, there’d be no question surely?

On the other hand, the fact that he hasn’t progressed significantly over the past year or two as a player could lead Arsenal into debating whether to sell him, with suitors likely to be interested.