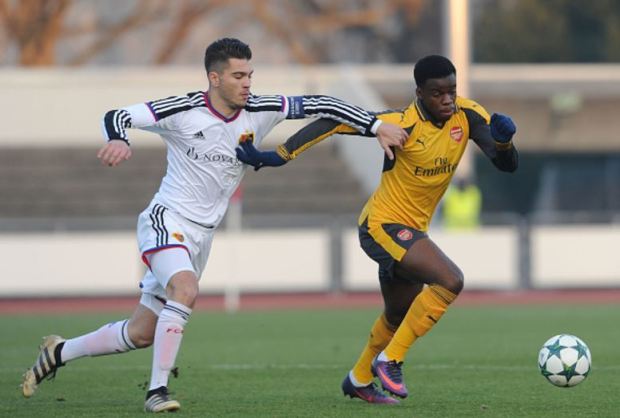 Having sustained a season-ending injury in late February, the last few months have been frustrating for Stephy Mavididi.

However, things are looking up for the 19-year-old, who’ll be keen to impress once more next term.

After a good few months at u19 (UEFA Youth League) and u23 level at Arsenal, he made the decision to join Charlton Athletic on loan until the end of last season. Despite some promising displays in the first month of his spell with the League One side, he tore his hamstring and was sidelined for the remainder of the campaign.

Thankfully though, he hasn’t suffered any setbacks in his recovery phase and is set to take part in the club’s pre-season campaign as he aims to strengthen and make up for lost time this summer.

Charlton manager Karl Robinson has already stated his intention to re-sign the teenager on another loan spell once fully fit, and it’s likely that this deal could be completed before the start of the season.

Mavididi’s development in the final third has been impressive over the past year or so, where he has become more refined as Arsenal’s number nine as he started creating chances for team-mates in addition to finishing his own.

It’s refreshing to see and given his athletic build and other attributes it’d be a surprise not to see him shine out on-loan once more.

Given all of the hype recently surrounding Edward Nketiah, who is a year younger than Stephy, he’ll be keen to show he’s no longer a forgotten man with memorable performances on the pitch.

There is also a possible option that he could be loaned out to the Championship rather than League 1, with a number of clubs likely to be interested once again. However, it’s important that he joins a side that are going to guarantee him regular minutes and not the type of bit-part role that Chuba Akpom struggled to impress with at Brighton last season.

As a result, a return to Charlton could be the best for his development in the short-term amongst familiar surroundings next term.

Big things are expected within the Academy and it wouldn’t be a surprise to see Mavididi feature for the senior side at some stage in the coming twelve months provided he remains fit and continues his progress.