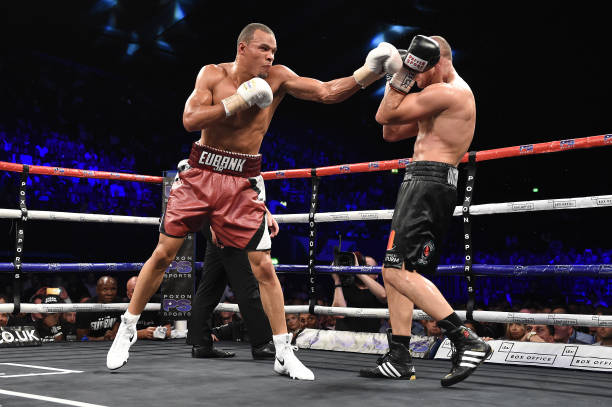 Chris Eubank Jr was dominant as he cruised to victory by unanimous decision over Arthur Abraham in his maiden title defence.

Abraham, 37, may have lost the opportunity to fight for the championship belt itself, having initially missed the weight limit during the weigh-in. He was just under two lbs above the 168lb requirement but luckily managed to lose the excess in two hours.

He started the fight slowly and ultimately paid for it, as Eubank’s evasive tactics ensured he was rarely hit by any significant shots. Round three was Abraham’s best across the twelve rounds, mainly as he continued to force himself toward Eubank and make things uncomfortable.

Abraham couldn’t maintain the pace nor intensity to nullify Eubank’s threat which was simply too much to handle. Almost effortless at times, it was refreshing to see an improved level of discipline from the 27-year-old, who has continued his progression in recent fights.

He was intelligent with movement too, as he manoeuvred around the ring well – regularly moving back to conserve energy after a flurry of hard-hitting punches.

To Abraham’s credit, he invited pressure and his chin sustained plenty of damage. A durable opponent and one that relentlessly continued, despite being aware that he was comfortably losing, is an admirable one.

The sheer speed of Eubank’s punches were ultimately too much to counter, as powerful uppercuts and repeated hits forced the Armenian-born fighter to wobble.

Eubank’s first title defence is complete and he wasn’t under any particular pressure during the twelve-round bout on this occasion. He knows there will be tougher tests in future, not least with fellow Briton George Groves on commentary duty ringside.

“I know I hurt him, hurt him bad [Abraham] but the statement was made. He didn’t win a round against me. I showed my boxing skills, got to twelve rounds and the experience in.

On the prospect of fighting against Groves in the World Boxing Series semi-final early next year:

“Why not? I’m ready for him. You all criticise but I’m a warrior – you [the media] call it showboating, I call it technique.”