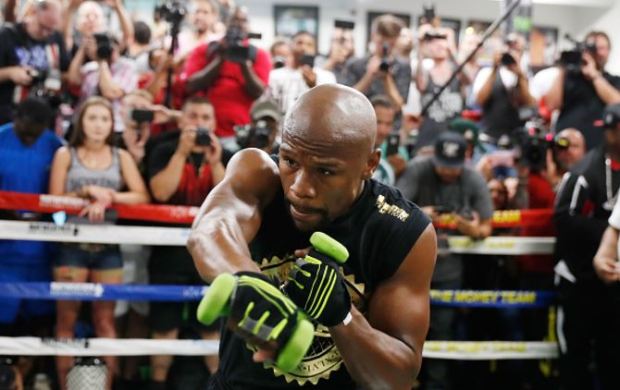 Two weeks away from the hotly-contested bout, Floyd Mayweather has stated his belief that the encounter against UFC Lightweight champion Conor McGregor will not last the full twelve rounds – instead noting there will be a knockout relatively early on.

Mayweather, 40, has already admitted that he is a different fighter to the one who beat Andre Berto on points two years ago.

McGregor, who has never actually fought a professional boxing match before despite claiming some prior training experience, is a heavy underdog for this fight but will have a few significant advantages in his favour.

Perhaps the most intriguing is the age factor, as McGregor – who turned 29 last month – is in the peak years of his professional career as a fighter and his stock continues to rise worldwide.

Mayweather’s desire to retire unbeaeten whilst reaching the 50-0 in the process is a major reason why he was content to take this fight, especially after negotiations between the two parties took so long in the first place.

He went on to add the importance of studying your opponent’s habits outside the ring and how analysing McGregor’s fight tapes might not be as beneficial in his preparation.

They will go head-to-head in Las Vegas on August 26.