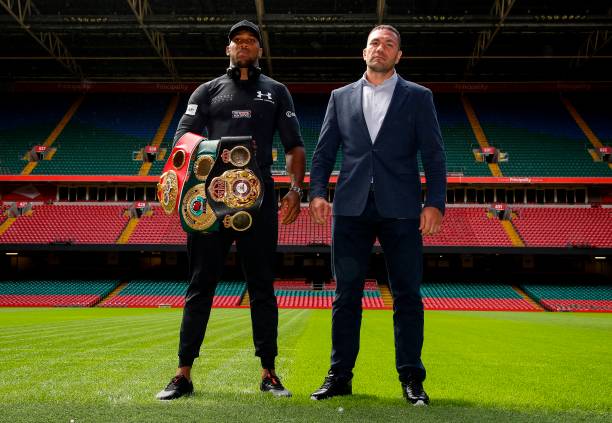 Anthony Joshua is set to take on mandatory challenger Kubrat Pulev at Cardiff’s Principality Stadium later this year. The 36-year-old is unsurprisingly confident that he’ll get the job done on October 28, unlike all of AJ’s previous opponents to date.

Anthony Joshua is scheduled to make the fourth defence of his IBF heavyweight title, whilst also putting both his Super WBA and IBO heavyweight titles up for grabs against the experienced Russian.

Initially expected to face Wladimir Klitschko in a rematch at some stage before the year’s end, plans for that were cancelled after the Ukrainian legend recently announced he’d retired from the sport for good. As a result, Pulev was made the favourite to be Joshua’s next opponent – with their bout set to take place in seven weeks.

On his personal Facebook page, Pulev begun the war of words by stating the following:

“Anthony Joshua is a great and dangerous rival, but his style fits perfectly with mine. In boxing, the boxers’ styles dictate the match and there’ll be not many hugs, there will be heavy boxing.”

Pulev’s only defeat in 26 professional fights was coincidentally a knockout loss by Klitschko (2014, Hamburg). Joshua will be eager to maintain his 100% knockout record against another opponent who promises to provide a stern test.