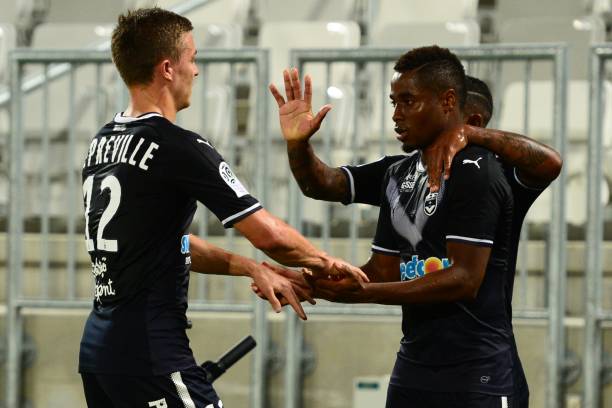 Everyone aspires to be the next best thing. The biggest talent since a certain superstar burst onto the scene. Very few players actually live up to the hype and expectation, though. François Kamano is another youngster eager to prove his worth, especially after receiving the “next Thierry Henry” tag after bursting onto the Ligue 1 scene three years ago.

He turned 21 at the start of May, and it’s clear that the Guinea-born forward has plenty of potential to fulfil. It would be naive to suggest otherwise – not least given that Bordeaux is the perfect place to further his development, as he makes a name for himself across Europe.

It’s what Kylian Mbappé did at Monaco last term, having only signed his maiden professional contract in March of last year. Now, the 18-year-old is part of the fearsome MCN trio alongside Edinson Cavani and Neymar, two of the world’s best forwards.

There are plenty of recent examples, from Ousmane Dembélé to Amine Harit, of young talent that have flourished in France and benefited from their progression. PSG’s star signings may wash away every semblance of competitiveness, but they will also increase Ligue 1 viewership on a weekly basis, as fans tune in to watch these footballing talents in their prime. More exposure on TV and social media helps youngsters quickly gain a name for themselves, and more and more fans will tune in to see the likes of Bordeaux and Nice challenge for European football.

This is a market in which top-quality forwards are hard to come by, so it shouldn’t come as much of a surprise that premium prices are paid for talent in the final third. François Kamano has plenty of that to offer, though his raw ability and inconsistency has held him back in recent seasons.

With an eye for goal, excellent dribbling capabilities, and strong attacking positioning, it’s not hard to see where the comparisons between himself and Henry stem from. Although it’s unfair to compare the two especially at such a tender stage in the Guinean’s career, Kamano knows that with age comes extra responsibility – it has showed in his displays on the pitch.

Back during an interview earlier this year, Kamano had this to say about his areas for improvement:

“I’m trying to raise my level, and I’m working on improving different aspects of my play. I know I have to keep my game simple, play to my strengths – use my power and speed – and vary the way I attack.”

Some of his significant flaws are related to ball retention, accuracy in possession and being responsible when off-the-ball. It’s clear that he has worked on improving all three, especially if you’ve watched him in the early weeks of this season.

With four assists, a goal and Man of the Match award in six Ligue 1 appearances thus far, his 2017/18 statistics prove that Kamano is being more intelligent with the ball. He doesn’t constantly need it to his feet; instead, he is more focused on creating angles for pass-and-move options, or dragging out defenders to open up spaces in the final third. An 87% pass accuracy rate thus far is already a 7% increase on last season’s average, while he has won more duels (percentage wise, both air and on the ground) this term in comparison to his previous campaigns. [WhoScored]

There are plenty of ways in which Kamano’s movement can trouble opponents, but the aforementioned lack of consistency – combined with spells where he’s been out of the side or on as a second-half substitute mean his overall goal contribution numbers aren’t particularly impressive. He’s not able to express himself freely in this manner and it’s important to note he didn’t start over 50% of Bordeaux’s Ligue 1 fixtures last season.

After netting eight goals and three assists in 50 matches for Bastia, Bordeaux spent €2.5m on him in the summer of 2016: he’s netted nine goals and created eight assists in 44 club appearances to date. [Squawka]

It’s not setting the world alight, but Kamano’s eagerness to improve is clear to see. Perhaps unsurprisingly, he’s receiving more bookings for an increased defensive presence, which is both encouraging and something that can be worked upon in future.

His positive attitude to succeed and workrate hasn’t gone unnoticed either. Highly-rated manager Jocelyn Gourvennec, appointed last May, said this about the 21-year-old during a February interview with local paper Sud-Ouest:

“He’s still young… we saw glimpses of his ability when he was at SC Bastia. He’s showing more consistency now, and he’s proving he can really hurt defences. He varies things well, now he needs to keep it up.”

With the likes of Malcolm and Otávio carrying the ball into dangerous areas, he pesters fullbacks with intelligent off-the-ball runs, while also conserving energy to deal with his defensive responsibilities more effectively.

It’s a win-win situation as his team-mates win the ball back, scan for passing options going forward, and see Kamano accelerating down the flanks for a quick counter. He’s most recently been deployed on the left flank despite being right-footed, which is an impressive yet under-rated asset  as it shows the capability to utilise both feet to good effect.

Deceptively powerful, quick, and unselfish, Kamano will hope that he continues to impress over time, justifying to Gourvennec why he’s not only a key player within the side, but also one that he can rely on in big matches. If he can show these types of displays on a regular basis, these lofty Henry comparisons may come to fruition.