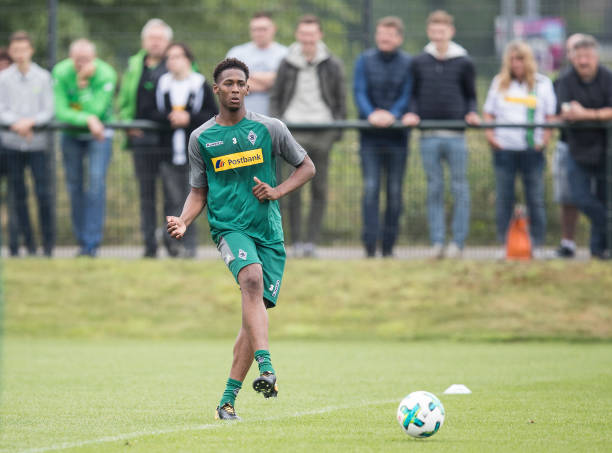 It’s been over two years since Reece Oxford burst onto the scene with West Ham during a surprise 2-0 Premier League win over Arsenal at the Emirates. Deployed in defensive midfield, he impressed. Understandably, the hype machine kicked into overdrive. A 16-year-old had excelled against one of the league’s best sides a week before picking up his GCSE grades.

What’s happened since? The hype machine quickly ran out of petrol. Oxford made six more top-flight appearances but predominantly continued his development with the u23s.

In last season’s second half, West Ham decided to loan him out. Clubs aplenty were interested but, for Oxford, the prospect of playing under a great defender like Jaap Stam was too enticing to turn down. He made the decision to join Championship side Reading in January.

If we’re being honest, it was an unsuccessful spell for someone with high aspirations to play regularly. He only made five appearances, two of which were starts. Come summer, the teenager’s competitive fire was fueled to find regular minutes elsewhere.

When the season-long move to Borussia Monchengladbach was announced, it was a surprise. While English youngsters seeking playing time abroad is an increasing trend, most don’t play in top leagues.

Gladbach was ninth in the Bundesliga, last term, but die Fohlen had their own lofty ambitions. It seemed bizarre for Dieter Hecking to take a highly-rated youngster on loan without any clause in the deal to sign or extend his contract beyond the original season-long agreement.

For example, look at Gladbach’s arrangement to take Andreas Christensen on loan from Chelsea. His experience was hugely successful. He spent two years in Germany. If he cannot crack Antonio Conte’s first XI, the club is first in line to welcome him back.

“We will lose him, because he has to return. This is certain. But, if he does pre-season at Chelsea and then does not play the role that he hopes to, we have the chance to talk again as a club where he has gained two years’ good experience.” – Gladbach boss, Max Eberl

Oxford may have fallen victim to the hype. Youngsters don’t want to hear they’re not yet ready. Given his age and relative inexperience, West Ham can be excused for seeking top professionals at a time when it was defensively fragile. Angelo Ogbonna and Jose Fonté were just two of the Hammers’ recent defensive acquisitions. Oxford’s senior pathway was always going to be a challenge. Eventually, Oxford acceptedthat, thinking in part about Christensen.

Andreas did well. He was here for two years. I played against him once and he’s a very good player. Now he’s back at Chelsea, so hopefully I can follow in his footsteps and help the team to progress.”

Having rarely played for Reading prior, then after the manner in which Oxford’s loan failed, questions must be asked. During negotiations, Gladbach surely offered assurances he’d play regularly? Otherwise, isn’t this whole experience counter-productive for both sides? Yes, he was in unfamiliar surroundings with a new language to learn. That’s part of the process. Still, Oxford was mainly there to perform, to prove to everyone, West Ham included, why he should be a first-team regular.

An unused substitute throughout, he was cited as having ankle problems ahead of Gladbach’s DFB-Pokal 1st round fixture. One side or the other failed to do its due diligence, especially given Matthias Ginter also joined from Borussia Dortmund for £15 million.

That deal was finalised just a fortnight after Oxford’s arrival, an early hint he wouldn’t be their first-choice in central defence. Jannik Vestergaard, 25, was ever-present last season. His time in the Rhine valley must have been déjà vu re: his frustration in east London.

Perhaps if he had picked a lesser Bundesliga side and come to an agreement over playing time, he’d be enjoying success. He could have played alongside Kyriakos Papadopoulos at Hamburg for instance, or opted for a different country altogether.

Pedro Chirivella, on-loan from Liverpool, is a perfect example. The highly-rated Spanish midfielder made his competitive debut in the UEFA Europa League two seasons ago. He featured once in the Premier League, as well as making FA Cup appearances, then went on loan to Go Ahead Eagles last term. Having excelled at the second-tier Dutch side, he earned a season-long loan move to Willem II in the Eredivisie.

He’s played every match this campaign, continuing to enhance his development. In contrast, Oxford choosing Gladbach was Icarus reaching for the sun. Had he and his entourage done their research before deciding a destination, it would’ve saved him the unwanted embarrassment of a recall as well as wasted time during a crucial phase in his development.