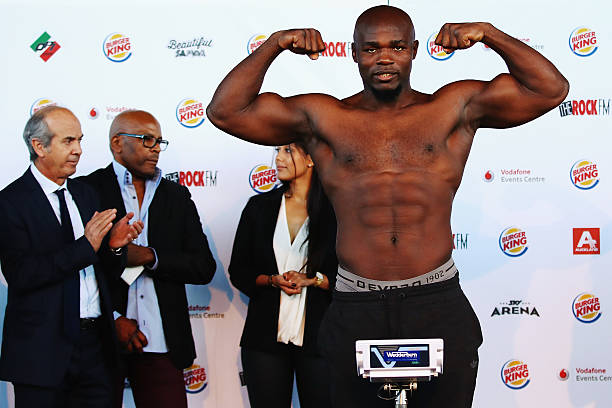 With less than two weeks until his scheduled bout, Anthony Joshua has to prepare for another opponent. Kubrat Pulev has pulled out with a shoulder injury, meaning experienced Frenchman Carlos Takam will replace him on October 28.

Pulev was the mandatory challenger to face IBF and WBA champion AJ, but the 36-year-old Bulgarian will miss out on competing for the belts in Cardiff. He reportedly damaged his shoulder during a sparring session and would not be fit to face Joshua in time through injury, though the extent has not been specified yet.

Takam, also 36, is replacing him on less than two weeks’ notice. It has to be stressed that although he was already prepared for this possibility, many didn’t expect this to actually occur.

Pulev will have to wait a sustained period before having an opportunity to fight Joshua now, not least with Eddie Hearn’s plans for the 28-year-old.

“It’s difficult for AJ,” Hearn stated. “Having prepared meticulously for the style and height of Pulev, he now faces a completely different style and challenge in Takam. This hasn’t happened in his career before but he is ready for all comers.”

“I made a deal with Takam’s team to begin [training] camp and be on standby for this fight [once originally announced]. When I called them this evening, they were overjoyed and good to go.”

Takam is widely considered a lesser opponent in comparison to Pulev, but ultimately has nothing to lose here. He’s not expected to prevail or really test Joshua, so this encounter becomes an increasingly intriguing one.