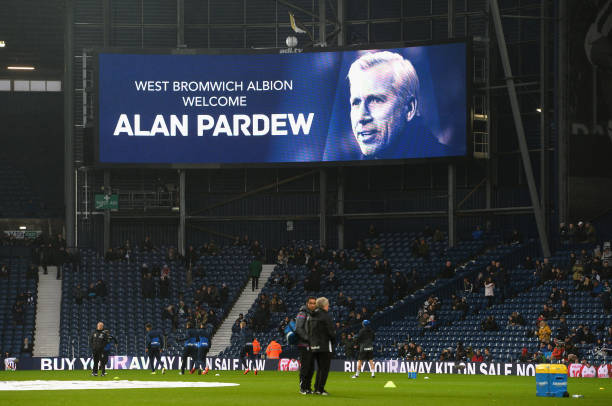 West Brom have appointed former Newcastle and Crystal Palace boss Alan Pardew as their new manager. Having sacked Tony Pulis on 20 November, the Baggies are on a winless run of 10 Premier League games without victory, leaving them just a point above the relegation zone.

Pulis was appointed as Albion boss at the start of January in 2015 and despite managing stability with WBA, only had a 31% win rate prior to his dismissal.

“I’m thrilled with the opportunity to work with a talented group,” he said.

“The immediate challenge will be to get the results we need to pull ourselves up the table.

“But I’m aware that while I’m joining one of the great, traditional clubs of English football, it is one determined to go forward in the Premier League.”

This appointment means Pardew is Albion’s sixth manager since 2011. John Carver, Pardew’s former assistant at Newcastle, will join the backroom staff while Gary Megson – who took temporary charge – is set to depart.

His first game will be against Palace in the league at the Hawthorns on Saturday, 2 December (15:00 GMT).

Pardew, who has also had spells with Reading, West Ham, Charlton and Southampton in an 18-year managerial career, lost the FA Cup twice as a manager.

He was named the League Managers’ Association Manager of the Year in 2012 after Newcastle finished fifth place in the Premier League.

However, he has also been involved in various controversies during his career – including confrontations with Arsene Wenger and Manuel Pellegrini. His most serious incident was headbutting Hull City midfielder David Meyler, where he was fined £100,000 and given a formal warning in 2014.

Among his statistics, he has already managed 300 Premier League games. His overall win percentage in the top flight is 35.8%, while he made history with Palace – becoming the first manager in the league to guide a team to a top-half finish after being in the relegation places at Christmas.

NOTE: This is not my own published copy, instead an edited piece for a Uni assignment. For any questions you may have, email: mosope.ominiyi@gmail.com