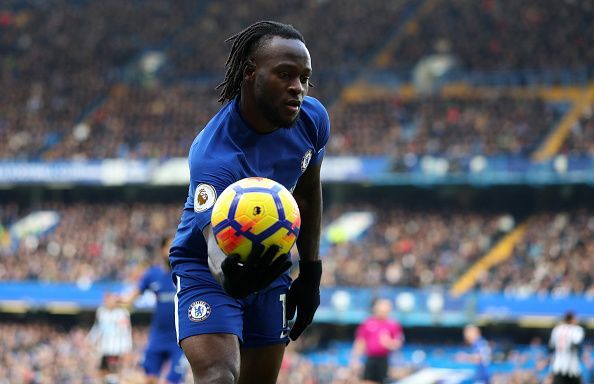 Victor Moses was reportedly close to the exit door at Chelsea just 18 months ago. Now, he’s one of their most important players. How?

If anything can typify how quickly things can change in an instant, football is a perfect example.

Victor Moses has officially been a Chelsea player since the summer of 2012, having made a £9m switch from Wigan Athletic. A good athlete, he was a menacing prospect for defenders to contend with and one who proved an effective attacking outlet on the flanks under Roberto Martinez for the Latics.

The move was welcomed with surprise, as many were sceptical as to just how many first-team minutes he’d earn in west London. They were justified in having reservations too, as he was continually loaned out – Liverpool, Stoke City and West Ham were all beneficiaries of the Nigerian’s services.

However, he was played in a range of positions with mixed success, rarely having the opportunity to assert his credentials due to regular muscular injuries, while he did not contribute enough in terms of statistics to warrant a starting place when fit.

So when he finally returned to Chelsea under new management in Antonio Conte last year, he knuckled down and was keen to impress during their pre-season campaign. Impress was precisely what he did, with the Italian opting to include him as part of his senior plans.

After a humbling 3-0 defeat at the hands of London rivals Arsenal last September, Conte decided to make a significant tactical switch which has since rejuvenated Moses and contributed to their consequent Premier League title success too.

Changing their formation to a 3-4-1-2, this allowed two wing-backs to act as auxiliary defenders out of possession, while also contributing during in the attacking phase when Chelsea have the ball.

This has helped to utilise Moses’s threat down the flanks while also ensuring he does not shy away from defensive responsibilities too. With centre-backs which include Gary Cahill and especially David Luiz, they tend to have a mistake in them and need protection from team-mates, which this formation has helped provide.

To describe Victor as a laughing stock is harsh, though the fact that many were speculating where his next move would lie — this time a permanent one — just 18 months ago, it reiterates just how far he has come in such a short time-frame.

Strengths and learning on a weekly basis

He has crucially learned from earning regular minutes in the side, knowing when to push forward as well as improving positional awareness, a key area for success in his position.

His range of attributes, not only limited to his blistering acceleration, help him regularly win the ball from opponents before they get into dangerous positions to create goalscoring opportunities.

The relentless engine he possesses is impressive too, as he’s able to cover every blade of grass and continually run down the channels throughout the 90 minutes without showing any signs of fatigue. For opponents looking to spot weaknesses, it must be frustrating to see that.

As briefly mentioned, he’s a real physical presence and uses his strength to good effect – being able to shift players off-the-ball and also win duels for possession, it helped him assert his place in the team. Being consistent is another area of his game that has improved significantly in recent seasons, but having less pressure to perform is important to note.

Now, as opposed to while he was playing as an actual winger, he’s expected to balance his defence and attacking duties. He’s still technically part of the backline, but has been given some freedom to get forward – which he has always wanted to do.

It’s for good reason too, as he has created a multitude of opportunities for teammates simply from driving down the flanks with the ball at his feet. Once he gets going, it’s hard to quell his threat and he does pop up with important goals too. 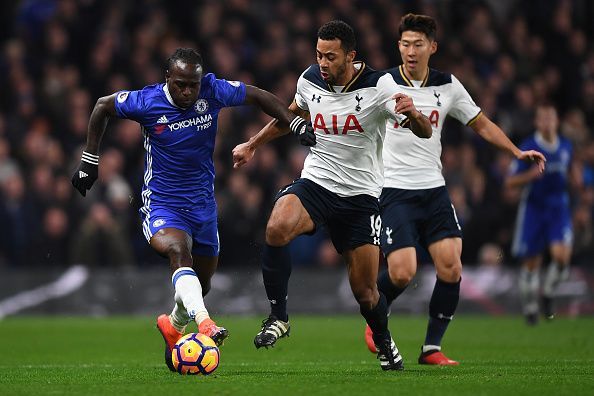 It was his well-taken finish against Tottenham which helped secure all three points in a tense affair at Stamford Bridge, while he combined well alongside Eden Hazard to break the deadlock against Southampton last season. They probably would not have won either match without his contributions.

This season, it’s been more of the same. When he’s not in the side, you can tell the difference between himself and summer acquisition Davide Zappacosta, who was probably bought as competition for the spot more than anything else.

The Italian has been out-of-sorts and struggles with one-on-one defending more regularly than Moses, while thus far being unable to justify his worth in attack – one freak goal against Qarabag aside.

Moses missed five matches with a hamstring injury but on his first start back in the side, created two assists. An inviting delivery for Álvaro Morata to finish from close-range, before winning a spot-kick after bursting into the area before being hauled down by Matt Richie. 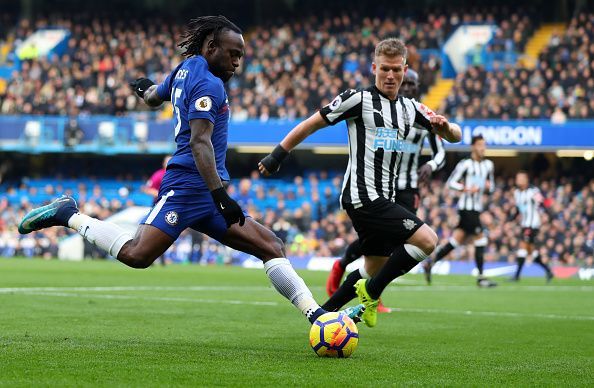 Despite being sidelined for a month, we’re halfway through the campaign and Moses’ stats speak for themselves. 17 tackles won, nine interceptions, nine chances created, eight key passes and 16 successful take-ons (all competitions).

His performances certainly have not gone unnoticed either; Jamie Redknapp praised him as one of the world’s best fullbacks at present.

His surprising omission from the CAF African Player of the Year shortlist was met with outrage from Nigerian Football Federation president Amaju Pinnick, but the 27-year-old has nonetheless embraced 2017 as his finest year yet, which just shows the type of person he is.

Dujon Sterling continues to impress in the youth ranks and it seems only a matter of time before he and other talented teenagers alike aim to breakthrough just like Moses did, when no-one gave him a chance.

It’s a refreshing story and one that will stand him in good stead, as he aims to continue improving ahead of next summer’s World Cup in Russia – having featured the first African side to qualify for the tournament itself.