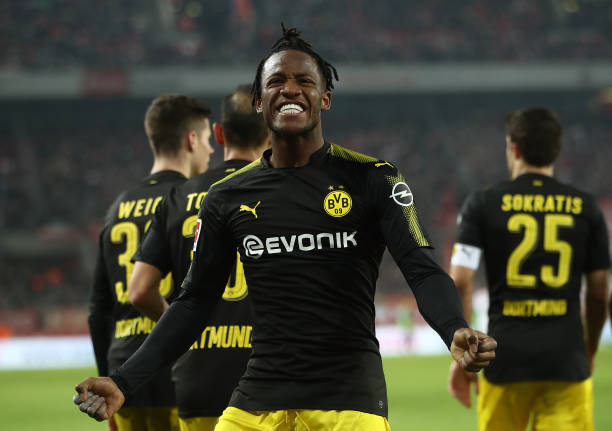 The 24-year-old Belgian, who sealed his loan move to BVB on deadline day, netted a brace and created the assist for Andre Schurrle’s winner on a dream debut against FC Köln.

He could’ve had a hat-trick too, but for VAR, as he was correctly ruled offside after slotting home before the break. Shinji Kagawa hit the crossbar early on before the Chelsea loanee broke the deadlock with aplomb from close-range, making good use of Jeremy Toljan’s work down the flank.

Simon Zoller equalised on the hour mark with a headed rebound, although Roman Burki was heavily criticised by commentators for his involvement in the goal – the initial strike was one he should have dealt with better in truth.

However, it was never going to be a drab ending to such a fast-paced match. Jorge Mere headed home from a corner to level the scoring once more, before Schurrle broke Cologne hearts after a blistering run forward into the area.

Teed up by Michy, he darted goalwards and sent a sumptuous strike beyond a helpless Timo Horn right in the top corner.

Sokratis made a heroic block to deny a goal-bound effort minutes later and the visitors held firm for their first league victory of 2018 – meaning they’re now second in the Bundesliga, level on points with both Bayer Leverkusen and Schalke who have fixtures in hand to play this weekend.