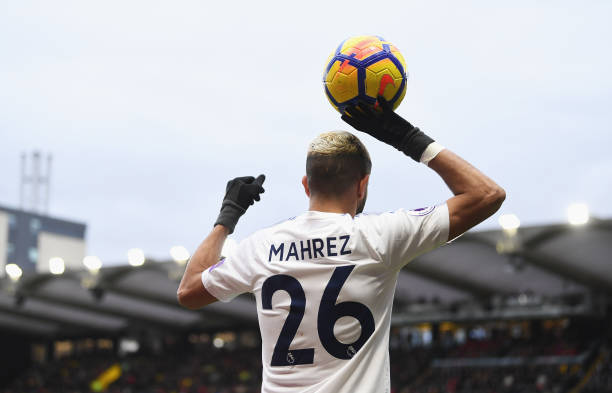 According to various reports, Leicester City winger Riyad Mahrez has now missed first-team training for four consecutive days and is on strike after his proposed deadline day move to Manchester City fell through over the price. But why and how has this happened?

The Foxes rate the Algerian highly and rightly so, the 26-year-old was one of their best players during an unforgettable title-winning campaign in 2015/16.

He won the PFA Players’ Player of the Year award and in N’Golo Kanté’s absence, has lead by example on the pitch – despite lacking consistency at times – since their successful spell two seasons ago. 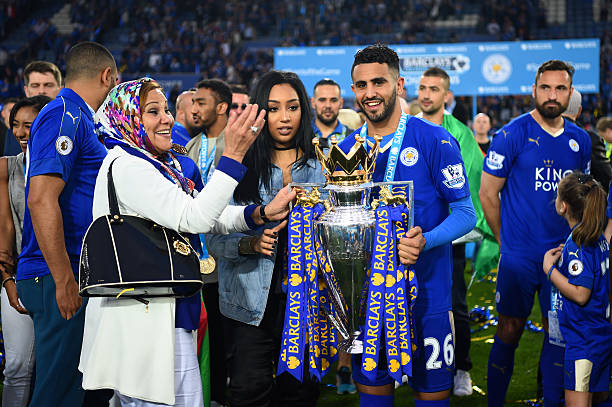 Mahrez (pictured, further to the right) celebrates with the Premier League trophy alongside his partner and mother following the remarkable 2015/16 campaign. (Picture source: Getty Images)

However, he was under the illusion that Leicester would let him leave, even though they admitted they were reluctant to do so. For the right price, they would. On separate occasions, they had rejected advances from multiple suitors including Arsenal, AS Roma and Liverpool in previous transfer windows.

This time, the frontrunners were league leaders Manchester City – especially toward the end of January. Pep Guardiola is always keen to strengthen in depth where possible. Given injuries to both Gabriel Jesus and Leroy Sane, they made an approach for Mahrez’s services but were warned he would not come cheap.

On deadline day, a £50m bid as well as player exchange for 21-year-old winger Patrick Roberts (currently on-loan at Scottish champions Celtic, they rate him at £15m) was tabled. Leicester wanted more though, instead holding out for £80m upfront – using recent transfer dealings for Liverpool’s Virgil van Dijk (£75m) and Barcelona midfielder Philippe Coutinho (£142m) as inspiration for why their higher price was justified.

It’s still unclear as to whether or not Mahrez was granted permission to be absent, but manager Claude Puel has pleaded with supporters to welcome the Algerian back once he does eventually return.

“I hope Riyad can clear his head and come back with us, as he’s a valuable player for us and crucial in our play. After some time, he will come back. He is our friend and I think all the staff and players will help him with a good mentality and positive attitude, to enjoy his football with team-mates again,” Puel said, as quoted by BBC Sport.

Riyad is a good player but he is a good man also – I respect him. It’s important to manage this with calm inside the club. All the staff, especially all the squad, they are his friends. Of course, no problem when he will come back with us, with a good feeling for all the people.”

£50m, as well as Patrick Roberts? It’s a surprise to me that Leicester did not take the deal – after all, they would be getting themselves a promising youngster with the potential to be better than Mahrez himself in a few years’ time.

No player is bigger than the club and although his quality cannot be questioned, Mahrez has actively agitated for a move on multiple occasions. Making this deal such a hard one to negotiate could ultimately backfire from Leicester’s perspective, even if he still has two-and-a-half years left to run on his existing deal.

“Riyad is very depressed – he doesn’t understand why Leicester have behaved in the way they have. This is the fourth transfer window in which they have said they will allow him to leave. He feels very strongly that he has done everything in his powers for the club.

He’s given his all for Leicester this season so that he could leave in this window – joining City would have been a dream for him. Playing for Pep Guardiola is something he is still desperate to do. That seems a long way off right now, he’s very down about how he has been treated by a club he has served so well.” Part of a lengthy statement issued by Mahrez’s entourage, released to Sky Sports

It doesn’t look great on their part either, for the fact that they did not even contemplate scouting for genuine replacements or a way to reinvest the transfer fee back into their squad to make it much better than it is currently. Being brutally honest, it’s average at best.

We’re now into the business months of the campaign and Leicester have fixtures coming thick and fast. Doing battle without their star man isn’t going to make matters any easier, so the staff at the club need to do all they can to get him back on their side – at least until the season’s end – for both parties.