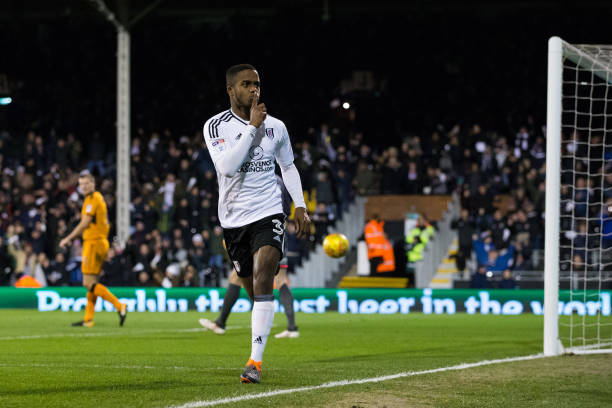 Fulham’s unbeaten run extended to twelve league matches after a 2-0 win over leaders Wolves on Saturday and naturally, they would be justified in quietly believing automatic promotion is still a realistic target they can achieve.

Following last year’s play-off defeat by Reading in the semi-finals, you can already tell there’s more of a collective effort to ensure history does not repeat itself in consecutive seasons. At the forefront of their promotion push, is the club’s youngest first-team player.

Sessegnon, who completed his senior breakthrough last season, has established himself as a first-team regular under Slaviša Jokanović and embraced the challenges that come with the promotion too.

After a Man of the Match performance and well-taken brace away against Newcastle in 2016/17, Ryan’s status as one of England’s most talented youngsters suddenly accelerated.

The way in which he operated at St. James Park, unfazed by the occasion and eager to take players on, instantly made him stand out from the typical youth prospect – despite being regularly stationed at left-back.

It became increasingly clear that although capable defensively, playing there certainly stifled his true potential going forward. While he still occasionally plays there now, it’s more a case of accommodating other team-mates as opposed to a slight on his attacking capabilities. After all, he’s Fulham’s top goalscorer this term with 13 goals.

For someone so young to take this all in his stride, it says a lot about Ryan’s character and also how he’s being kept humble by friends and family – including younger brother Steven, who plays for Fulham’s under-23s and will be hoping for a similar breakthrough in future.

London-born, it’s refreshing to watch his progression while top European sides are naturally inclined to monitor the teenager’s situation in west London.

On the pitch, he has taken on more responsibility for Fulham this term and continues to earn plaudits as a result of exciting performances. If last season was his breakthrough campaign, this term is where he has flourished.

Statistics justify this too, as he’s created more going forward and also contributed significantly further defensively to support his team-mates out of possession.

With 38 goalscoring chances created, 43 successful take-ons and an improved shot accuracy percentage too, Sessegnon continues to excel at a pivotal stage in his development.

Defensively, there’s also improvements. He’s already won 34 aerial duels compared to 18 last term; whilst 33 successful tackles, 18 interceptions and 59 clearances prove he’s unafraid of doing the dirty work when out of possession. Those statistics are even more impressive when you consider the fact that there’s still around three months left to play this season.

Only Manchester City’s Sergio Aguero has netted more goals across England’s top four divisions in 2018, which is remarkable given the circumstances. Not a striker by any means, Sessegnon has scored the bulk of his goals when operating down the left wing.

Crucially though, he has already developed some tendencies linked with strikers – including excellent spatial awareness and the ability to anticipate dangerous moments before defenders are able to react accordingly.

His blistering turn of pace makes him a nightmare for defenders to deal with, whilst the vision he possesses allows for excellent link-up play across the pitch with teammates. 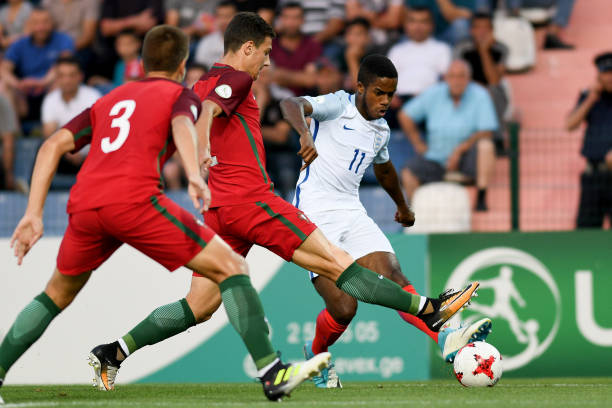 Sessegnon played a significant part in England’s success at under-19 level last summer, helping his side win the European Championships for the first time in over 20 years.

You could argue that Ryan’s extra motivation to succeed recently has stemmed from his exploits with England’s under-19 side last summer.

Ryan played a pivotal part in helping his team win the European Championships – England’s first time since 1993 at that level. There, he started every match in his favoured role on the left and netted three goals during the tournament.

Speaks volumes for the development of youngsters, those prepared to take risks by going out on-loan or not necessarily choosing the best sides initially are often those who benefit the most.

With that in mind, Sessegnon’s stock continues to rise and for all of Fulham’s prestige, they’re resigned to losing their wonderkid at some stage in the coming years.

It’s a case of when, not if. Transfer speculation has suggested Tottenham are frontrunners for his signature and are prepared to pay a premium for his services – between the region of £35-50m.

Liverpool, Manchester United, PSG and Real Madrid are just a handful of other clubs who have reportedly registered an interest in him, though it genuinely seems as though he’s happy to remain at Craven Cottage for the time being.

He signed his first professional contract just before July’s u19 Euros and there’s no clauses which give bigger clubs free reign over his future.

At the time he said: “I’m excited to see what’s in front of me at this club. Hopefully we can all push on now. Last year I got a lot of opportunities from the gaffer and I just want to continue that.”

It’s something he’s been keen to echo throughout the campaign, whenever questioned about his loyalties. Whether that be through his celebrations with the badge or post-match interviews.

“Credit to the gaffer for playing me in a higher position, I think credit also to the team as we’re playing well – it’s making me better.” Sessegnon post-match after last weekend’s win over leaders Wolves

After all, Fulham are his boyhood club – why would he leave without being granted first-team assurances in his preferred position at better sides? For now though, the quest for Premier League promotion is his top priority, as it should be.