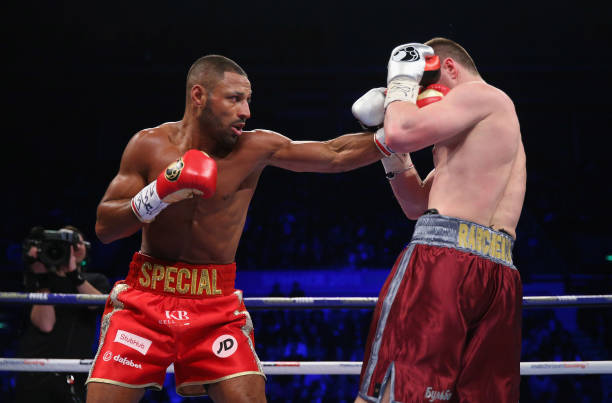 Kell Brook was impressive during his return to the ring, with a second-round knockout victory over Sergey Rabchenko at the FlyDSA Arena to secure the WBC Silver super-welterweight title in style.

The 31-year-old had not been seen since defeat by Errol Spence Jr. for the IBF welterweight title in May last year.

Many suggested that it’d be time for Brook to potentially consider retirement after consecutive losses, having suffered a frustrating TKO loss by Gennady Golovkin for championship gold back in September 2016 too.

However, he’s worked hard behind-the-scenes in his efforts to try and silence his critics. Tougher opponents lie ahead but as he stressed during his post-fight interview, his dominant performance is sure to “put everyone on notice”.

Rabchenko, who was previously one of Brook’s sparring partners, didn’t put up much resistance in fairness and questions will still be asked about Kell’s durability going forward against tougher opposition.

However, you can only beat what’s in-front of you, that’s precisely what he did on this occasion. Although he looked nervy during the walk out, a vocal Sheffield crowd were quite clearly behind their man and any pre-fight doubts quickly eroded following the first bell.

He commanded himself well and was quick to put the pressure on Rabchenko, who did not respond well to Brook’s punching combinations nor hit him with many significant strikes during their five-minute encounter.

Although the Belarusian attempted to be aggressively in the early exchanges, Brook’s nifty footwork managed to stifle his attempts.

He was dropped by a powerful straight right after a nasty left uppercut, and despite attempts to get up before the referee’s ten count, they were futile. Unsteady and clearly unable to continue, the referee Steve Gray confirmed a confidence-boosting victory for Brook. 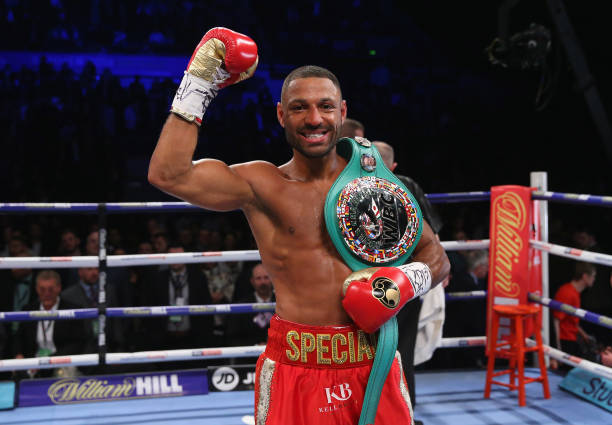 “Was an unbelievable [crowd], my life couldn’t be better right now. My hands aren’t hurt or anything so I’m going straight back to the gym. I felt comfortable with the weight, my stomach and everything felt good – relaxed, strong and stable.”

When quizzed on a possible welterweight fight against Amir Khan later this year, he said: “Everyone wants to see that fight, why can’t we make it happen?”

“Two-weight world champion, that’s the dream. Of course I can do it.”

After thanking the Sheffield crowd for their support, promoter Eddie Hearn echoed Brook’s confidence, too.

“He’s a world-class fighter, one of the biggest talents and always has been. I do believe he’ll be a two-weight world champion in 2018 – he’ll be back in the ring in June.”

“Of course, Khan-Brook is the fight we’ve wanted for three or four years now. Kell has passed the test, so of course, we see what’s next.”

An-all British bout with long-term rival Amir Khan could definitely be on the cards, but first Khan has to focus his attentions on Canadian Phil Lo Greco in his own comeback fight – on April 21.