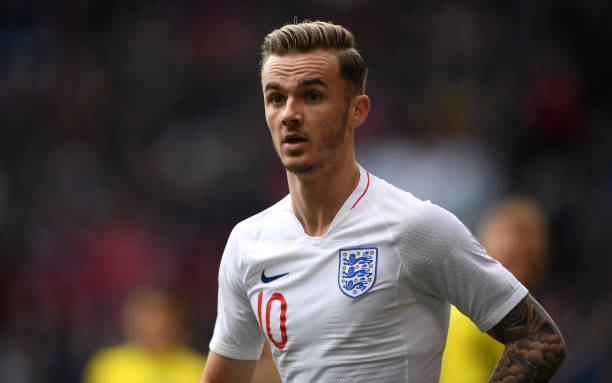 It’s almost been four years since Norwich City’s relegation from the Premier League was confirmed after an 18th place finish under then-boss Chris Hughton and they haven’t had many star performers to help boost their chances of a top-flight return. That was, until now.

Eyebrows were understandably raised at Norwich’s decision to sell Alex Pritchard with Premier League newcomers Huddersfield the beneficiaries of a £12m winter acquisition in January.

The former Tottenham midfielder was only signed in August 2016 and naturally, it didn’t take him long to prove his worth, earning a starting berth as the Canaries’ creative force on a regular basis. Recovery from ankle surgery meant that his first-team minutes were severely limited during the first half of this campaign, but he still remained one of Norwich’s best players.

So questions over the club’s long-term planning were justifiably raised following his sale, especially with a fear that bigger sides would replicate the same move for their better players and it’d become a never-ending cycle too tough to avoid.

This season though, there’s been one player who has stepped up in Pritchard’s absence and relished doing so. James Maddison, 21, who has netted 13 goals and created a total of 93 goal-scoring chances in England’s second tier thus far this season.

He has excelled, making the number ten role his own whilst improving all the time with increased minutes and added responsibility to boot.

It’s all the more refreshing to know that he’d previously been out on-loan at Scottish side Aberdeen and former side Coventry – where he graduated from their youth academy – prior to this season’s red-hot form.

Why? While Maddison has flourished, the majority of his teammates have struggled to replicate his success and their results justify that.

They’ve won and drawn only one more game (13) than they have lost this season, which is simply not good enough for a side with promotion aspirations.

Norwich find themselves in 13th place, 10 points off Tony Pulis’ Middlesbrough side – who currently hold the final play-off place with eight games remaining. There is an air of inevitability present that suggests Maddison will not be at Carrow Road for much longer, not least with the amount of interest from elsewhere.

Many Premier League clubs have reportedly sent scouts out to monitor the Englishman’s development over the past few months, which is not a surprise given the amount of attributes at his disposal. 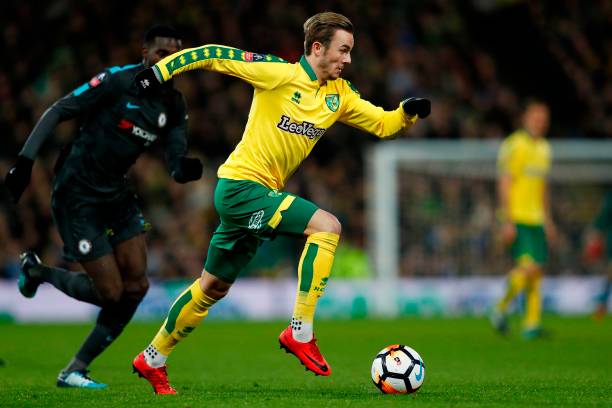 Maddison (centre) in FA Cup action against Chelsea, where he was heralded as one of their best players pre-match and treated as such.

He’s an exciting player to watch, one blessed with attacking flair who carries himself with a confident swagger which commentators and supporters alike are quick to pick up on. During Norwich’s FA Cup draws against Chelsea, they were quick to describe it as an “audition” for the 21-year-old – which just goes to show how many people are now monitoring his performances.

Comfortable with the ball at his feet, he’s a technical operator in midfield and his statistics prove that too. With 81 successful take-ons (69% success rate) as well as 87% pass accuracy this season, James continues to improve all the time and clubs are not alone in noticing that.

England calling and his future

His impressive form warranted a maiden call-up to the England U21 squad back in November, where he featured in a 10-minute cameo during their 2-0 win over Ukraine. During their most recent meeting last week, Aidy Boothroyd called him up once more as he made another cameo from the substitutes’ bench during their 2-1 home win against Romania on Saturday evening.

In the current squad, Maddison is arguably the best and most technical player in his position, so his rising stock also comes as no surprise.

Having drawn comparisons to Tottenham’s Dele Alli for the way in which he has embraced the opportunity to flourish with both hands in the lower leagues, the future is bright for the Coventry-born midfielder.

From the 27-man squad, only five players are not contracted to a top-flight club. West Ham reportedly made a £12m bid for Maddison’s services in January but Norwich will be expecting far more than that in the summer, given the circumstances.

Liverpool, Tottenham and champions-elect Manchester City are just three of the top sides who are interested in him, but he’s at the age where he’ll want to be playing regular first-team football so his next decision could prove pivotal for his career.

It will be intriguing to see where his next destination is, but Maddison represents another prime example of a talented youngster who has benefited from patience and persistence on their way to the top.