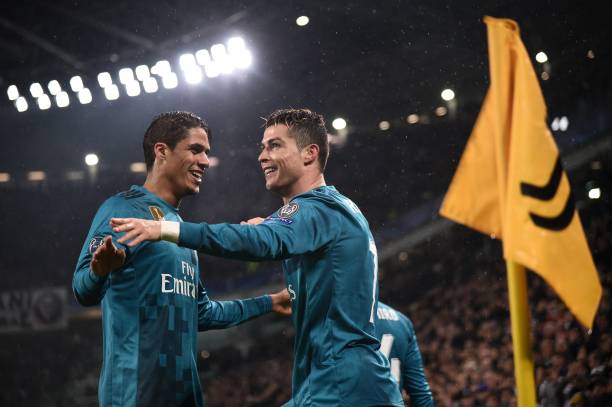 Cristiano Ronaldo netted a brace, including a fantastic bicycle kick finish to help fire Real Madrid ever closer towards this season’s Champions League semi-finals after a 3-0 away victory in Turin over ten-man Juventus.

This meeting was billed as an intriguing tie and had the makings of precisely that, not least with Juve eager to exact revenge after a frustrating 4-1 defeat in Cardiff”s final last June.

However, Massimiliano Allegri’s men got off to the worst possible start as Ronaldo broke the deadlock from close-range after just three minutes – slotting Isco’s cross into the bottom corner, leaving Gianluigi Buffon helpless.

You’d have thought the hosts would have learned their lesson after Ronaldo was equally rampant when it mattered most last season, but the highly-rated backline struggled to keep tabs on him throughout and it showed.

The Portugal international broke a record in the process, becoming the first ever player to score in 10 straight Champions League matches, but things could’ve gone a different direction if not for chances squandered up the other end.

Juventus responded well to going a goal behind and Gonzalo Higuaín forced Keylor Navas into an excellent save from point-blank range to keep his side ahead, shortly after Paulo Dybala’s goal-bound effort was blocked in heroic fashion by a sliding Sergio Ramos. 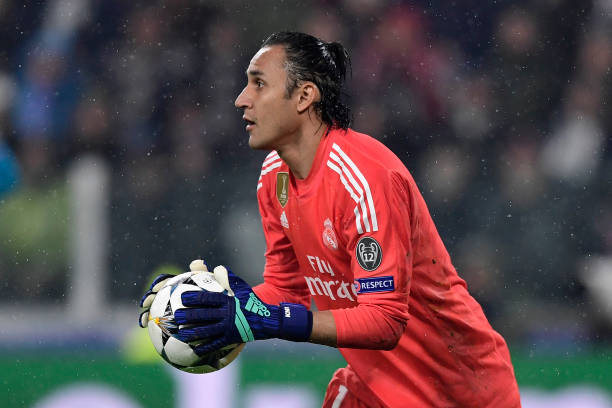 Navas kept his 10th clean sheet of the campaign, a hard-earned one having to remain concentrated with saves at key moments as Juve pressed in the first-half. (Picture source: Getty Images)

The talented Argentine managed to combine well with his team-mates at times but was constantly pressed by Real’s backline whenever he edged closer towards the box.

Toni Kroos saw his rasping long-range drive smack the crossbar before Dybala was booked on the stroke of the half-time interval for a dive inside the area.

Juventus appeared to be edging closer towards the all-important equaliser and perhaps Zinedine Zidane could sense the tide turning somewhat shortly after the break. So on the hour mark, he replaced Karim Benzema with Lucas Vazquez – an injection of pace – just minutes before their lead was doubled.

Doubled it was, and in some style too. It couldn’t have been anyone but Ronaldo to score such a strike, majestic and equally brutal in the same movement just seconds after a communication mix-up between Buffon and Giorgio Chiellini saw the goalkeeper in no man’s land.

Vazquez’s effort was parried partially clear by Buffon before the ball was eventually fizzed back into the box by Dani Carvajal and Ronaldo had the presence of mind to shoot from an improbable angle, especially given his body position at the time.

He adjusted quickly enough and leaped in the air, striking acrobatically and within a flash, the ball flew into the bottom corner. To score that type of goal at that moment, when his team needed him most, Ronaldo just continues to prove why he’s invaluable for Real Madrid and always has been.

Dybala was given his marching orders for a second yellow card, albeit harshly, just minutes later after colliding with Carvajal trying to control a high ball. 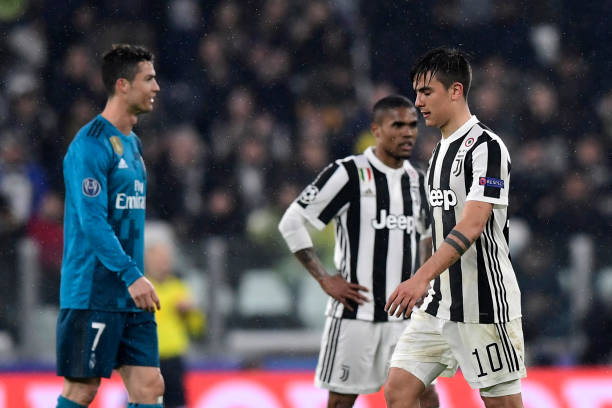 Just not his night: Dybala trudges off after receiving his marching orders midway through the second-half. (Picture source: Getty Images)

He’ll miss the second leg through suspension as a result and although he too is a valuable asset, the result was arguably put to bed just before his dismissal to begin with.

Speaking of suspensions, Rodrigo Bentancur and the aforementioned Ramos – who cynically hauled Dybala down on the edge of the area, will both not feature in next week’s second leg after receiving bookings here.

Real were not finished there, though. There was still ample time for left-back Marcelo to score his second Champions League goal in three games after a one-two exchange with none other than Ronaldo himself.

Substitute Mateo Kovacic hit the crossbar with an effort of his own late on, while it was not all plain sailing for Real’s talisman. Despite scoring one of the competition’s best goals, he managed to squander three great opportunities too – all of which were from close-range. All in an evening’s work. 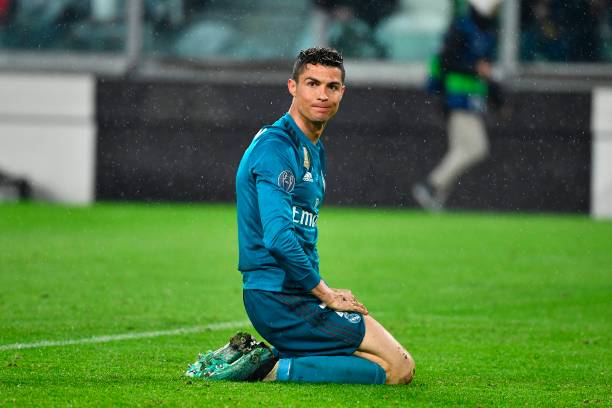 Despite a well-taken brace, Ronaldo could’ve easily had five on the night! (Picture source: Getty Images)