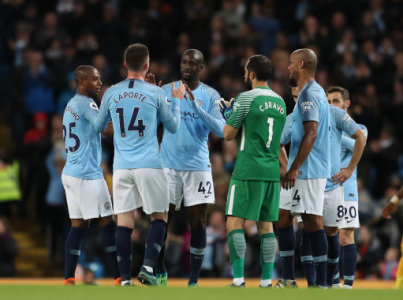 The phrase legend is often thrown around with ease in football as top-quality players aim to leave their mark on clubs across the world while winning silverware and supporters in the process.

Describing Yaya Touré as anything less than a legend would be an understatement to the powerful Ivorian, who has flourished as City’s driving force in midfield and made Manchester his home since joining England’s top-flight back in 2010.

He’s won seven trophies, including three Premier League titles, and countless individual accolades to go with his successful stint. But with everything in life, all good things must come to their eventual end.

The possibility of Touré’s exit became more apparent following Pep Guardiola’s appointment two seasons ago but to Yaya’s credit, he managed to remain even in the midst of needless negative comments in the press from agent Dimitri Celuk which led to him being frozen out of the senior squad altogether.

During Manuel Pellegrini’s final season in charge, Touré made 47 appearances across all competitions. At the time of writing, he has totalled the same amount in two years under Pep, despite playing far less minutes in comparison.

Touré regularly found himself sidelined with muscle strains and the like at City, but has never suffered a lengthy injury. So given his world-class capabilities, it would have been frustrating to watch from afar as teammates excelled across all departments to complete a record-breaking season.

However, it’s obvious that he is no longer the same player he once was.

This weekend, he’ll celebrate his 35th birthday and given Pep’s playing style, it seems unlikely to suggest he would cope with the Spaniard’s physical demands – which are notorious for being relentless – in his pursuit of success.

In midweek, Yaya played his last home game as a City player during their 3-1 win over Brighton. Given a standing ovation after being replaced with five minutes to go, he performed well in his first league start of the campaign, which again reiterates just how little he has played this term.

With three completed dribbles, three aerial duels won and three successful long passes, it was an eventful evening for the Ivorian. Only Leroy Sané (5), who had a hat-trick of assists, had more key passes than Touré while his pass accuracy was an impressive 93.2%.

Toure had a presentation after the full-time whistle and was accompanied by older brother Kolo, who initially persuaded him to join City.

His situation had put plenty of sides on high alert in seasons passed but now that he will seek pastures new this summer, it’s no surprise a number of Premier League clubs are reportedly set to battle for his signature.

Given just how good he was at the peak of his powers, the midfielder’s lucrative terms are no longer feasible in the current market but he himself has assured suitors that he’s determined to prove critics wrong by delivering quality displays next season.

“Yaya is fit and desperate to prove he’s still the best central midfielder in the Premier League. He’s happy to accept a one-year deal to stay in England and if his club are not satisfied with his performances, he will pay back half his wages or they can cancel his contract immediately, with no compensation.”

Everton, Burnley and Championship winners Wolves are the main three clubs who are said to be considering a formal approach. Although a move to Merseyside appears counterproductive on Yaya’s part, the other two could prove beneficial.

Sam Allardyce cannot guarantee him regular minutes, just like he could not fit both Wayne Rooney and Gylfi Sigurdsson into the same starting eleven. Sean Dyche would utilise him well as their midfield lynchpin, but would be mindful of his fitness given a potentially demanding schedule with UEFA Europa League qualifiers in July to ponder.

Wolves meanwhile, who have impressed under Nuno Espírito Santo’s guidance this term, could do with someone of Yaya’s experience and quality.