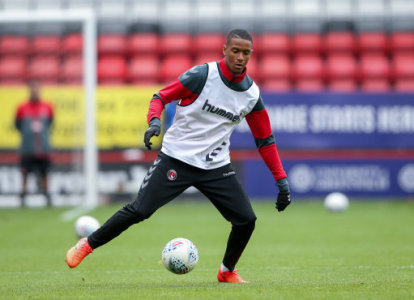 On Saturday, England won an international youth title for the sixth time in the last two years. The Under-21s, managed by Aidy Boothroyd, claimed the Toulon Tournament for the third successive year after coming from behind to defeat Mexico 2-1. Of the youngsters involved in the Three Lions’ matchday squad, 14 are currently contracted to Premier League teams. If recent reports are to be believed, that number will rise this summer.

Charlton Athletic defender Ezri Konsa has received top-flight attention in the past. This time, though, it appears clubs are eager to finalise a deal. Securing a 20-year-old’s future, one with potential aplenty to fulfil, is a tantalising prospect.

Set to follow in the footsteps of players such as Everton fullback Mason Holgate, Liverpool’s Joe Gomez and Manchester City centre-back John Stones, Konsa represents another youngster who learned their craft in the lower leagues before progressing up the ladder.

Despite not featuring in the Toulon Tournament final, Konsa has tasted recurring success on the international stage. He played the full 90 minutes during the group stage goalless draw against Mexico. The England youth then made a semi-final cameo in the midweek victory over Scotland. He was also involved in the Under-20 side which lifted the World Cup last summer.

However, it’s Konsa’s performance at club level which has prompted scouts to take notice. In January, former Charlton manager Karl Robinson was on record as saying:

We’ve kept the door locked even though there was a number of people banging on it, trying to offer for some of our players. The stance was that Ezri Konsa would be available at a price. We got offered a number of different deals, it didn’t meet our expectation so everyone was happy for him to stay, none more than me.

So, how good is Konsa?

Versatility is among his key assets. He possesses pace, too. Acceleration over both short and long distances mean not only is Konsa a capable full-back, he’s suited to playing a defensive-midfield role. Comfortability on the ball makes that a realistic option.

He’s currently a very good defender, one with the all the makings to develop into a top-quality Premier League player. It’s difficult to judge how he’ll fare when initially exposed to England’s elite division. Some may argue, however, the rigours of lower-tier football are just as strenuous. Konsa only missed seven League One matches this season. Even more crucially, he became a mainstay in Charlton’s central defence.

In England’s recent tournament victory, Chelsea’s Jake Clarke-Salter, Everton’s Jonjoe Kenny and Middlesbrough centre-back Dael Fry were preferred at the back. That had more to do with experience, though. Konsa isn’t as accustomed to lining up in a three-man backline.

Delighted to win the Toulon tournament with England! Nice to get a goal in the final too👊 pic.twitter.com/3PkTEZYu2M

Where would Konsa best fit?

As more first-team football comes his way, Konsa continues to improve. With that in mind, his best option going forward is to play for a team which will offer regular minutes. Competing against better opposition week in, week out will benefit him, too.

Naturally, neither Brighton nor Everton can guarantee Konsa a starting place. He must work hard for it, embracing the challenge of breaking through as a young centre-back.

Marco Silva’s plans at Goodison Park appear to be long-term. Everton have continued to invest in youth over recent years. Brighton & Hove Albion, having secured safety with only two matches to spare this campaign, cannot afford similar luxuries. Chris Hughton needs experienced heads, not unproven talent such as Konsa.

Lewis Dunk and Shane Duffy have worked well as the Seagulls’ centre-back pairing. With Leon Balogun’s arrival already confirmed last month, Konsa’s path to a starting berth would be more difficult on the south coast than the blue half of Merseyside.