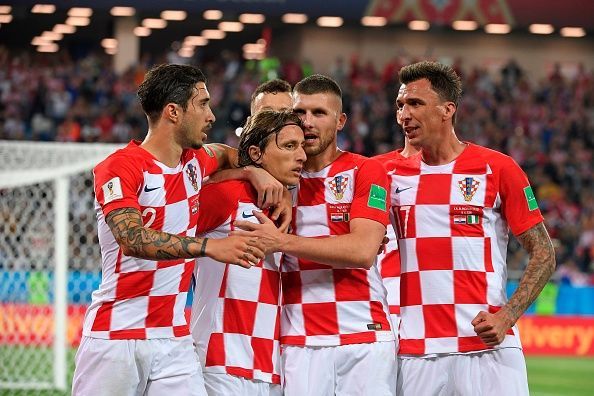 Croatia made light work of Nigeria with a comfortable 2-0 victory ensuring Zlatko Dalic’s side began this year’s World Cup with a much-needed win. With difficult tests to come against Argentina and Iceland to finish Group D, it was important that they got off to a positive start.

Things were made easier for them after sustained periods of wasteful Nigeria possession, coupled with defensive errors aplenty and an Oghenekaro Etebo own goal midway through the first-half.

You’d be excused for thinking the Super Eagles would improve, but they continued to toil and frustrate throughout. William Troost-Ekong’s needless physical approach inside the box from a corner backfired just yards away from the referee – and Luka Modric made no mistake to double Croatia’s lead.

Substitute and Modric’ club teammate Mateo Kovacic had a golden opportunity to add another before the full-time whistle, but shot straight at Francis Uzoho and kept the score respectable.

With that in mind, here are the player ratings: 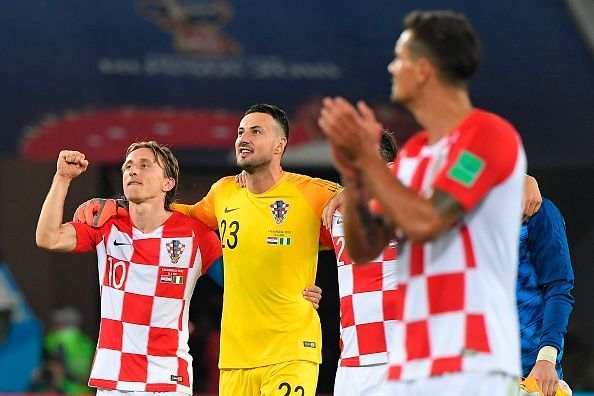 Modric, Subasic and Lovren celebrate their comfortable victory after the full-time whistle

Didn’t have much to do on an evening where Nigeria struggled to create many goalscoring opportunities, but kept a clean sheet and dealt with danger well whenever it arrived.

Started slowly and was dispossessed too often in the early exchanges but got more involved as the match wore on and his confidence grew too. Five clearances, a tackle and blocked shot, he was resolute in defence when called upon.

The Liverpool centre-back was keen to play out from the back on this occasion, frustrating Nigeria’s midfielders who did not press well enough. This allowed himself and teammates ample time and space on the ball, evidenced by Lovren’s 86% pass accuracy and he didn’t actually have a tackle to make! Four clearances, four aerial duels won, an interception and block to his name though.

Another solid outing for a centre-back who will benefit from the morale-boosting victory, as his tendencies to misjudge situations and rush into needless challenges have been exposed against tougher opposition at club level for Besiktas. Here he was one of only three Croatia outfield players not to commit a foul throughout: instead sweeping up danger in its tracks with five clearances, two interceptions and a block. 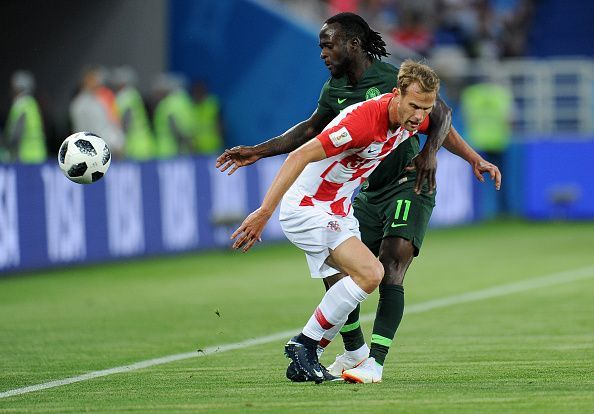 Strinic was solid at the back and had to be, keeping Nigeria’s wingers at bay with tough tackles. (Picture source: Getty Images)

Received a booking after half-an-hour for a late lunge challenge and had to walk the tightrope afterwards, but his display was largely an encouraging one nonetheless. When deployed in a deeper role, it’s clear that he can create from these positions and always wants to get on the ball – 87 touches proves that.

However, questions regarding his defensive awareness and tackle technique will continue to arise, not least with tougher opposition on the horizon.

Worked hard before being replaced with just under 20 minutes to play, fashioned goalscoring opportunities for himself but crucially, failed to hit the target. Completed two dribbles and otherwise did okay with possession, though somehow managed to avoid getting booked despite committing five fouls and contributed to the game’s stop-start nature so gets a downgrade.

Just like many of his teammates, Modric started slow but gradually got more involved when he needed to. Perhaps this was due to his deep-lying midfield role alongside Rakitic, or the manner in which both sides were conceding possession early on.

Either way, he displayed the type of quality which convinced Real Madrid to sign him six years ago with a number of excellent probing passes whilst crucially not shying away from his defensive responsibilities – not to mention sealing all three points from the spot, which is often easier said than done. His three completed tackles was only bettered by two players. 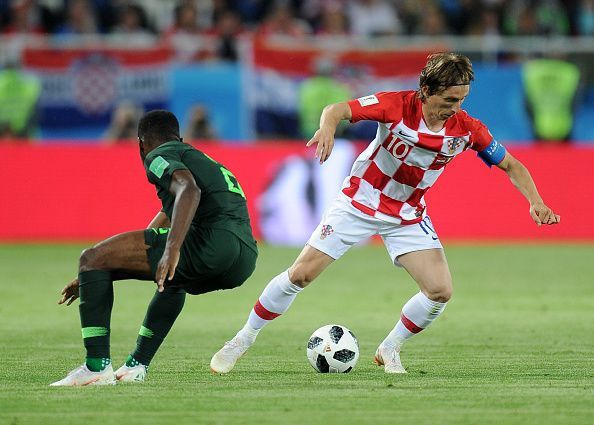 A disappointing display on this occasion. Kramaric’s passing was largely inaccurate (58.8%), failed to effectively utilise possession when he did have it and despite Nigeria’s approach, he really should have provided more creativity in Croatia’s number ten role. Not a surprise then, that he was hooked off just before the hour mark.

Displayed flashes of individual brilliance, but they were few and far between in truth during a difficult game for Perisic to stamp his authority on. Came close with an effort from range which flashed wide in the first-half, while making a conscious effort to help out of possession, completing two tackles and also making two clearances.

Linked up well with teammates to create three key passes but didn’t receive enough quality service in the box to provide Nigeria’s backline with any more than a lingering threat caused by his sheer presence among them. Won the spot-kick too. 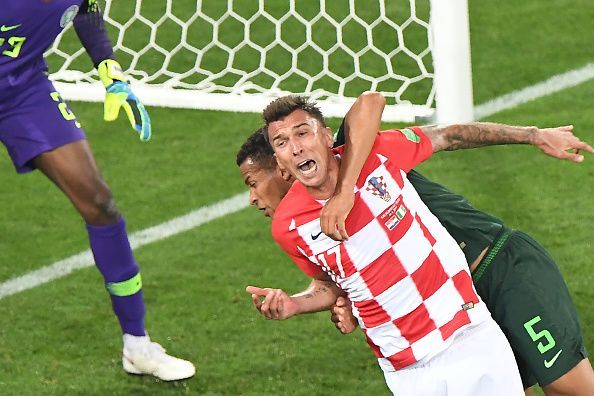 Didn’t start as Dalic opted for a 4-2-3-1 formation but judging by his second-half display after being introduced, his exclusion from the starting line-up should not have been much of a surprise. Failed to create anything of note or add an incisiveness to Croatia going forward, managed to get himself booked after committing two fouls.

His glaring miss aside, Mateo Kovacic came on in the latter stages and did not do anything else of note – by this time, Croatia’s two-goal cushion was comfortable, so unfair to give a fair rating. Marko Pjaca meanwhile, was introduced with just over five minutes to play and also didn’t have enough time to warrant a sufficient grade. 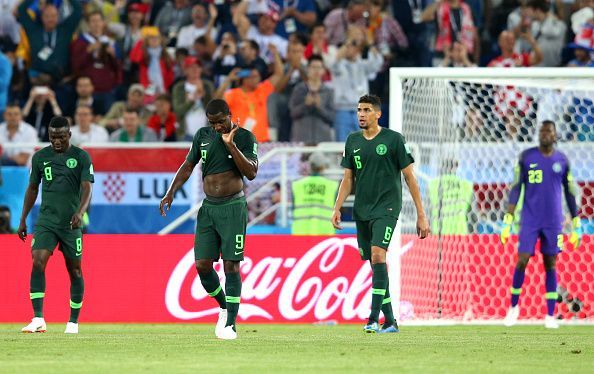 Was one of Nigeria’s better players on a drab evening of football from their perspective. Commanded his box well, made a few important claims and stops that will boost his confidence especially as he was unlucky to concede twice. Although his distribution needs improving, he’ll continue to grow and learn from the experience.

Struggled. Regularly exploited by Croatia and allowed far too many deliveries into the box from his side, not for the first time either. His nervousness in possession meant Nigeria rarely took risks when attempting to go forward either.

Solid defensively, up until a moment of madness saw him grab hold of Mandzukic like he was squaring up for a WWE style take-down inside the box. Needless and lazy marking, which was duly punished by the referee with a penalty – only further compounding Nigeria’s misery on an evening to forget.

Meanwhile, there were no mad moments from his centre-back partner! Balogun, who joined Premier League side Brighton last month, performed well despite injury worries prior to kick-off. A towering aerial presence with the physique and concentration to match, he didn’t deserve to be on the losing side. 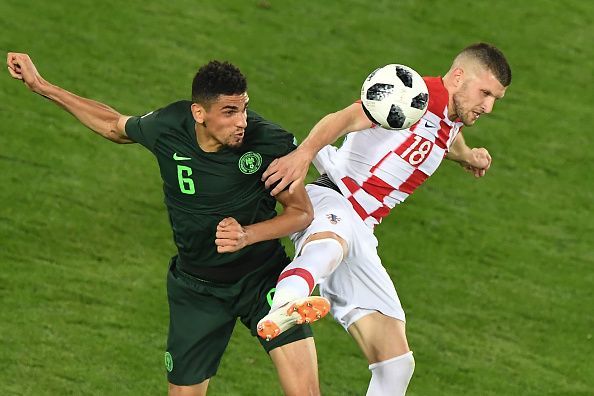 Defensive positioning was good for the most part and it needed to be too, as he did well to frustrate Croatia attackers in the early going. They improvised by largely opting to exploit the opposite flank instead, though Idowu did his job. Two tackles, interceptions and three clearances, he didn’t do much wrong and created a key pass for Odion Ighalo – but his delivery just fell short.

What more could he do? Five tackles, three interceptions and three clearances – Ndidi was unsurprisingly one of his side’s best performers but just like Balogun, ended up on the losing team. The one argument you could make is the fact that often, he didn’t initiate their pressing tactic out of possession.

But if one midfielder does so and no-one else follows their example, it leaves the opposition an easy target to pass through. So instead he was patient and picked his moments to try and thwart danger in its tracks, which allowed Croatia more time and space on the ball.

It seems clear to all but Nigeria’s coaching staff that Obi Mikel is being deployed out of position. The main reason why he’s in the team, besides his experience, is the fact he can control the tempo in midfield and assess the situation before deciding their next move. Creating goalscoring chances should be left to the likes of Iwobi though, who was shunted out to the wings again. Tired in the second-half and overall, was disappointing.

Own goal aside, Etebo was Nigeria’s most influential player and proved himself a real handful to deal with. Two key passes, eight completed dribbles and fouled on EIGHT separate occasions – he was also their most relentless marker in midfield. Stoke supporters can quickly warm to their new recruit, should he perform like this for them on a consistent basis in the Championship next season. 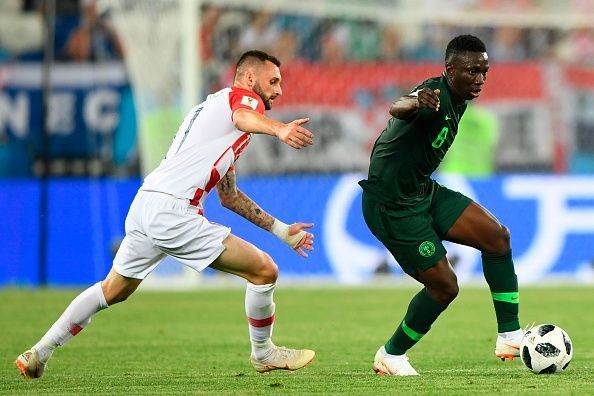 Etebo was fearless, took risks and Croatia responded by bringing him down wherever possible

It was an eventful evening for Moses, but not necessarily for all the right reasons. His persistence to play further forward on the wing for Nigeria is understandable, given his attributes. Failure to apply them when it matters most though, is frustrating – especially given he’s shown he is capable of doing so for Chelsea over the past two seasons.

Was fouled on five separate occasions and at one point, it seemed he was more concerned about winning free-kicks than beating his marker. That in itself is frustrating. Finishing and crossing accuracy has never been strengths of his but they were particularly poor here, when Nigeria needed that bit of quality to boost their spirits and more importantly, turn the game on its head. Was dispossessed and his touch let him down too, even though he had enough time to complete three dribbles and create two key passes. That says it all, really.

Found himself an isolated figure for large periods of the match, where he was essentially feeding off scraps in the hopes that he could fashion a goalscoring chance and take it. With that in mind though, his shot selection was wild and underwhelming, whilst poor touches meant promising counter-attacks fizzled out before they had a chance to deliver whenever he was around.

Pure and simple, he should be playing in a central attacking role. Shunting him out to the wide areas is more a hindrance than a help – especially in matches like this where Nigeria need a creative-minded player to take the game to their opponents.

Almost couldn’t believe how easy it was at times for players like Modric and Rebic to find joy down his side, because he essentially refused to press and looked lost at times. Just like a few others, his shot selection was questionable and he found himself substituted just after the hour mark. 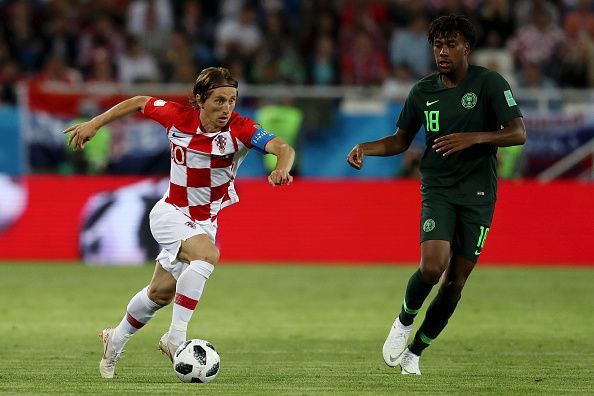 Modric skips past Iwobi unchallenged, a regular occurrence down the left-hand side

Came on to add an injection of pace and purpose to Nigeria’s attack, but was unable to influence proceedings just minutes before Croatia put the game to bed.

Kelechi Iheanacho and Simy Nwankwo were brought into the action in the dying minutes, not enough to warrant a fair rating.