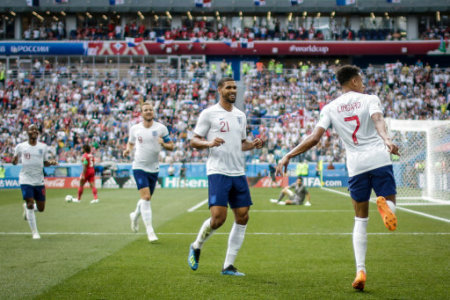 Despite an early scare, England racked up the goals in a 6-1 thrashing over Panama – sealing their place in the last-16 while simultaneously sending the south Americans home.

Harry Kane netted a hat-trick, there were two for a surprise goalscorer while Jesse Lingard also got on the scoresheet. All eyes are focused toward Belgium next week, with top spot in Group B still up for grabs.

John Stones broke the deadlock with a power header after eight minutes, just seconds after commentators were focused on a grappling match involving Harry Maguire in the Panama box.

You could almost sense the frustration in their voices, that this would be another game where sly tactics rule supreme while England are forced to wonder what if? Stones, 24, made sure this was not to be the case today. On his 28th international appearance for England, he netted his first goal for his country.

Édgar Yoel Bárcenas came close to equalising after 15 minutes, curling a well-struck effort narrowly wide of Jordan Pickford’s far post. But soon enough, the Three Lions’ lead was doubled. This time it was from the spot, after Jesse Lingard found himself needlessly hauled to ground by the combination of defensive duo Román Torres and Fidel Escobar.

Lingard’s advancing run into the area was, as usual, well-timed, though the challenge committed on him just reiterated how naive Panama are at the back. You could almost tell that England were going to enjoy this one. Harry Kane slammed home from the spot, after unsporting conduct from Panama players trying to distract the Tottenham striker proved futile.

Then, it was time for a moment of magic. Having missed a number of clear-cut opportunities against Tunisia on Monday evening, Lingard was a man determined here.

He’d already won a penalty and buoyed by Panama’s tough-tackling style, advanced forward with menace towards goal. Playing a deft one-two with Raheem Sterling, he then curled an excellent strike into the top corner beyond a helpless Jaime Penedo. 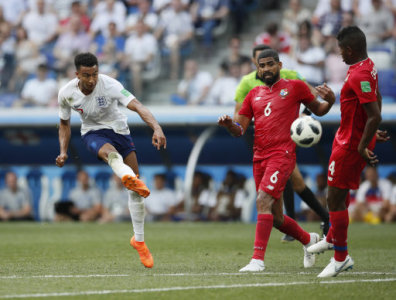 It’s the type of goal you never tire of seeing, one which rifles into the top corner from range and is both well-executed as it is equally simple to create.

Goals continue to flow as time wears on

Speaking of well-executed, England scored again just four minutes later. Stones completed his brace with a rebound finish, seconds after a well-worked setpiece saw Sterling denied by a great reaction stop from Penedo – he was unfortunate to have parried it nicely for Raheem’s club teammate to convert from close-range.

Naivety once more from Panama, who conceded a second spot-kick before half-time – this time for quite clearly grappling with players in the area, just after the referee had warned them not to. 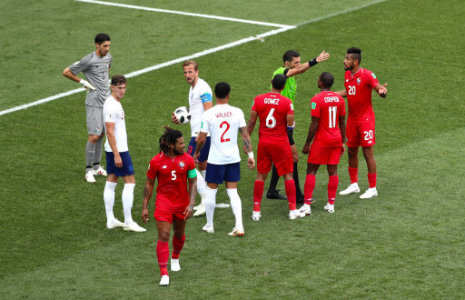 Kane stepped up, picked the same corner and thumped home for his second – and fourth of the tournament. 5-0 up at the interval, England were comfortably cruising without really having to do much despite an infrequent scare or two.

Just after the hour mark, it was soon six. Ruben Loftus-Cheek’s strike flicked off the back of Kane’s heel, took a wicked deflection and trickled into the bottom corner – having wrongfooted the goalkeeper.

Gareth Southgate then made a double change as Lingard and Kane, with a hat-trick to his name, were replaced. One eye on Belgium, perhaps, as Fabian Delph and Jamie Vardy were introduced into the fray.

Pickford was forced to show quick reactions to deny Michael Murillo at the end of a well-worked move which caught England players flat-footed. Rushing off his line at speed, he thwarted the danger before giving defenders an earful to avoid them making a similar mistake again. 6-0 up, you could understand the Everton man’s eagerness to keep a clean sheet.

Jordan Henderson went narrowly close with a volley, Román Torres too from close-range before substitute Felipe Baloy scored Panama’s first ever World Cup goal from an in-swinging freekick with just over ten minutes to play.

Defensively, they were sleeping from the set-piece and undoubtedly a poor goal to concede, such a simple but well-taken finish by the 37-year-old in one of his final international appearances.

England found themselves more than happy to keep possession, though there were not any other chances of note before full-time. An emphatic victory for England over weak opposition – which helps take them above European rivals Belgium ahead of their crunch match with Roberto Martinez’s side on Thursday next week.