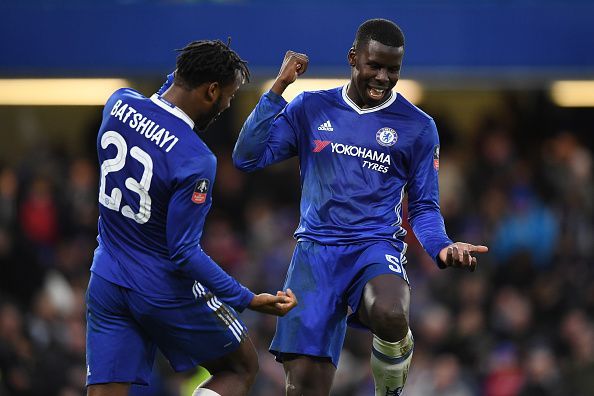 The transfer deadline is fast approaching, so here are five Premier League players that need to be leaving their respective clubs before then…

With only seven days to go until the transfer window closes for Premier League sides, plenty of clubs still have the business they want to complete before then. The season’s opener is on August 10 as Manchester United take on Leicester and this summer will be the first time that the deadline has been cut significantly short – it was previously August 31 or September 1, by which time teams had already played three league fixtures. 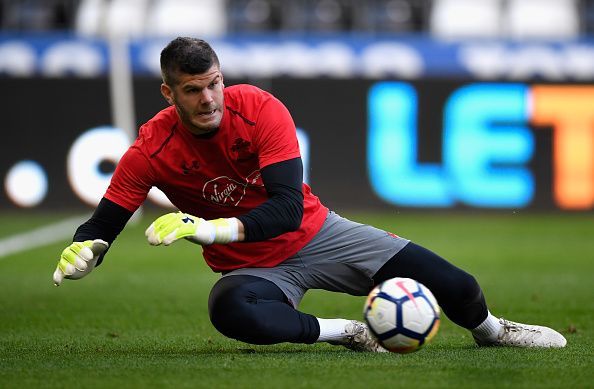 Forster during a pre-match warm-up against Swansea last season

It’s been a difficult 2018 for Fraser Forster, who has watched his side struggle helplessly from the substitutes’ bench. He played every minute of Premier League football prior to their goalless draw with Manchester United on December 30, which was their first clean sheet since late October.

Inconsistent spells and a total of 30 goals conceded from 20 games meant his final appearance was during their 5-2 away thrashing by Tottenham, which saw him drop to the substitutes’ bench. Alex McCarthy, 28, was granted an opportunity to stake his claim as their new first-choice and kept his place throughout the remainder of the campaign.

He impressed so much so that in late June, the Saints agreed on a four-year contract extension to ward off rumoured interest from Tottenham, further asserting his status as their new number one.

According to recent reports, Burnley is interested in signing the England international – on an initial loan deal with a view to making it permanent next season. Southampton is prepared to listen to offers, not least because he is unlikely to feature regularly this term, but have yet to receive any formal approach from the Lancashire outfit.

Tom Heaton (calf) and Nick Pope (shoulder) are both sidelined with their respective injuries, meaning Sean Dyche has to rely upon Anders Lindegaard as the only fit goalkeeper at present. 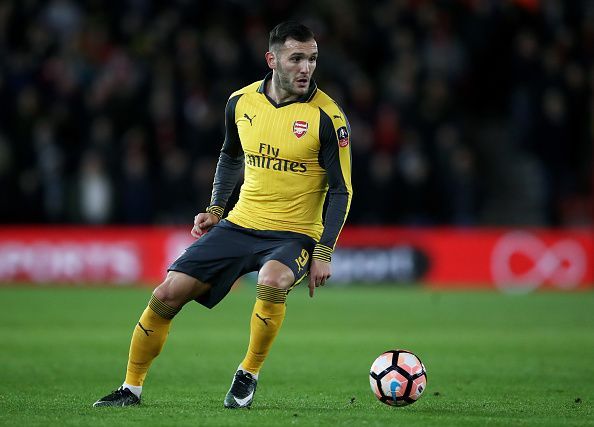 The long-term future of Lucas Perez has been a mystery for a while now, with the Spanish forward seemingly down the pecking order in terms of attacking options at Unai Emery’s disposal.

It’s understandable given the circumstances, as he departed the club on a season-long loan back to former side Deportivo La Coruna twelve months ago. There, he netted eight goals and created seven more assists in 35 La Liga appearances – whereas he only made 20 appearances in all competitions under Arsene Wenger during the previous campaign.

He turns 30 next month and still has two years left on his existing deal, though it’s unlikely he will be an Arsenal player by next week’s deadline.

There are a number of clubs interested in completing a permanent move, with the asking price rumoured to be around £7m. Serie A sides Fiorentina and Lazio have both been linked, while Leicester, Sporting and newly-promoted Wolves are also among the clubs interested. It’s a shame from his perspective, for someone who joined Arsenal at precisely the wrong time during a transition phase in North London. 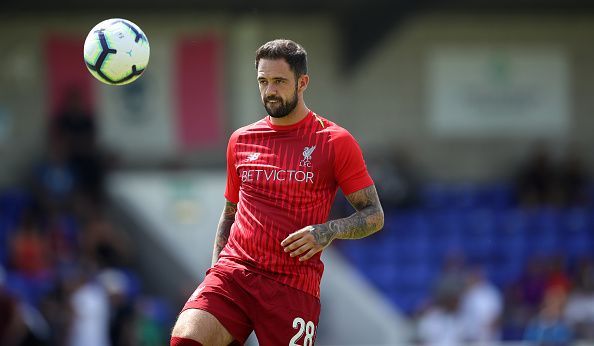 During the 2014/15 campaign, he netted 11 goals and created four more as he stood out in a Burnley side who, in truth, lacked creativity in the final third.

Industrious, tireless and a clinical finisher, Liverpool managed to sign him for a £8m transfer fee settled at the tribunal and his arrival represented a low-risk, high-reward type of acquisition in attack.

Nine appearances in his first season before rupturing his cruciate ligament, only two cup outings during the next and 14 first-team (mainly substitute, brief appearances) in 2017/18, doesn’t read well for player or club.

He is again fit now and needs to play regularly, but finds himself low down in the pecking order on Merseyside and it’s unlike he could convince Jurgen Klopp to rely on his presence given such a poor record with injuries. Crystal Palace has been linked and is reportedly closing in on a deal, worth £24m for the Englishman.

It’s an eye-watering fee for someone in Ings’ current position, as well as the small price Liverpool signed him for three years ago, but he has already proven his worth at Premier League level and just needs an environment where he can flourish – playing regularly enough to sustain a consistent run of goalscoring form.

There, he would link up with former teammate Christian Benteke, who left for south London in a club-record transfer two years ago. 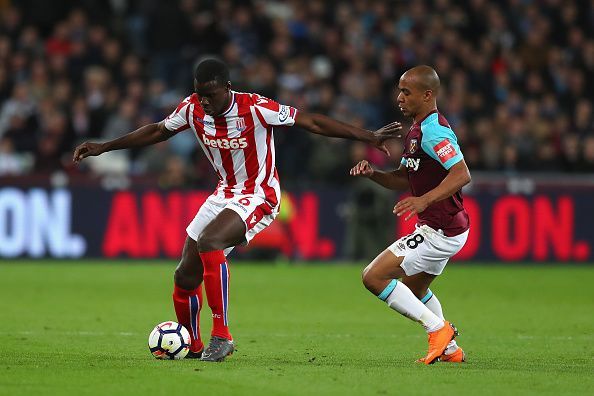 Zouma (left) in action for Stoke, where he spent last season out on-loan

At 23, Kurt Zouma has already established his pedigree as one of the best centre-backs in Europe in recent seasons. However, a serious ligament injury later, his long-term future at Chelsea was thrown into doubt.

He signed a contract extension prior to joining Stoke on a season-long loan twelve months ago and despite being one of their best and most consistent players, was unable to stop them from getting relegated to the Championship.

He must have been feeling conflicted, watching his compatriots win the World Cup in Russia last month – as Didier Deschamps left him on the standby list. Knowing that playing for a team better than Stoke last season would’ve probably propelled him in the manager’s thoughts, but equally, what about his long-term future?

Chelsea, under new management in Maurizio Sarri this summer, had left him out of their 25-man pre-season tour through an unspecified injury. But more recently, his squad number 5 has been given away to midfield acquisition Jorginho.

That news in itself is significant, as it has left him without a number ahead of the new campaign while sending speculation rampant regarding his future with plenty of clubs monitoring his situation.

Whichever way you look at it, it doesn’t appear good from Chelsea’s perspective that they were prepared to relinquish his number and give it to another player while he’s still contracted to the club – suggesting he could leave, either on another loan or permanent basis before the window closes. 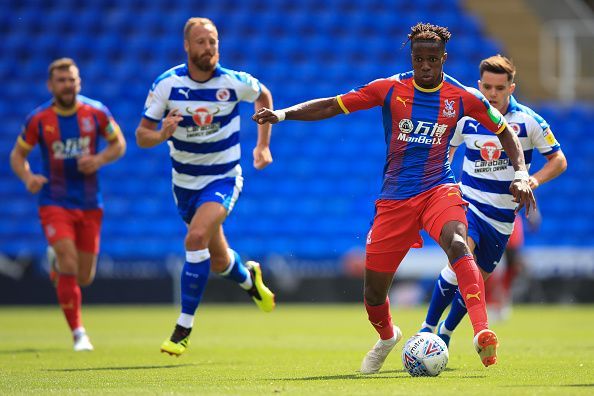 Last but not least, Wilfried Zaha. Ever since his £15m move to Manchester United in 2013 drastically fizzled out, the Ivory Coast winger has always shown the potential to play for a top side once again, when granted an extended opportunity to. Crystal Palace, where he quickly made a name for himself, provided him the platform to do so.

He was already loved by supporters in south London and established himself as a key player during his loan spell there, so it appeared obvious they would go back and approach the Red Devils to complete a permanent deal.

He was already loved by supporters in south London and established himself as a key player during his loan spell there, so it appeared obvious they would go back and approach the Red Devils to complete a permanent deal.

Although there are still questions over his consistency and decision-making in the final third, he’s one of the best players that are not currently playing for a top Premier League side in England today. That is soon to change. He rejected the offer of an improved deal last month and has reportedly told team-mates that he wants to leave, to be granted a second chance at a top side.

London rivals Tottenham and Chelsea have both been linked, though neither are particularly close to agreeing a deal yet. Spurs have had the 25-year-old on their radar for a few seasons now, given his blistering pace and ability to beat defenders. He scored nine goals and created five assists in 29 league appearances last term, but it’s increasingly likely that was his final season as a Palace player.