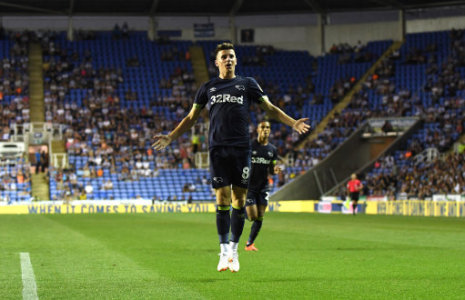 Derby County kicked off the new Championship season with a last-ditch away win over Reading tonight, with Frank Lampard earning his first victory as Rams boss – while Chelsea’s talented teenage loanee Mason Mount proved pivotal in their second-half comeback.

It was far from a vintage performance, but three points are ultimately three points. Derby came from behind to secure the first victory of the 2018/19 Championship campaign and needed a stoppage-time winner from Tom Lawrence to do so.

Lawrence, 24, spent eleven years as an academy player at Manchester United prior to a surprise debut under interim boss Ryan Giggs during the 2013/14 campaign.

Funnily enough, the Welshman was in the stands to watch on this occasion and would have been proud of his compatriot, whose guided header flew beyond goalkeeper Vito Mannone into the corner with aplomb. 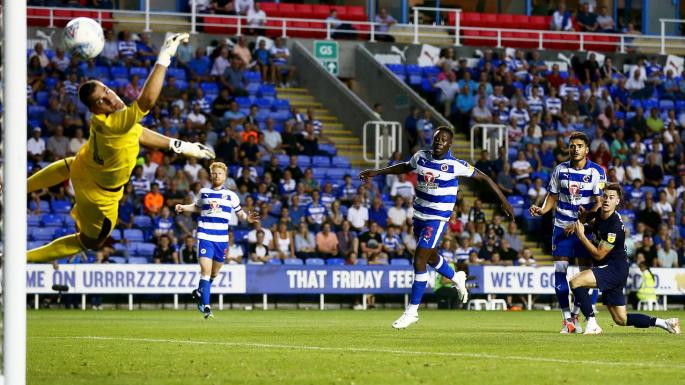 Although he should have done better to thwart Mason Mount’s long-range effort, there was not much the former Arsenal and Sunderland goalkeeper could have done late on, as Reading will instead find themselves ruing missed opportunities during a cagey affair.

Icelandic striker Jon Dadi Bodvarsson broke the deadlock after 52 minutes, towering above Curtis Davies to head home. But that was one of few bright sparks for the hosts to enjoy, as Modou Barrow elsewhere impressed with his unselfish, dangerous play down the flanks.

Mount, 19, scored 13 goals and created ten more for Eredivisie side Vitesse Arnhem last season – winning individual accolades and receiving justified praise along the way. This was always going to be a different type of challenge though, in a league as unpredictable as the Championship, and he certainly has the potential to flourish under the current circumstances too.

He’s an attacking midfielder currently playing as part of a midfield trio in Lampard’s current system, though it will stand him in good stead for his future prospects from Chelsea’s perspective.

Lampard himself revealed that his side didn’t deserve to win here, which will just add to their collective morale as a squad: knowing they can secure results when not necessarily playing at top form will help encourage them towards doing so, something both goalscorers eluded to in the post-match interview.

Mount said to Sky cameras: “I’m really happy that Frank has placed faith in me, starting me like this in our first game. It’s unbelievable [debut goal], especially at this great club but it was more important to get the win and now we’ve done that, we have got to keep progressing. Keep working hard, like we have been doing throughout pre-season.”

Next up for Derby is a tricky home clash against Marcelo Bielsa’s Leeds United next Saturday, while Reading travel to Nottingham against Aitor Karanka’s Forest side.