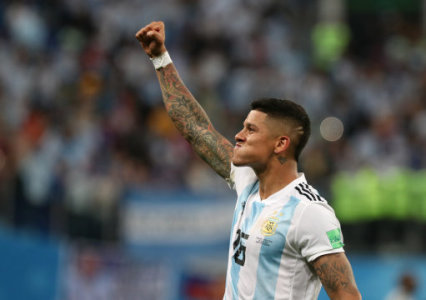 Although the transfer window is set to close later this week for English clubs, it doesn’t stop them from offloading unwanted players to sides abroad.

Manchester United, under Jose Mourinho, could fit into this category. The 55-year-old has made clear his unhappiness at the current crop of players within his first-team squad, not least with the Premier League campaign set to kick off on Friday.

Naturally, he wants more acquisitions before Thursday’s deadline to feel safer about his options and overall squad quality, but will equally need to sell unwanted players too.

According to recent reports, that includes versatile defender Marcos Rojo. PSG are said to be interested, as are Everton and a number of other European sides. Rojo, 28, endured a difficult World Cup campaign with Argentina this summer and his long-term United future remains a mystery.

Currently, he has three years left on his existing deal, with the option for an additional year after that. Two weeks from today will mark the fourth season since he signed for £18m from Sporting, off the back of impressive displays with Argentina as they progressed to the World Cup final in Brazil.

He’s made just over 100 club appearances since then, though regular injuries have kept him sidelined for months at a time. 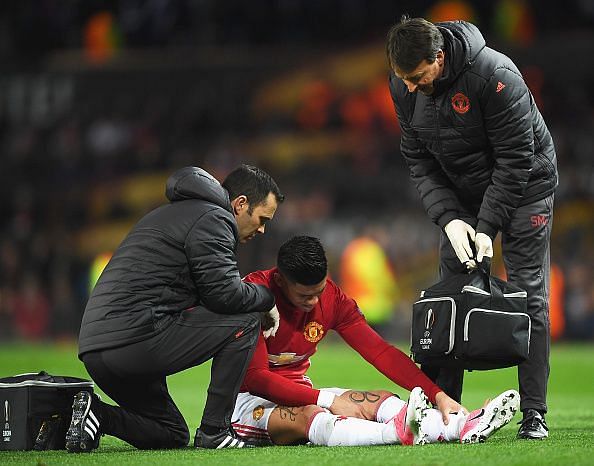 Rojo made 12 appearances across all competitions for Mourinho’s men last term, mainly due to a cruciate ligament injury he suffered in April last year which saw him out of action for over six months. A lack of reliable form and consistency meant Eric Bailly and Phil Jones or Chris Smalling were regularly preferred over him.

It seems unlikely that Paris Saint-Germain, given their own defensive flaws, would consider a move for someone of Rojo’s defensive style. He has developed a reputation for being overtly physical, rash and reckless at times – which is never something you want from a central defender at the highest level.

Just ask Kylian Mbappé. After an excellent individual run, the talented teenager was hauled unceremoniously to the ground by Rojo during their World Cup knockout clash last month and it typified Rojo’s shortcomings in defence, he takes far too many risks which can backfire in high-pressure situations. 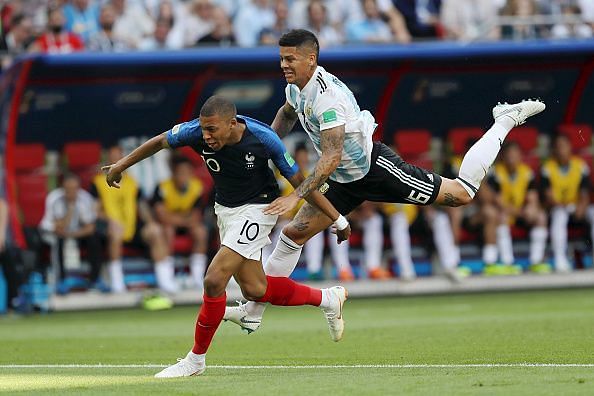 During his most important game in recent memory, Rojo struggled massively under pressure

He made nine Premier League appearances and was booked on six occasions. Adding a defender who relishes playing on the edge is precisely the opposite of what PSG should be looking to do, having previously learned their lesson with David Luiz.

With Marquinhos, World Cup winner Presnel Kimpembe and ageing captain Thiago Silva their current senior centre-backs, you could understand Les Parisiens searching the market for a squad rotation player of quality – or opting to promote from within their talented academy.

That’s even more reason why an approach for Rojo doesn’t make sense from their perspective. If United, a club just as ambitious as the Ligue 1 champions, deem him surplus to requirements, why should they be prepared to take him on? He’s reaching the peak years of his career as a professional and would want first-team assurances, yet Kimpembe would be more deserving of regular minutes than him.

PSG have been eager to establish themselves as Europe’s elite club, which they feel they can achieve by winning – or at least surpassing previous achievements in the Champions League. Spending big to sign the likes of Neymar and the aforementioned Mbappé goes some way to showing they’re serious, but acquiring Rojo would just undo all their hard work.