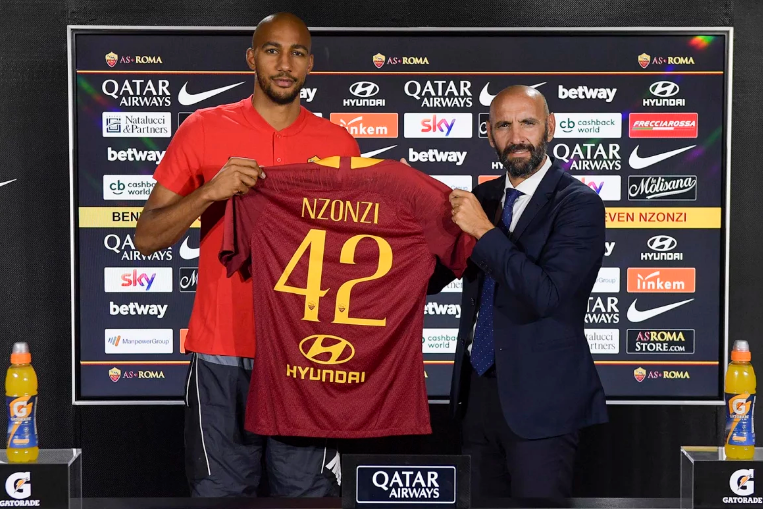 Despite speculation galore suggesting he’d be on his way to the Premier League this summer, the World Cup winner has opted for another of Europe’s top leagues instead of a return to England.

Roma have announced they have completed the signing of Sevilla midfielder Steven N’Zonzi for an initial €26.65m (£23.8m) fee, which is expected to rise in performance-related add-ons. The 29-year-old has put pen to paper on a four-year deal with the Giallorossi and is their 12th new acquisition this summer, with just two weeks left until the transfer window closes in Italy.

He was heavily linked with a move away from Sevilla, having established himself as one of the world’s best midfielders playing outside the top ten clubs.

READ: Premier League? Staying in Spain? Where, what next for Sevilla’s Steven N’Zonzi?

Former Sevilla and Paris Saint-Germain boss Unai Emery was interested in reuniting with the France international at Arsenal this summer, though competition for places there is incredibly high and given they’re a team in transition, it’d represent a riskier move for him at this stage of his career.

Instead, he decided to join Serie A giants Roma – who with a depleted side, finished third in Italy’s top-flight behind Napoli and eventual champions Juventus last term.

As quoted by the club’s official website, he said:

“I feel very happy to be here, and to be a new Roma player. I always want to improve – regardless of age, the most important this is to give your best and work hard. I want to do that, to become a better player and help the team with my play and experience.”

Roma sporting director Monchi helped prise N’Zonzi to Spain from Stoke three years ago and the highly-rated figure worked his magic once more, orchestrating the midfielder’s move to another top league here.

Eusebio Di Francesco’s side could end up paying €30m for him, but it’s shy of the €35m release clause that existed in his contract with Sevilla. He made 136 total appearances for Los Hispalenses, won the UEFA Europa League and earned new supporters galore after being a consistent force in their midfield.

It’s another shrewd deal, both for the player himself and the club he is joining. It would be easy for N’Zonzi to return to England, but you get the sense that’s precisely not what he wants to do – not least having won the ultimate prize with his country. 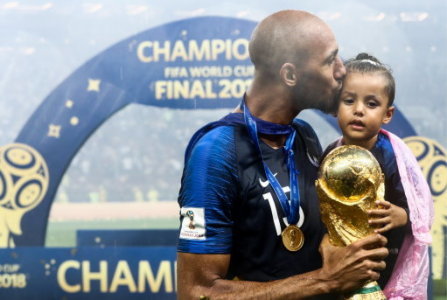 France’s Steven N’Zonzi with his daughter following their 4-2 win over Croatia, exactly a month ago today. (Photo source: PA Images)

He wants more silverware at club level and joining one of Italy’s top sides is a good start. With that in mind, Juventus’ summer business means that may be difficult to achieve barring domestic cup success.

Radja Nainggolan’s departure, not least to league rivals Inter, will leave more midfield responsibility that needs replacing. N’Zonzi, who has experience in abundance, should relish the opportunity to play alongside the likes of Kevin Strootman going forward.

Roma’s first Serie A fixture is away against Torino on Sunday evening and it’ll be interesting to see how they fare in the coming months with a new-look side under Di Francesco’s tutelage.