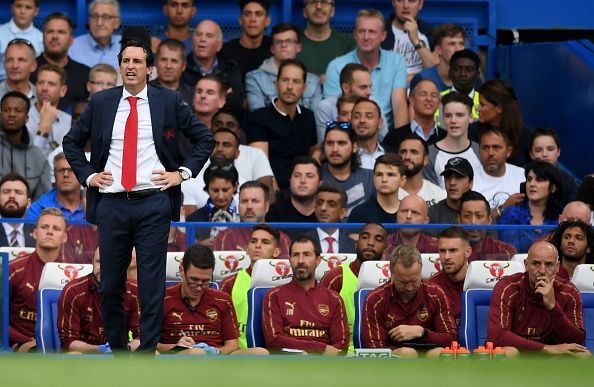 After successive defeats to start the campaign, Arsenal supporters have been left wondering what if their transfer business was added to this summer…

Two games into the new Premier League campaign, Arsenal have succumbed to difficult defeats against Manchester City and Chelsea.

They face West Ham at the Emirates this weekend and with the transfer window already closed, many supporters cannot help but feel frustrated that their encouraging early transfer business was not fully supplemented with a few more deals to strengthen Unai Emery’s first-team squad.

Despite making five acquisitions, they spent £71m – around the same figure both Chelsea and Liverpool splashed on new first-choice goalkeepers this summer. It speaks volumes in regards to the Gunners’ strategy going forward and how they’re not yet ready for a sustained title challenge under new management. Instead, this term is all about solidity after Arsene Wenger’s departure in May, having been at the helm for 22 years.

With that in mind, speculation over potential incomings was running rampant all summer. Here’s a look at five players that Arsenal failed to sign before the window closed: 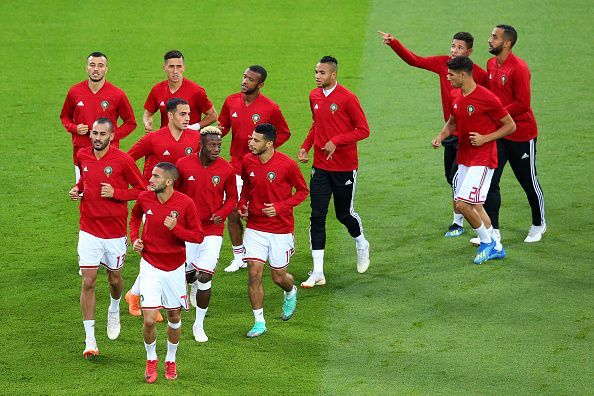 Mendyl (middle, behind no.7 Ziyech) was involved with Morocco’s World Cup campaign

Sead Kolasinac’s knee injury sustained late in pre-season, coupled with Nacho Monreal’s own problems with fitness, meant that Arsenal suddenly found themselves targeting a backup option at left-back in the last few weeks of business.

Someone that would be willing to fill in, but understand that given competition, it’d be unlikely he’d make the left-back spot his own unless settled quickly and excelled in England’s top-flight.

Hamza Mendyl, 20, was expected to be that man. He made 14 appearances across all competitions for Ligue 1 side Lille last season and although he didn’t play, found himself rewarded with a World Cup spot for his native Morocco in June.

He made his senior debut as an 18-year-old under Herve Renard and has shown signs of promise, though a delayed work permit ruined Arsenal’s chances of finalising a deal in time.

Bundesliga side Schalke were keen too and parted with €7m (£6.2m) for his services last week. The club’s sporting director, Christian Heidel, admitted that they were fortunate to have signed him – saying “I think otherwise he would have gone to Arsenal,” when quizzed about the permit complications. 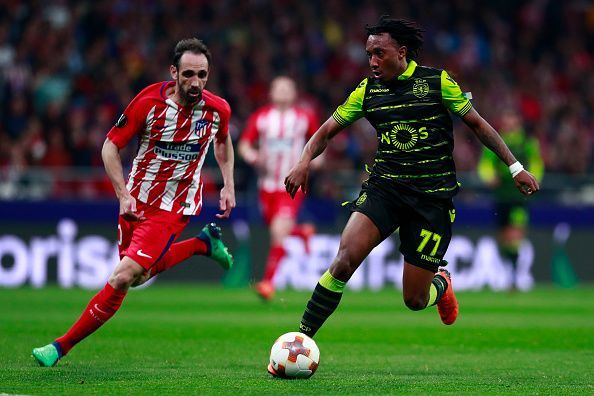 In the early weeks of June and July, Arsenal were heavily linked with a formal approach for Sporting Lisbon winger Gelson Martins.

Martins, 23, was set to become a free agent after being one of nine players to rescind their contracts – the club’s well-documented player struggles saw many key players unhappy and angle for moves away across Europe.

He scored 13 goals and created 13 more across all competitions, as Sporting finished third in Liga NOS and were knocked out of the UEFA Europa League by eventual winners Atletico Madrid at the quarter-final stage.

Despite his obvious ability, reported interest died down as he was focused on helping Portugal at the World Cup and not immediately thinking about his future at club level. He made one appearance, a substitute cameo against Morocco during their group stage victory, as Fernando Santos’ men were knocked out at the Round-of-16 by Uruguay.

Emery was said to be heavily interested, but Atletico announced they signed him on a five-year deal in late July. 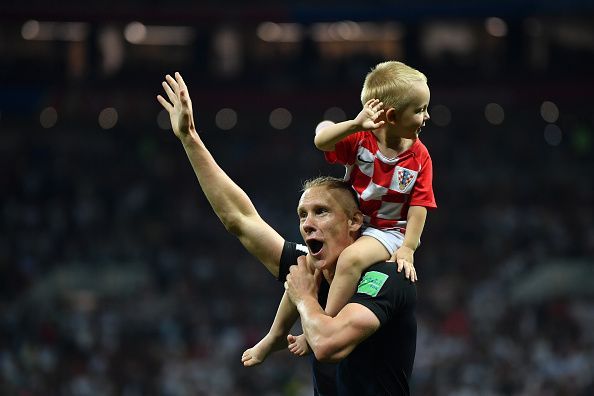 They say that a good World Cup can always convince top sides into making big-money moves and Arsenal were close to doing precisely that, when mulling over a late £27m bid for Besiktas centre-back Domagoj Vida.

Vida, 29, joined the Turkish side from Dynamo Kyiv at the start of this year and made 36 appearances (all comps) combined for both sides prior to the World Cup in Russia.

Having watched from the substitutes’ bench four years ago in Brazil, he started and played in all but one match (2-1 group stage win over Iceland). Here, he formed part of an impressive backline and his contributions could not be understated either.

Not without his faults, it was seen as a risk that Arsenal were ultimately unprepared to take. Spending so much on a 29-year-old defender with no Premier League experience and one who earned a reputation for some suspect decision-making in the past. 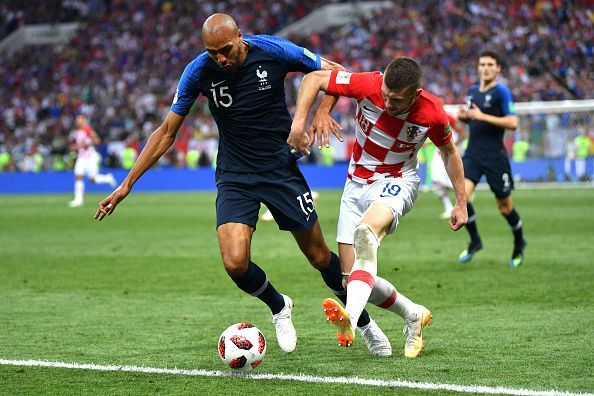 Steven N’Zonzi is the type of midfielder that many Arsenal fans have been longing for years. Physical yet technical, someone with an excellent passing range and invaluable top-flight experience – not to mention a World Cup winners medal – what’s not to like?

The fact that new boss Emery had already previously worked with him at Sevilla, where he played 46 times under the Spaniard, made the possibility of a deal even more realistic.

He requested a transfer during the final weeks of July, shortly after France’s World Cup triumph and speculation surrounding his future continued to intensify ahead of the new campaign.

They were not the only interested suitors though. West Ham, Everton and others were linked. AS Roma, who boast sporting director Monchi, were the beneficiaries of his services on a four-year deal after activating his £35m release clause and convincing him to experience a new league altogether.

It’s clear that Emery wanted N’Zonzi to join him in north London, though it is also believed the board were unwilling to sanction the deal as there were too many midfielders already who occupy his position. 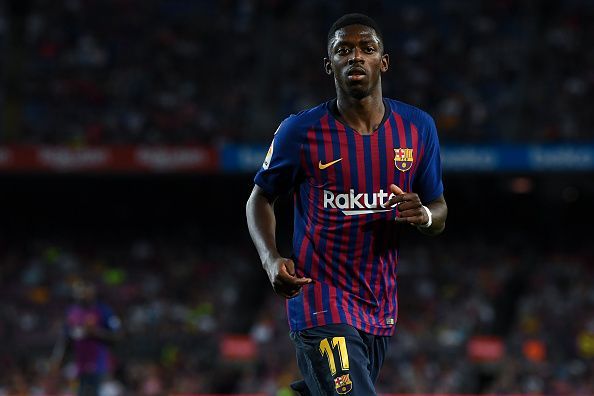 He’s staying: Dembele in action for Barcelona last weekend during their opener against Deportivo Alaves

Last but not least, Arsenal were heavily linked with a £100m deal to sign Barcelona winger Ousmane Dembélé.

Initially, it was seen as a surprising rumour and one that would not catch fire, though the Frenchman did everything but pour cold water on the possibility he’d be playing his football in north London this season and beyond.

He struggled for France, despite their World Cup triumph, and was resigned to a limited role from the substitutes’ bench by Didier Deschamps. This came after struggling during a difficult first campaign at Barca – where he suffered two lengthy muscular injuries and his progression was consequently hampered.

From posing in pictures with some Arsenal players at a dinner to keeping his options open, the 21-year-old kept everyone guessing right up until deadline day in England – where the Gunners were said to be negotiating a £10m loan with an option to buy next summer instead.

He eventually laughed off speculation surrounding his future, stressing attentions were focused on Barcelona’s Spanish Super Cup clash with Sevilla – where the winger scored a well-taken winner late in the second half.

Perhaps if the club had pushed for a move earlier in the window and acted swiftly, he’d be an Arsenal player now and they would have a serious signal of their intent within their ranks.