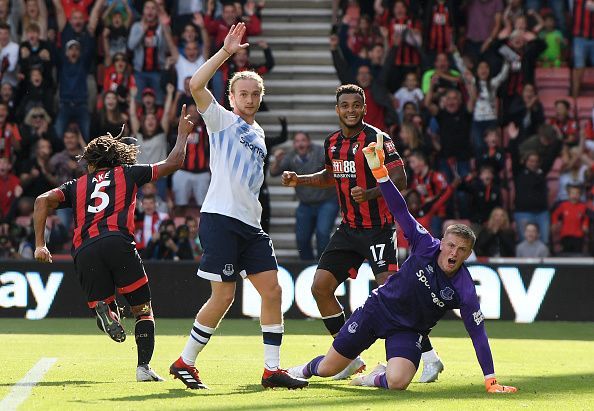 Bournemouth came from behind to rescue a point at home against Everton during an eventful second-half today. But how did some players in particular fare?

It was an eventful Premier League affair at the Vitality Stadium as Bournemouth recovered from a two-goal deficit to rescue a share of the spoils against an Everton side forced to play 50 minutes with ten men after Richarlison’s surprise dismissal before the break.

Eddie Howe’s side were also reduced to ten men shortly after the interval when defender Adam Smith hauled down goalscorer Theo Walcott and was adjudged their last man. Joshua King’s penalty effort and a timely tap-in from Nathan Aké ensured the points were shared.

Here are five players who experienced contrasting fortunes during this affair: 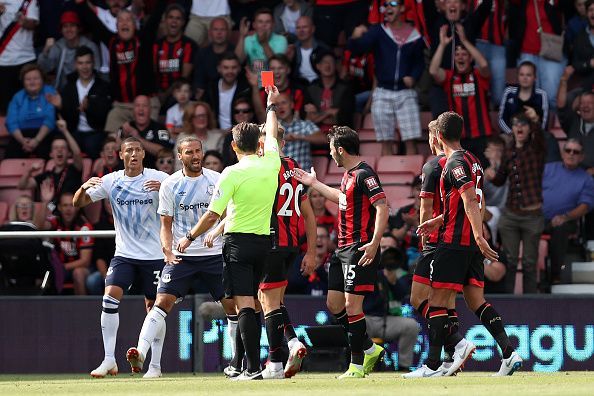 Richarlison is surprised after Probert brandishes the red card

Admittedly, this is an easy one but no less unfortunate. Richarlison, Everton’s star man, was naive and lost his head for a brief moment: precisely enough time to convince referee Lee Probert that he warranted a straight red card.

Full-back Adam Smith instigated the contact between himself and the Brazilian, clearly eager for a response. The winger obliged and although contact was minimal, it proved enough for the 27-year-old to overreact and get his opponent sent off.

Before that, he was trying to stamp his authority on the game with a significant contribution though ultimately to no avail. He won three aerial duels, completed two dribbles, two unsuccessful touches, was fouled once and had 71.4% pass accuracy – only midfielder Tom Davies (70.8) had worse for the Toffees. 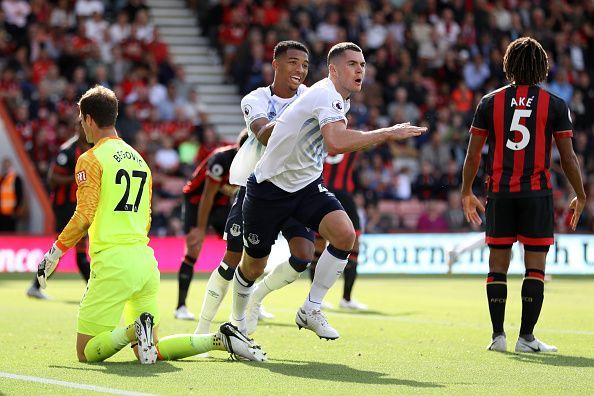 Although cruelly halted minutes before the full-time whistle after sustaining a horrible head collision with Idrissa Gueye, it was an encouraging defensive showing and one that will provide Everton supporters confidence that their long-term issues at centre-back are being worked upon.

Michael Keane endured a difficult first campaign at Goodison Park last term but with displays like this, critics can see why they paid £30 million for his services last summer.

Dominant in the air, he won a game-high five aerial duels and distribution from the back was regularly accurate too. His passing accuracy of 87% was the team’s highest while he also made five clearances, three interceptions and a tackle to go with an emphatic header which doubled the visitors’ lead. Unlucky not to be on the winning side today, we can only wish him a swift recovery from a nasty injury. 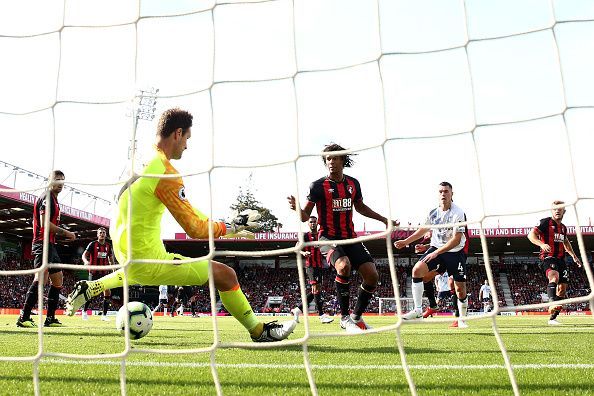 Bournemouth fought hard to earn a point, but they could and probably should have won all three. Begovic, one of their most reliable performers, was at fault for their second goal and definitely could have done more to deny Walcott’s strike too.

Keane leaped above his marker to head home from close-range but Begovic had anticipated the shot and quickly manoeuvred in his attempts to deny him. The ball ricocheted between his legs before trickling in, leaving him no time to react.

As for the first, that one doesn’t look good either. Cenk Tosun set Walcott free with an appealing one-on-one opportunity and though his effort ultimately rifled in at the near post, Begovic dived too early and left the Englishman ample space to aim at. It may seem harsh to blame him for that goal, as Bournemouth’s high backline allowed the opportunity itself, but if he had covered his angles properly, it would have been a routine save. 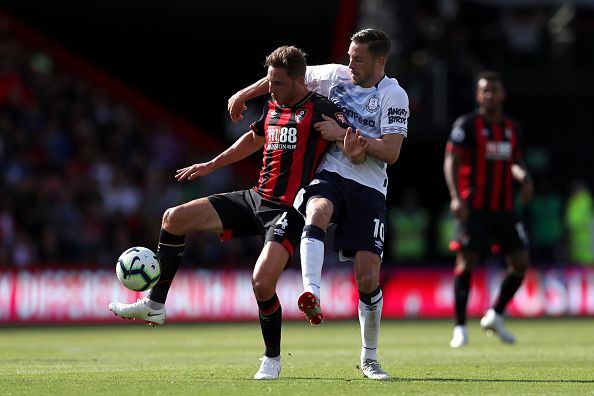 The Iceland midfielder received plenty of criticism after an underwhelming campaign last term, but he has started the new season brightly and looks intent to play a key role in Marco Silva’s Merseyside revolution.

Crucially, he did plenty in the final third today without constantly needing touches on the ball. 33 in total, the same as Begovic – he made two key passes, two tackles, three interceptions and provided the inviting delivery from which Keane doubled the Toffees’ lead.

The fact he was able to deliver just as much in a defensive sense is impressive too: he offered more off-the-ball than the rest of his attacking teammates and retained possession well (86.7% pass accuracy). Subtlety often typifies his playstyle and here, he excelled. 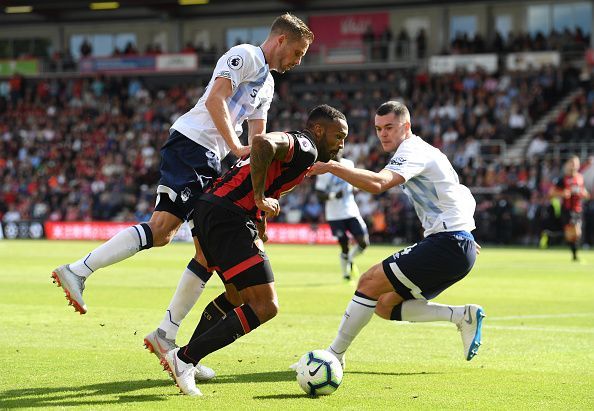 Wilson was a real nuisance for Everton to deal with, typified by this picture

Now, I also could have chosen Ryan Fraser (game-high four key passes!) here but instead, I’ve picked Callum Wilson. He won Bournemouth a spot-kick, hit the post and could have scored a hat-trick of his own too.

Naturally the focus will be on his missed chances, though he was unfortunate and forced Pickford into an important diving save under pressure from Mason Holgate – who himself was lucky not to give away a penalty after being overzealous from behind. 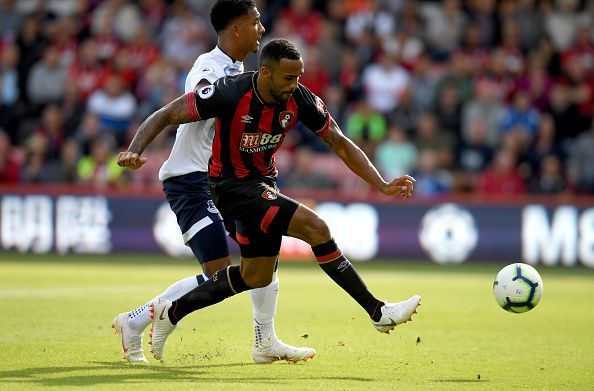 Wilson came close to scoring on numerous occasions, particularly this one when under pressure from an onrushing Holgate in the area

His header created Aké’s equaliser, having cannoned back off the woodwork and he proved a real handful for both centre-backs once more after an impressive display away at West Ham last weekend.

Tireless running when out of possession, he combined with strike partner Joshua King to apply stress and hurry Everton’s plans to distribute out from their backline. Another impressive display, he was very unlucky not to be on the scoresheet here but it’s obvious he’s making up for lost time after suffering two cruciate ligament injuries in successive seasons.