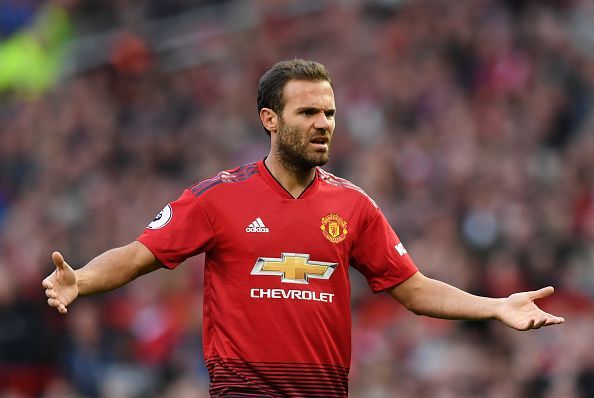 Manchester United midfielder Juan Mata has been at the club for four-and-a-half years now. Signed by David Moyes for £37.5m from Chelsea, the Spanish international has produced excellent creative moments and important goals alike.

However, in recent seasons, his minutes and productivity in the final third have progressively dwindled under Jose Mourinho’s watch and a lack of regular first-team opportunities has posed questions about his future.

Not being involved completely in United’s past two matchday squads before the international break speaks volumes about how Mourinho must value him. The fact that, at 30-years-old, he’s unreliable defensively and contributions in the final third are not as effective as they once were, doesn’t look good from his perspective.

With that in mind, Mata has made more appearances (188) at Old Trafford than their Premier League rivals and La Liga side Valencia in his career. His creative presence will inevitably need to be replaced – so here’s a look at three potential long-term replacements that could succeed the Spaniard at some stage soon: 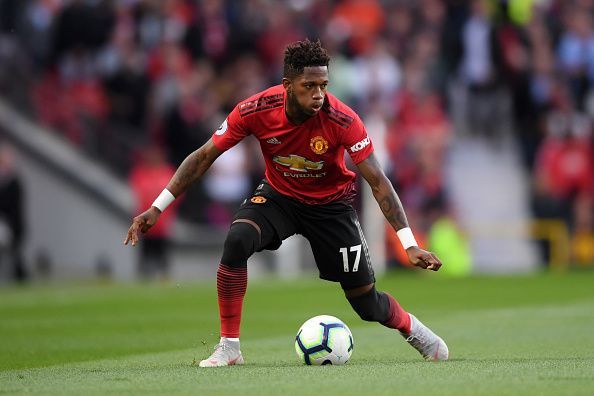 The 25-year-old midfielder, signed for a reported £52m fee this past summer, was heavily courted by top European clubs but chose United – namely to work under Jose Mourinho’s tutelage.

Just how long that marriage will last remains to be seen, though it’s clear the Brazil international is held in high regard and the club displayed a real belief in his abilities to splash so much money for his services.

Mourinho told the club’s official website this, in July: “We think that players like Fred and Andreas Pereira, are more technical, passing and playing in short spaces and maybe connecting with the attacking players.”

Fred has been predominantly playing in a central role, though it’s clear his attacking tendencies are waiting to expand in a free-flowing position, similar to Paul Pogba and how he flourishes when given freedom to express himself.

He has created four key passes, maintained 87% pass accuracy, made five interceptions and completed 22 recoveries already this term after four league games – so why not? An all-action midfielder who can balance attack with defence well, it’d be a suitable Mata replacement. 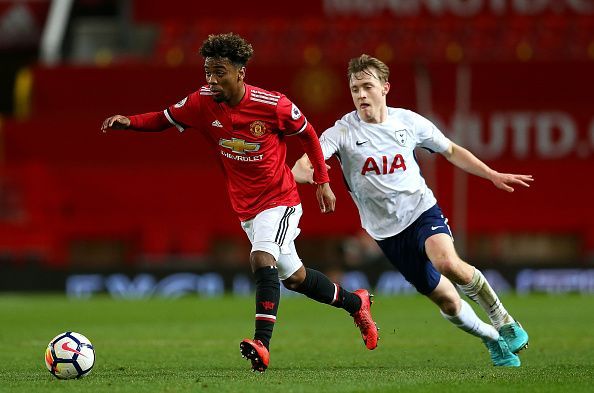 Certainly one for the future, 18-year-old attacking midfielder Angel Gomes is a player that will be hoping to earn his full United breakthrough sooner rather than later. After all, a few of his teammates at youth level with England have already tasted more competitive football than him – and are consequently reaping the rewards.

Dortmund’s Jadon Sancho is a prime example being only five months older than Gomes, he took a calculated risk in rejecting Manchester City’s contract extension offer and left for Germany last summer. Since then, he has made 15 senior appearances, scoring once and creating six more assists (all comps).

It’s easy to forget that Gomes became the first millennial to play in the Premier League, replacing Wayne Rooney on the final day of the 2016/17 campaign. He was warmly received at Old Trafford and the appearance a justified reward for his efforts at youth level but like Jesse Lingard (now 25), he might need some patience in waiting for an opportunity centre-stage. 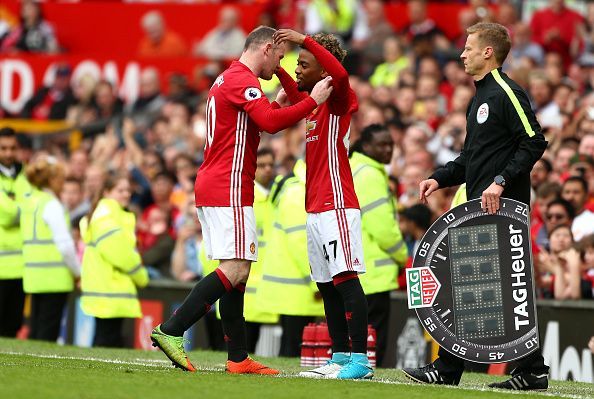 Gomes (right, no.47) made his Premier League debut against Crystal Palace in 2016/17

Manchester City’s Phil Foden, Wolves midfielder Morgan Gibbs-White and Chelsea winger Callum Hudson-Odoi are all in a similar situation – Gomes needs to emulate their recent success and earn more senior minutes himself. He has scored three and created another in four Premier League 2 matches thus far this term, it’s evident that he’s good enough for a more competitive challenge. 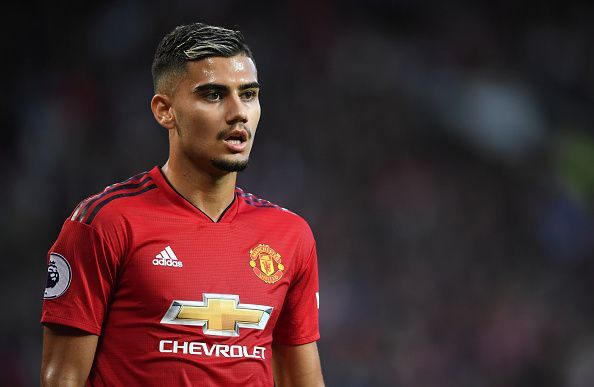 After loan spells with Granada and more recently, Valencia, Andreas Pereira is playing a patient waiting game in Manchester. The highly-rated midfielder, 22, has been on the books at Old Trafford since signing for £150,000 from PSV Eindhoven in January 2012.

Spain proved a useful experience for him in his quest to earn valuable senior minutes – but has only served as a desire for more. United would prefer him feel this way than waste his time playing under-23s football, though it came as a surprise that his future was not finalised over the summer months.

With less than a year left (one-year option to extend) on his existing deal, he had a full pre-season campaign under his belt and a chance to stake his claim for a starting berth too, having not been called up for Brazil’s World Cup squad over the summer.

Having played in a variety of different positions across midfield and attack, it was important to establish clarity and faith that Pereira would play more frequently where he is best utilised. That is as a number ten, or at least a creative-minded central midfield player.