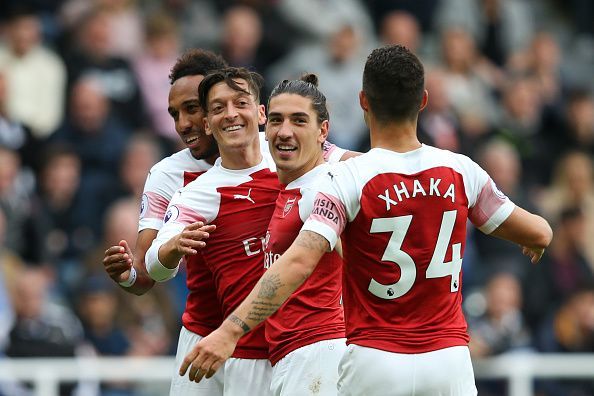 A slow-burner at St. James’ Park, Newcastle United succumbed to a narrow 2-1 home defeat by Unai Emery’s Arsenal side – after two goals in less than ten minutes from Granit Xhaka and Mesut Özil shortly after the interval.

Substitute defender Ciaran Clark was able to reduce the deficit with a well-taken header prior to stoppage-time, though his effort proved too little too late for the Magpies – who created plenty of promising chances but failed to convert against an Arsenal side worryingly vulnerable defensively once more.

This result marked the first time that Arsenal have won consecutive Premier League away games since May 2017, so with that in mind – here are five players who experienced contrasting fortunes during this affair: 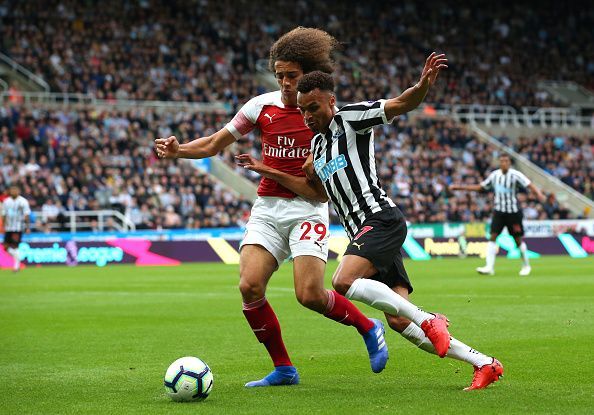 Plenty of work to do going forward

It was a forgettable display for the former England under-21 international, who signed for £10m last summer but has thus far failed to reach his potential on Tyneside.

The 23-year-old winger has not started the campaign particularly well, having managed only a goal and solitary assist in 25 Premier League appearances last season. There’s a question over his quality and whether he is consistent enough to regularly produce at top-flight level, having excelled in the Championship previously.

After a performance like this, these issues will continue to arise. He played 70 minutes – had 47.1% pass accuracy, failed to create a chance or complete a dribble, was dispossessed three times and committed a foul too.

Featuring more heavily from a defensive standpoint, his accuracy in the final third was completely off and attacks stemmed from Matt Richie on the opposite flank instead. 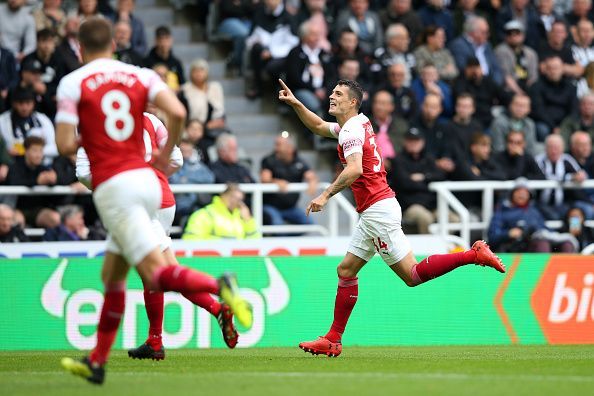 Xhaka’s sweet strike broke the deadlock with aplomb, but he performed well throughout

When looking for someone to blame for Arsenal’s struggles, failures or inability to win matches, supporters regularly turn towards a handful of players. None more so than Granit Xhaka, it seems. The Switzerland captain divides fans – some believe he’s not good enough to patrol their midfield, while others feel he is a scapegoat and genuinely under-rated.

A performance like this one proves his worth in Emery’s system and more importantly, Arsenal going forward. Playing alongside Matteo Guendouzi in his preferred deep-lying midfield role, he continues to provide a goal threat from distance and this was a valuable asset here.

His free-kick effort was beautifully struck and sent Dubravka sprawling, while also coming at an opportune time in the match where Arsenal were able to utilise their momentum to devastating effect.

One key pass, 82.5% accuracy (game-high 103 passes), one tackle, two interceptions, two clearances, no fouls (!). Not bad from the Gunners’ silky metronome, whether you love him or hate him. 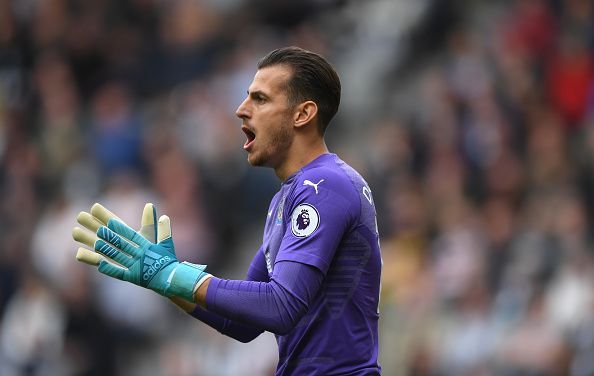 An afternoon to forget for Newcastle’s first-choice

Arsenal, for all their attacking qualities, only fashioned two shots on target throughout the 90 minutes. They scored both chances.

As previously mentioned, Xhaka’s strike was an excellent one and the Slovakian cannot be blamed for his failure to keep it out. With Özil’s goal though, he’ll be angry at himself for not getting his feet set in time to thwart the playmaker inside the box.

Granted, the ball was fizzed into the box with pace and eventually sat up nicely for him to strike. However, Dubravka’s reactions were delayed and he didn’t get a strong right-hand to the effort, instead watching it ricochet in.

If he makes that save and play continues, Newcastle earn a hard-fought point and this list is a completely different alternative. 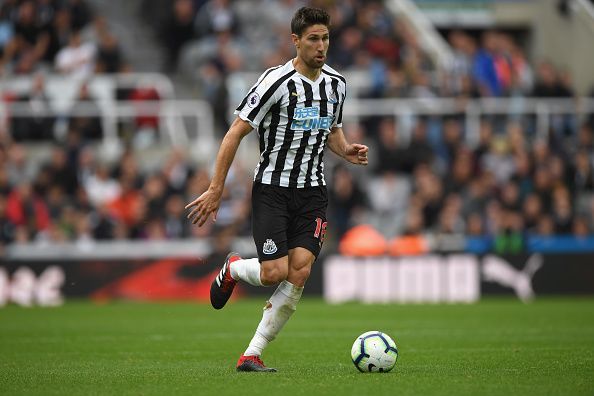 Two tackles, interceptions, blocked shots, three clearances and an inviting assist for Clark’s header, Fernandez kept Aubameyang at bay and was unfazed by Lacazette’s movement too.

His sliding recovery challenges were perfectly timed when he found himself outnumbered in battles for possession and you could empathise with the amount of defending needed to shut Arsenal attacks out.

It’ll be interesting to see how he combines with Jamaal Lascelles (ankle) once the club captain returns to full fitness again. 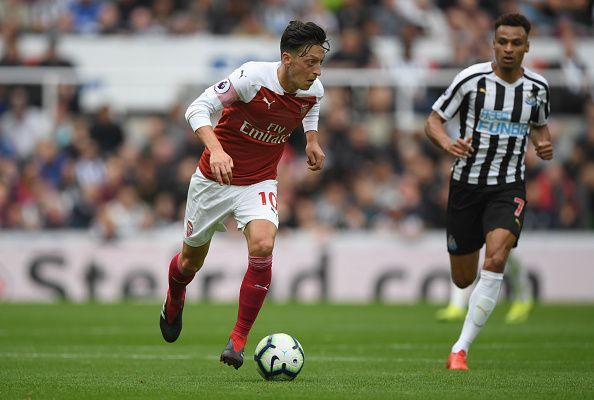 Well, precisely the way to silence your critics! Until next week, mind. Expectations on Özil’s shoulders have increased under new management and naturally, the German playmaker initially looked to embrace that in pre-season – but uninspiring displays to kick off the campaign saw criticism flying his way once more.

Suggestions of a disagreement between himself and Emery surfaced, were quickly shot down, but it’s been clear that Mesut is not playing his preferred number ten role. Still a transitional phase from Wenger’s traditional formation preferences, his shift out onto the wings can leave him even more isolated without regular service.

Here, on his 200th club appearance, he excelled against precisely the type of opposition he’s earned a reputation for “going missing” against. He took his goal well and created more chances (3) than anyone else on the pitch. Whereas Ramsey, who played through the middle, was wasteful in possession, he was not.

89.5% passing accuracy, this was only bettered by Guendouzi (97.5%). His intelligent movement, the ability to orchestrate and off-the-ball running never tend to show in the statistical columns but he certainly does work hard for the team, more than critics give him credit for. His teammates will be hoping this propels him into an excellent run of form, with plenty of fixtures coming thick and fast shortly.