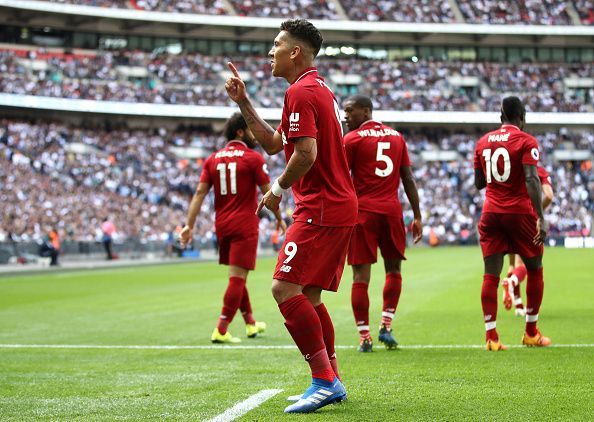 Georginio Wijnaldum’s first away strike, as well as Roberto Firmino’s close-range effort, helped seal a narrow yet commanding victory for Liverpool against Tottenham at Wembley.

Jurgen Klopp found himself regularly frustrated at his side’s inability to take their goalscoring chances with more of a clinical edge, as their 2-1 win flattered Spurs in a match they dominated in terms of clear-cut opportunities.

However, they maintained their perfect start to the new campaign – five wins from five matches, the ideal preparation ahead of next week’s Champions League home fixture against Ligue 1 champions Paris Saint-Germain. Let’s take a look at the 3 reasons why the Reds ran out 2-1 winners over Mauricio Pochettino’s men this afternoon. 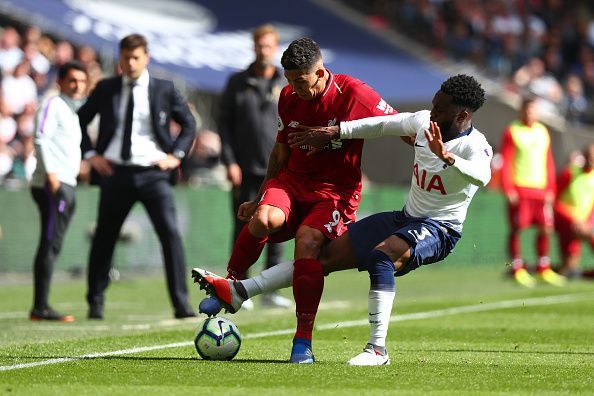 The way in which Pochettino set up his side today remains a mystery, even in the post-match analysis.

Starting Danny Rose over Ben Davies turned out to be a mistake, as the England international was continuously looking to get forward – rather than remaining patient and holding firm defensively when out of possession. The blame, of course, cannot be solely placed on the 28-year-old, though selecting a four-man backline proved pivotal in the way Liverpool attacked at will.

Their forward players were regularly bypassing both him and Kieran Trippier down the flanks, leaving Vertonghen and Alderweireld to defend 3 vs 2 situations far too often. They were sloppy in possession and uninspiring off-the-ball, a disappointing display where neither player created enough to warrant such attacking tendencies against Liverpool’s counter-attacking tactics.

Dier struggled in holding midfield, as the Reds’ relentless pressing game saw him isolated with seemingly limited forward options to pass to. All in all, they failed to take care of possession well enough while allowing Liverpool to regularly create chances because their tactical set-up played to the visitors’ strengths.

#2 Excellent displays from Firmino and Milner 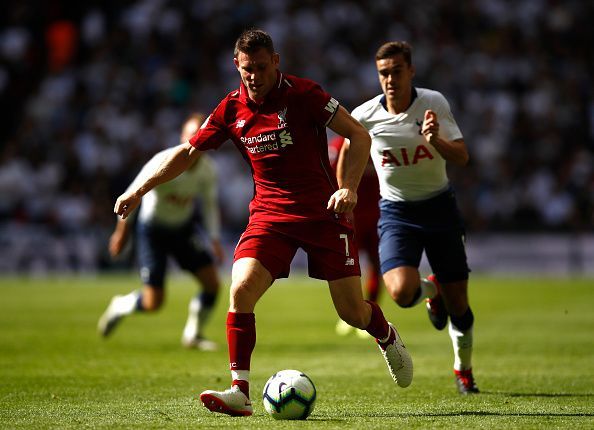 Milner performed well once again, was dependable and stood out when Liverpool needed continuity

Firmino doubled Liverpool’s lead from close-range and although questions could be asked about Michel Vorm’s goalkeeping, it was no less than the Brazilian deserved. He worked tirelessly both in and out of possession as usual, was an energetic presence that Spurs defenders struggled to deal with and this was evidenced by how his match was ended with 20 minutes still to play.

Vertonghen sent him sprawling to the turf after accidentally flailing his fingers into the forward’s eye and after a medical assessment, the 26-year-old deemed himself unfit to continue. Having held up play well to involve other teammates on forward runs, he continuously scanned for options around him and probably should have scored more than one – if not for Salah’s unselfishness in front of goal. 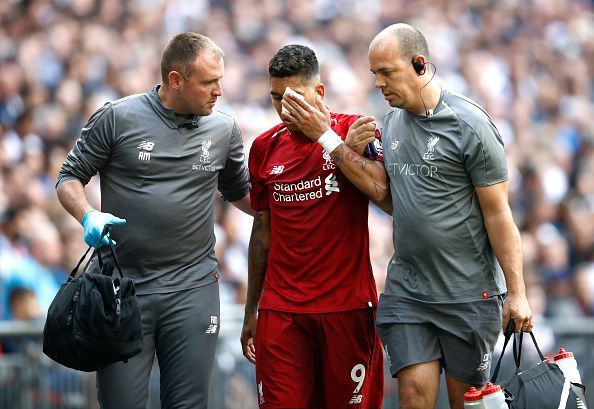 Firmino was forced off with 20 minutes left, after treatment from the physios for an innocuous eye injury

Meanwhile, Milner was excellent in his central midfield role once more. Everywhere again, he covered every blade of grass, worked tirelessly out of possession and showcased his excellent passing range.

I could have easily chosen Wijnaldum here instead, considering he scored an all-important goal. However, he faded as the match progressed – something Milner, at 32, never seems to do. Five completed tackles, two clearances and three key passes, a solid afternoon’s work from the experienced head among Liverpool’s high-flying squad. 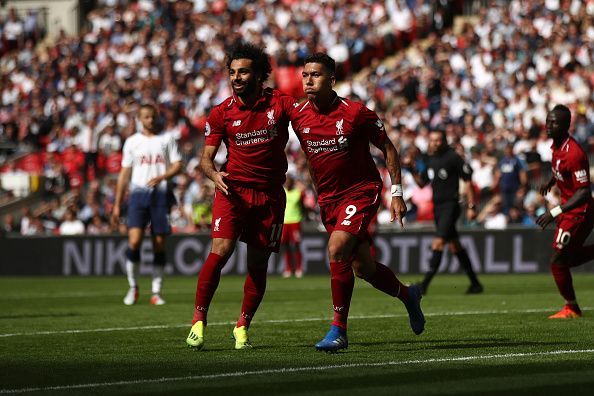 If the trio were more clinical, they would have easily combined to score five goals – at the very least. Salah, for last season’s heroics, got frustrated too quickly in his pursuit of a goal.

Had he been more patient and unselfish in-front of goal, Liverpool would have confirmed all three points long before the full-time whistle. Only Harry Kane (22) had fewer touches on the ball than him, yet he took four shots and really should have been more potent with his chances.

Mané’s decision-making meanwhile, was lacking. He probed both in and around the Spurs box often but he’d either been fouled (game-high 6 times!) or lost the ball by the time an opportunity had opened up.

Firmino, as previously stated, did the dirty work that never really shows up in the match stats. His relentless pressing game and intelligence out of possession meant the trio were increasingly dangerous against Tottenham’s backline.