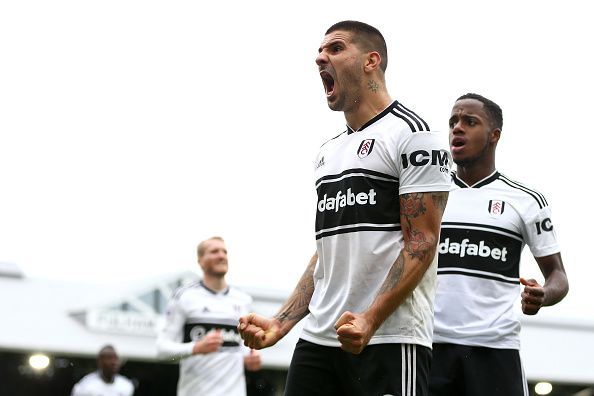 Aleksandar Mitrovic’s close-range finish was enough to snatch a late equaliser for a spirited Fulham side who started slowly, and could’ve been dead and buried before the half-time interval against Watford in the Premier League‘s early kick-off.

Instead, manager Slavisa Jokanovic changed personnel and made a formation change too as the Cottagers went in search of a way back into the game – opened after less than 90 seconds when Andre Gray reacted quickest in the box.

Ultimately, the points were shared in a wet, hard-fought London derby draw although the visitors will feel frustrated they failed to capitalise on the multiple chances created, particularly in the first-half, and periods after the interval. With that in mind, here are five players who experienced contrasting fortunes during this affair: 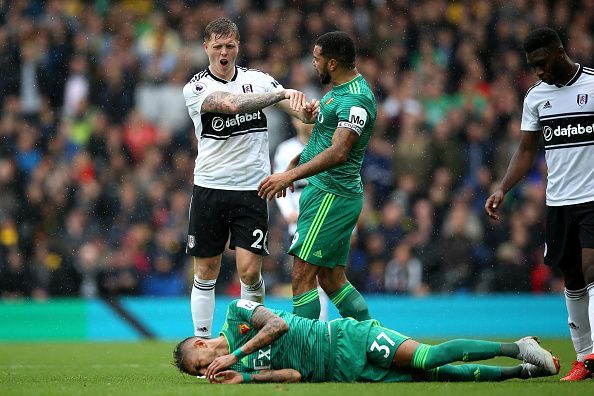 It was a difficult afternoon for Mawson, the less composed and more erratic partner to Calum Chambers in central defence. Unsurprisingly, he was hooked at the half-time interval in place of Denis Odoi – who displayed both experience and composure in defensive situations where the Englishman struggled here.

Early on during Watford’s flurry of attacks, he failed to effectively deal with danger when it arrived. Out-muscled by both Christian Kabasele and Troy Deeney, he appeared shaky throughout, and things were made worse by the fact he’d already received a booking after needlessly fouling goalscorer Gray, who had the constant beating of him in one-on-one battles.

Lucky not to give away a penalty after his sliding challenge on Hughes in the box was waved play on by referee Martin Atkinson, replays later showed he didn’t actually win the ball, instead colliding into the creative midfielder. Another official on another day would have pointed to the spot, from which the game could’ve got worse for the hosts. 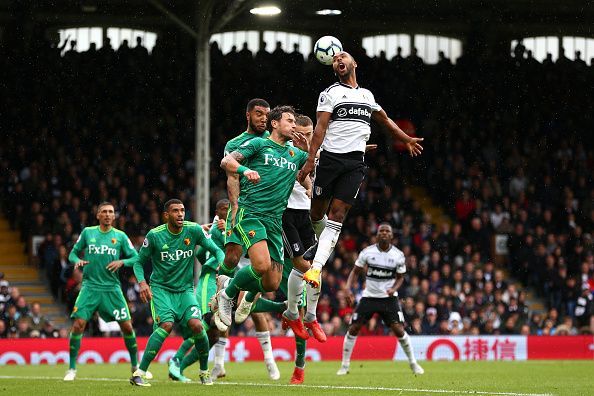 Odoi was an effective substitution and did precisely what was asked of him when introduced as the second-half got underway.

A reassuring figure in Fulham’s backline, he embraced Watford’s counter-attacking pace and dealt with danger calmly too – making an interception and five clearances, most of which helped prevent goal-scoring chances as Deeney and Gray probed.

He kept his passing simple (89.7%, 29 completed passes) and was aware alongside Calum Chambers, who too performed well but committed too many clumsy fouls to warrant a place here over the 30-year-old Belgian. 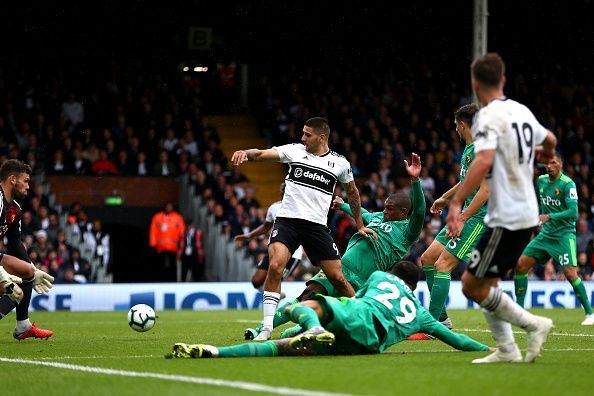 Mitrovic was a continuous menace in and around the final third, netting an important leveller

Despite a frustrating first-half, the Serbian stuck to his strengths and was persistent in his pursuit of the equaliser. Ultimately it paid off – much to the team’s relief – and he was also unlucky not to have scored more in truth.

He worked tirelessly, as usual, out of possession. His hold-up play was excellent, even when his passing accuracy and decision-making left a lot to be desired. Fulham’s increased tempo saw more opportunities fall to his path, though his headed chances earlier on were more half-chances than clear goal-scoring efforts.

With that being said, he ran Christian Kabasele ragged all afternoon long and had him beat easily in the air with a worrying regularity that no Watford player could resolve. Only Troy Deeney (7) came close to his 11 total aerial duels won over the 90 minutes, he hit the crossbar and played a pivotal role in Fulham’s comeback efforts.

8 shots, two on target, hit the woodwork, one key pass, one completed tackle, two clearances on a busy day’s work for the hosts’ star man. Since February 3, he has scored the most goals of any player across England’s top four divisions with 17. Joint top goalscorer alongside Chelsea’s Eden Hazard with 5 in the Premier League this term, he’ll be hoping his form continues. 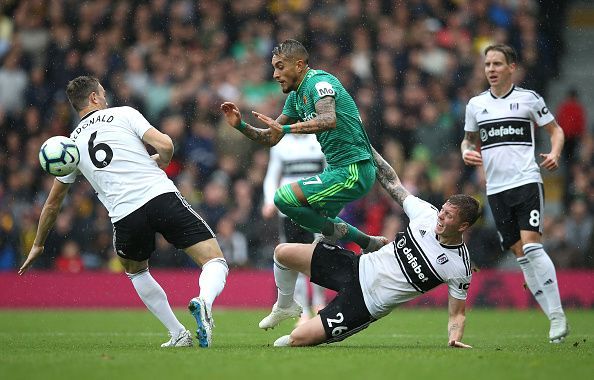 The creative Argentine was rarely involved in Watford attacks, instead losing possession or being tackled

The best way to describe Pereyra’s display here, is the fact he was so isolated that at times, you genuinely forgot he was playing.

Operating alongside Hughes as a two-man attacking midfield partnership, he shifted out towards the wings regularly in attempts to provide width and another creative option for Watford to pursue. However, his passing was not adventurous, nor did he deliver any individual brilliance to warrant receiving the ball as often as he would have liked.

He was fouled twice, found offside once, dispossessed twice and had two unsuccessful touches in a frustrating game where the Argentine was unable to impact the match like he has previously done since the season began last month. 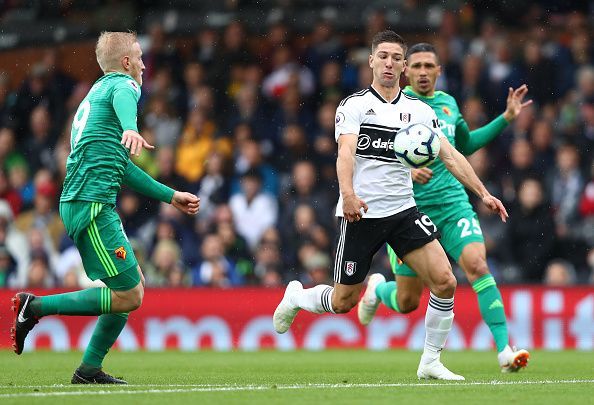 It was a real surprise that Gracia was taking off Hughes, not Pereyra, after 70 minutes on the clock. After all, he’d been Watford’s best player in a match they were still winning up to this point – having balanced his creative instincts with his defensive responsibilities well.

It was his deft pass into Gray’s path which created the Hornets’ opener, and he continued to produce intricate moments like these in attempts to add to their lead as the match progressed.

Crucially though, he didn’t shy away from defending out of possession either. It’s something that has been a criticism of his game, though the 23-year-old was embracing his free-roam role here, making two tackles, two clearances and three important interceptions at times when Fulham were beginning to fashion their own chances in the box.

If not for his intervention to thwart Luciano Vietto seconds before being replaced, the Cottagers could have easily stolen all three points. It was the type of unselfish performance that often goes unnoticed, particularly because on the surface, credit immediately goes the way of goalscorers in matches like these.

However, Hughes has shown great maturity and progression recently, so it’s no surprise that he is earning his starting berth in midfield after an initial difficult period following his £8m move from Derby last summer. Displays like these justify why he was such a highly-rated youngster when he broke through in his teenage years.