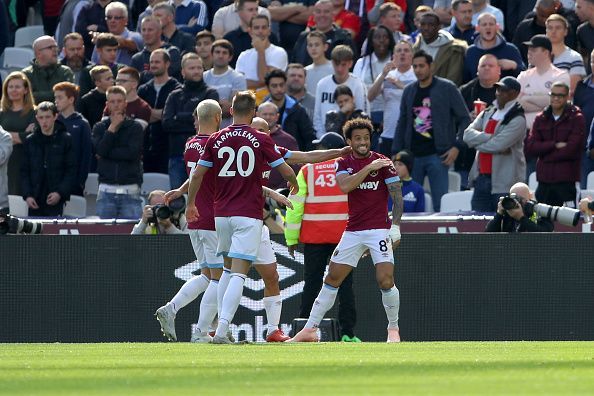 Goals from Felipe Anderson, Marko Arnautovic and a Victor Lindelof own goal were enough for West Ham to claim their second Premier League win of the campaign in style, against an out-of-sorts Manchester United side who struggled and deserved to lose at the Olympic Stadium.

Much of the pre-match build-up centred on Jose Mourinho’s public argument with star midfielder Paul Pogba in training earlier this week. The World Cup winner started as usual here, as part of a midfield trio in a 5-3-2 formation deployed by the visitors.

However, he and his attacking teammates were unable to stop United from succumbing to their worst league start in 29 years. With that in mind, here are five players who experienced contrasting fortunes during this affair: 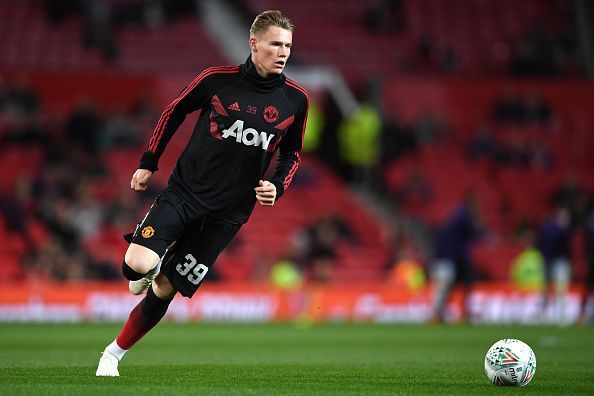 McTominay struggled in an unfamiliar position against West Ham

Performances like these do not bode well for promising youngsters eager to earn senior opportunities in England’s top-flight, particularly when they are being played out of position.

McTominay started here as part of United’s central defensive trio, alongside captain Chris Smalling and Victor Lindelof. Although you should be cautious with criticism in situations like this, he looked precisely what he was; a midfielder playing in defence. Mourinho was testing his versatility and post-match, revealed that he was genuinely impressed with the attitude shown – suggesting he was the best of all three, which wasn’t hard given their defensive frailties in truth.

However, it’s even clearer that the Scotland international would really benefit from earning valuable minutes every week in the Championship. He played the Hammers’ attack onside for their opener and struggled to cope with the relentless nature of their attacking moves. As highly-rated as he seems under the Portuguese, it’s very unlikely he’ll be playing there again anytime soon. 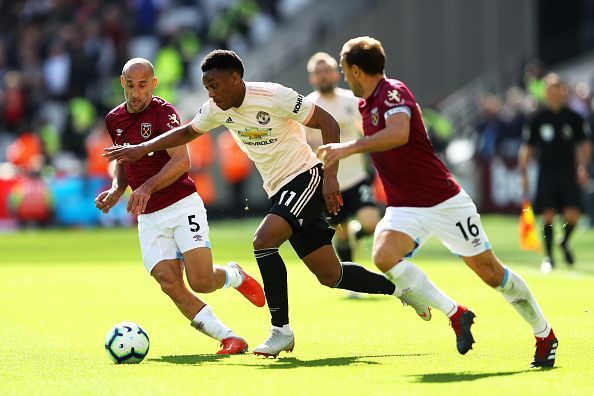 Dependable defensive shift: Zabaleta (no.5) worked hard to thwart the likes of Martial many chances here

Pablo Zabaleta, 33, was the oldest outfield player involved in either side’s matchday squads today. While Ashley Young – five months his junior – struggled on the opposite side, the experienced Argentine relished the challenge of facing United’s attackers and passed the test with flying colours.

He completed three tackles, one interception and clearance as well as two blocked shots during the 90 minutes. Although his involvement in Anderson’s opener was questionable, given he was offside, the delivery fizzed across the box was inch-perfect for the Brazilian to flick home from close-range and provided the hosts ample momentum to push forward with more intent as the match progressed.

Last season, many critics were quick to target Zabaleta as one of West Ham’s numerous defensive problems. Too slow, error-prone and on the decline, they said. Under new management and alongside new acquisitions in the backline under Manuel Pellegrini, what has changed then? 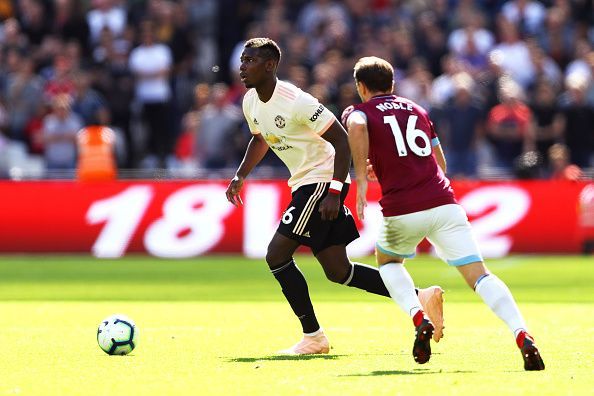 Noble was relentless in his pressing style, worked hard throughout and frustrated United’s midfielders

An unsung hero in a West Ham side who didn’t need to be at top gear to prevail today, Mark Noble.

The 31-year-old has established himself as a mainstay in central midfield for over a decade now in east London – his performance today typified exactly why. A tireless display, he was patient in possession and importantly, worked hard off-the-ball to make things difficult for Manchester United in central areas.

He kept things ticking over accurately, with 81 touches, only Nemanja Matic (94) had more than his 67 passes (88.1%) over the 90 minutes. Defensively, he completed three tackles, one clearance and was fouled twice, before creating his 36th Premier League assist with a probing pass into Arnautovic’s path – the Austrian could not miss. 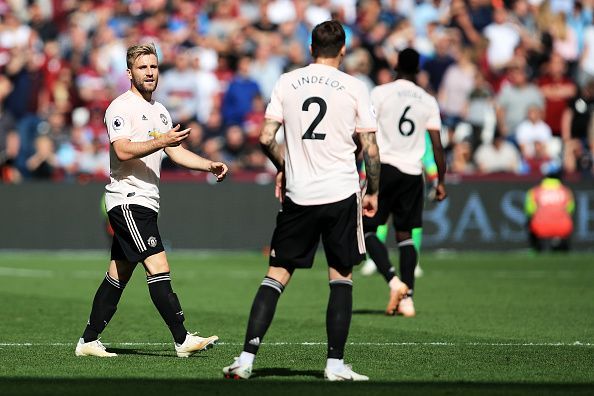 Shaw talking to Lindelof during United’s latest defeat, where again the Swede struggled

United’s defensive frailties have been magnified by Lindelof’s inability to defend convincingly and again, this proved the case here. He was all over the place and Eric Bailly certainly must be wondering what he has to do, in order to regain his starting berth once more.

Unsurprisingly hooked after 55 minutes as Jose opted for a change in personnel and formation, it’s fair to say the Sweden international has struggled in his attempts for consistency this term – so it’ll be a surprise if he’s not dropped.

His involvement in Yarmolenko’s goal was particularly grim: attempting to half-hearted close down the Ukrainian winger, ultimately ended up deflecting his effort beyond a helpless David de Gea into the bottom corner to cap off a forgettable first 45 minutes. Displays like this make it easy to forget they made him the most expensive defender in the club’s history last June. 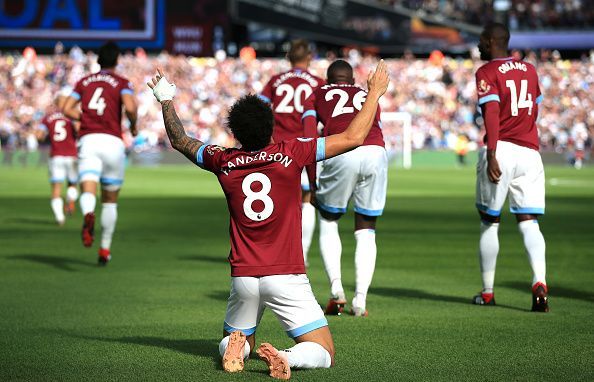 Anderson, who has displayed brief flashes of his individual quality since sealing a £35m move (plus add-ons) this summer, has finally asserted himself over a full 90 minutes.

The creative hub orchestrating West Ham’s attacking moves, he created a joint game-high three key passes, was fouled thrice too and proved a nuisance throughout – whether he was in the final third, or embracing his defensive responsibilities.

A game-high seven completed tackles, only United defender Chris Smalling (5) came close in comparison, while his deft flick beyond de Gea was executed to devastating effect. He could’ve had an assist too, had Arnautovic pounced slightly earlier from a teasing ball into the box. Encouraging performance, which will leave Hammers fans wanting more.