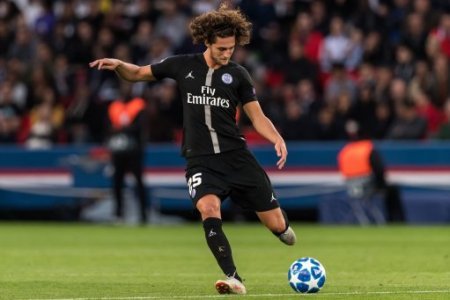 After an impressive start to the campaign for Ligue 1 champions PSG, there appears to be trouble once more…

It’s always interesting to see how players with expiring contracts handle their situation, though ultimately everyone is different. After a forgettable summer watching at home as his France compatriots lifted the World Cup, PSG midfielder Adrien Rabiot is increasingly unsettled.

According to BeIN (via Daily Mail), the 23-year-old and his representatives have rejected a third contract offer from the Ligue 1 champions to extend the existing deal, which runs out next June.

This revised offer was worth a rumoured €7.2m (£6.32m) per-year and could be PSG’s final offer as they potentially prepare to lose a player who has been at the club for eight years.

Rabiot hit the headlines after refusing to be placed on France’s World Cup standby list, insisting that if he was not selected as part of the 23-man squad, then he’d not be a reserve player.

Having made 49 appearances across all competitions in 2017/18, he was a solid performer though flattered to deceive against tougher opposition – namely Real Madrid in the Champions League – so his omission was not all that surprising in truth.

Under new management in Thomas Tuchel as the club’s head coach this term, Rabiot has started all eight of PSG’s league games and featured once more as an ever-present midfield figure in their Champions League fixtures.

It’s clear that the German holds Rabiot in high regard, although that is not necessarily enough to convince him to remain in Paris with interested clubs circling across Europe. 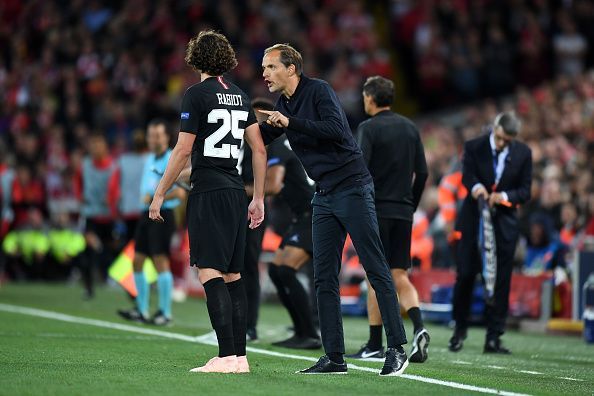 Apparently, there are also differences between the player and club’s sporting director Antero Henrique which continue to cause behind-the-scenes issues. Manchester City, Arsenal and Barcelona are just a handful of interested sides who are monitoring his situation – while both Liverpool and Bayern Munich are also on alert.

This rumour is a genuine one, although there has not been any official comment yet by the player or club, it’s a situation that both parties will look to resolve quickly.

It’s true that Rabiot had already rejected contract terms in recent months, so it makes sense that many other news outlets are following the story themselves.

As previously stated, Rabiot’s contract expires next summer and he will be free to talk to interested clubs in January – where pre-contract agreements can be finalised. However, PSG would rather sell him for a decent transfer fee while they still can, as opposed to losing him for free next summer.

In a situation as sensitive as this, it’s likely the club will hold crunch talks with the player to gauge whether he’s eager for a drastic pay increase or genuinely wants to leave – from there, they’ll make a decision accordingly.