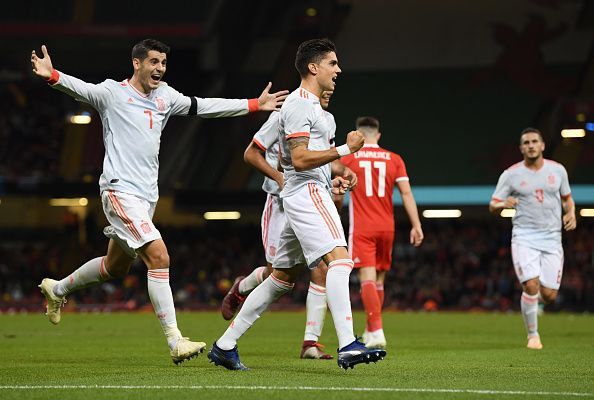 There was certainly a gulf in class on display at the Principality Stadium, as Luis Enrique’s Spain side cruised to a 4-1 victory over Wales on Thursday evening. It proved a useful warm-up fixture ahead of their UEFA Nations League game against England in midweek, though the visitors were keen to rotate their squad.

Paco Alcacer’s brace, as well as strikes from Sergio Ramos and substitute Marc Bartra proved more than enough for La Roja, though Sam Vokes’ headed finish minutes before full-time gave the hosts something to celebrate.

With all of that in mind, here are five players who experienced contrasting fortunes during this affair: 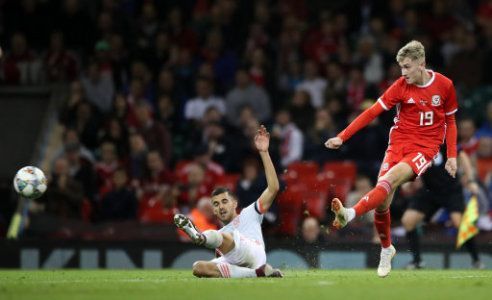 Brooks was Wales’ standout performer during a frustrating evening

It was surprising to see the Bournemouth playmaker not feature from the offset here, but he certainly made his mark nonetheless. Replacing Harry Wilson at the interval, the 21-year-old was easily Wales’ best player on a frustrating night for all concerned.

Spain was already 3-0 up before his introduction and in fairness to him, he worked tirelessly out of possession to ensure damage limitation for the Dragons down his right-hand side.

If not for an important sliding challenge by Gaya to deny the onrushing Conor Roberts, he would have probably created an assist – having glided across the pitch into the final third with a refreshing youthful exuberance that we’ve come to enjoy from Wales in recent years.

Eventually earned his reward after an excellent outside of the boot delivery fell nicely for Burnley’s Sam Vokes, who benefited from a fortuitous deflection to slightly reduce arrears, giving the hosts something to celebrate late on.

An impressive cameo appearance from the bench, Brooks is certainly a talented youngster with plenty of potential to fulfill at both club level and internationally too. 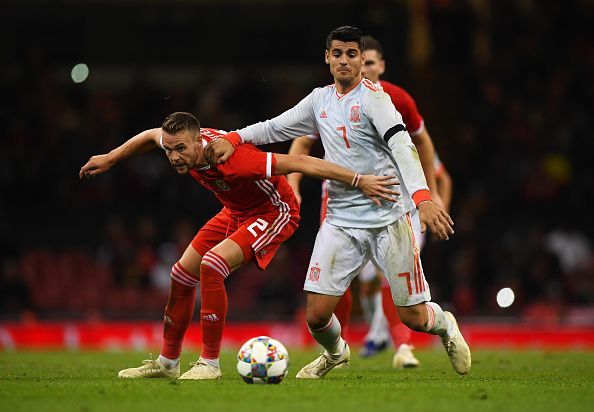 Despite making a few timely interventions, he was kept busy and had an increasingly tough time on the right side of Wales’ backline.

Álvaro Morata, despite his poor finishing, persisted in getting the better of him during their individual battles – while Jose Gaya was a continuous threat down the left, bombing forward where possible to create both useful width and an additional problem for the hosts to deal with out of possession.

Although he was up against better opposition, it was a disappointing display from the Reading centre-back, who made his 90th international cap here. 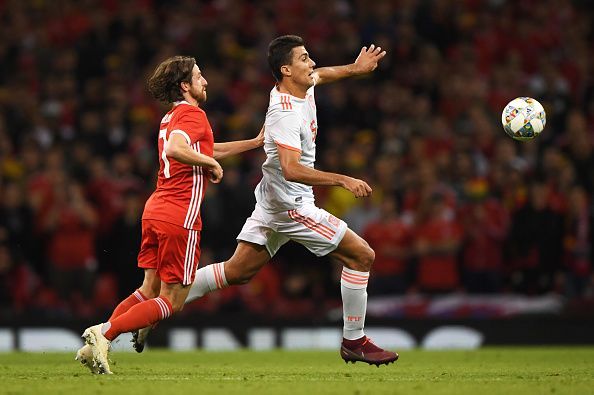 Rodri battling with Stoke’s Joe Allen for possession in midfield

It was one of those performances where if you didn’t know him before kick-off, you’ll certainly remember his name afterward. Atletico Madrid central midfielder Rodri, 22, made his return to his boyhood club for a reported €20m from Villarreal this summer.

He has impressed with consistent performances across all competitions already this term and naturally, was rewarded with another Spain call-up here.

Combining alongside Dani Ceballos and club teammate Saúl Niguez in a midfield trio, he controlled the deep-lying areas protecting his backline well. In addition, he retained possession well to excellent effect – looking to pass forward and continuously hurt Wales, who struggled to keep up at times.

Barcelona’s Sergio Busquets, who has made that responsibility his trademark over the past decade and counting, watched on from the bench. Presumably rested with England in mind, he would have been impressed. 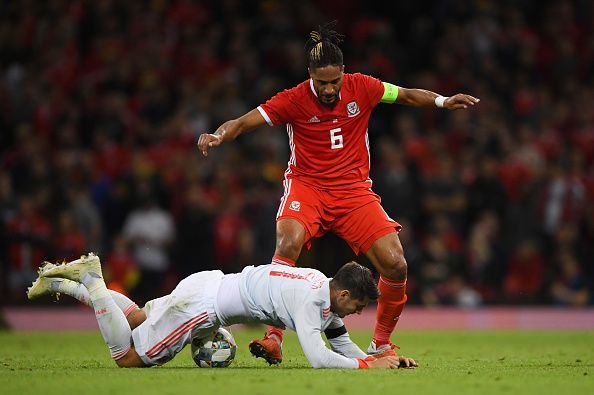 The 34-year-old has been declining for a few seasons now and despite Joe Allen’s comments in midweek suggesting otherwise, his defensive display here just reiterates that fact.

If lax marking and sloppy, static defending are a testament to defensive improvements, correct me. However, the experienced captain certainly didn’t lead by example – was nowhere to be seen when Ramos headed home before the interval.

Substituted at the break, he doesn’t have the recovery pace or necessary physicality required to effectively deal with top attackers anymore. That’s probably why the Toffees were happy to loan him out with Championship side Stoke taking him on a season-long basis.

On the basis of this display, Ethan Ampadu’s fast-track towards the Wales captaincy race is something that will happen sooner rather than later. 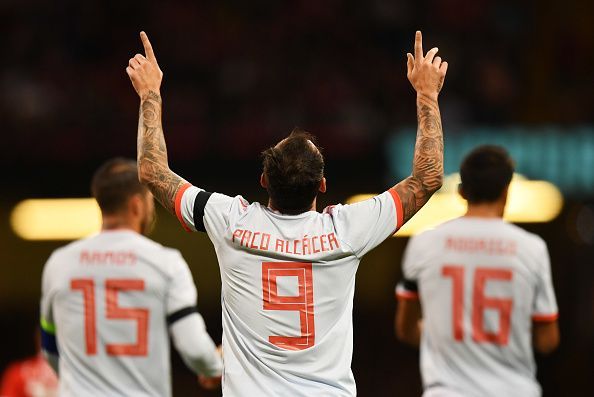 Paco Alcácer probably couldn’t have dreamed of a better start to this campaign. With seven goals in 171 minutes for Borussia Dortmund, on-loan from La Liga champions Barcelona, he unsurprisingly earned a Spain recall this week.

It’s the first time he’s featured for La Roja since March 2016 and speaks volumes for just how quickly players can burst into form or equally fall out-of-favour on the international scene.

He had not scored since October 2015, when he netted a brace during their 4-0 win over Luxembourg, so this match would have been an important one for him too. Crucially, he delivered.

The first goal was a good finish, breaking the deadlock after just seven minutes when Wales goalkeeper Wayne Hennessey failed to clear his lines from a teasing cross – rifling home into the top corner. His celebration said it all really, the goal was a gift.

The second goal? He couldn’t miss. Wales once more made a mess of an in-swinging delivery and Wilson inadvertently flicked the ball into his path from close-range.

Replaced by Iago Aspas on 73 minutes with England up next, the 25-year-old will be looking to continue his red-hot goalscoring form against Gareth Southgate’s side.