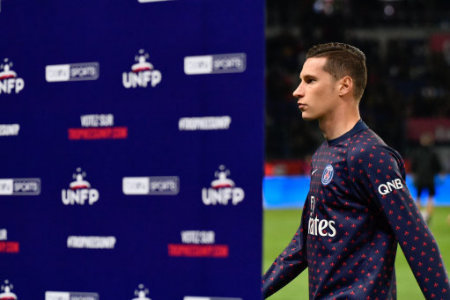 PSG creative midfielder Julian Draxler is being held back by fierce competition for places with the Ligue 1 champions, and has yet to reach his full potential.

That is according to one of the 25-year-old’s former coaches, Dirk Reimoller – who worked with the Germany international during his days in the youth ranks at Bundesliga side Schalke.

He has suggested the best way forward from here, is for Draxler to depart PSG in search of more regular first-team opportunities, which will naturally spark yet more transfer speculation surrounding his long-term future.

During an interview with Spox (via Goal), Reimoller revealed that although Draxler is more than capable, his development has stagnated given just how much competition there is.

“He has not reached his full performance level by a long shot. I’m convinced of his footballing and human abilities. The situation of the central creative players is becoming increasingly difficult when you look at the top teams.

For their development, it may even be better if players like Julian or Mario [Gotze] do not play in a top European team, but one that depends on them and is unsuccessful without them.”

Draxler, heralded as a wonderkid as early as 2010/11, turned 25 last month. He made 170 appearances over five years as a professional in Gelsenkirchen – before surprisingly joining rivals VfL Wolfsburg for €36m (£31.6m) in August of 2015.

There, he impressed in flashes but failed to ever really settle at a side who peaked quickly and consequently saw most of their key stars angle for lucrative moves elsewhere in Europe – namely fellow playmaker Kevin de Bruyne to Manchester City for £55m. 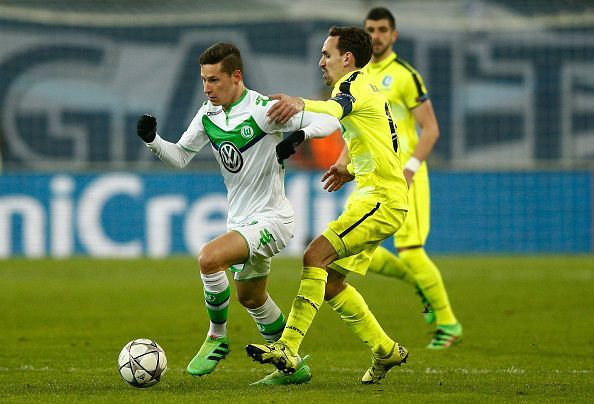 Promising, yet frustrating experience in Paris

Despite rumoured interest from various clubs, PSG were the beneficiaries of his services after completing a £40m deal (after add-ons) to start 2017 in style.

Just like with the Wolves, it’s fair to say that Draxler has displayed flashes of his individual brilliance – that performance against Barcelona, important contributions against league rivals Monaco and Lyon – but he’s been shunted out of the limelight by the arrivals of both Neymar and Kylian Mbappe.

Playing in a range of different positions, from central midfield to out on either flank, it’s been difficult for Julian to nail down a starting place in his favoured number ten role. That’s due to Unai Emery’s insistence to play a 4-3-3: while new boss Thomas Tuchel has regularly utilised Neymar there, when he does opt to play that formation.

Draxler has made nine appearances (all competitions) for PSG, but only three starts so far this season. Things are following a similar pattern on the international scene too. During this latest international break, he made two substitute appearances for Germany during their UEFA Nations League defeats by the Netherlands and France.

His existing deal in Paris does not expire until the summer of 2021, so there’s still plenty of time for him to consider his future – but it’ll be interesting to see how Tuchel continues to use him in midfield and whether the regular speculation actually commands formal approaches from interested clubs, who would be eager to have a player of Draxler’s quality starting more regularly.