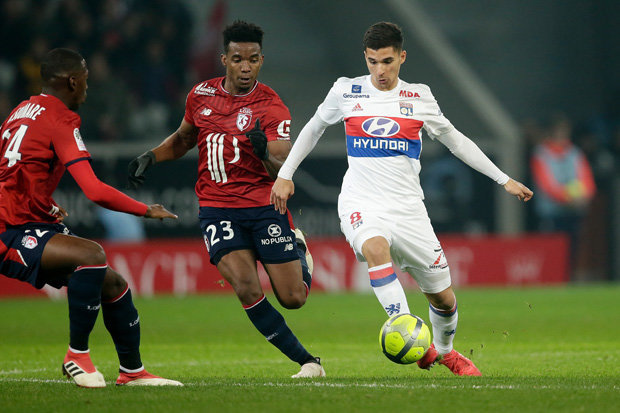 Ligue 1 is a division regularly criticised for its lack of competitiveness at the top, given just how easily Paris Saint-Germain appear to dominate on a yearly basis. However, it’s one that produces a wide variety of talented youngsters across the world who shine for their respective clubs, countries and earn exposure to Europe’s top sides – where they’re regularly snapped up.

Thomas Lemar, Alban Lafont, Issa Diop, Joris Gnagnon and Odsonne Edouard are just a handful of talented youngsters who have left France’s top tier for European transfer moves this past summer, but who are the next batch of players coming through?

Honourable mentions, are as follows: 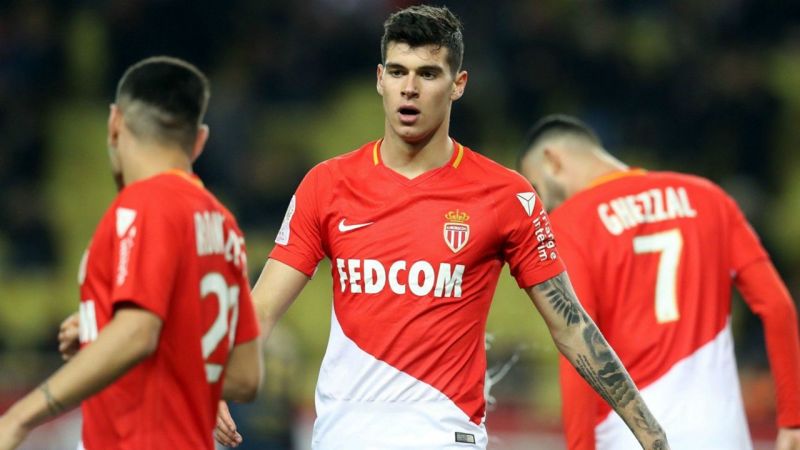 Pietro Pellegri officially joined Monaco from Genoa in July after agreeing a €20m (£17.1m) deal in January. He became the joint-youngest player to play in Serie A, making his debut back in December 2016 at the age of 15 years and 280 days – before becoming the first born in 2001 to score a goal against Roma in May.

He replicated a similar feat, netting against Bordeaux on his Ligue 1 debut in August, but has been sidelined through troublesome injuries this term. 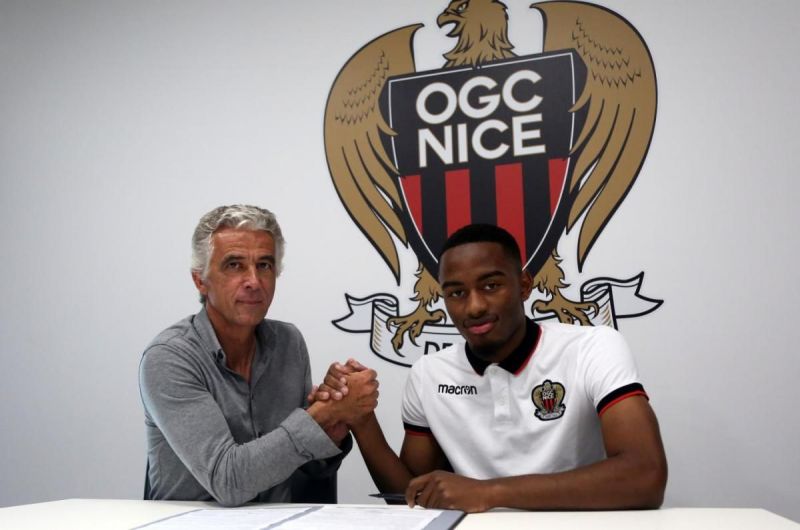 The 19-year-old forward joined Patrick Vieira’s Nice in August for a reported €10m (£8.8m) from league rivals Lyon – who took the necessary steps to ensure they didn’t lose out too much on the teenager’s undoubted potential. With a 30% sell-on percentage clause in the deal, as well as a €100m release clause, it speaks volumes for just how good Maolida can be in a short space of time.

Quick, technically gifted and versatile enough to play across the forward line, he prefers a centre-forward role but can equally create chances for teammates too – shown by his three assists in eight Ligue 1 matches this season. He has over 40 caps for France’s various youth groups and will be eager to continue improving in part of a team that already boasts some talented prospects of their own. 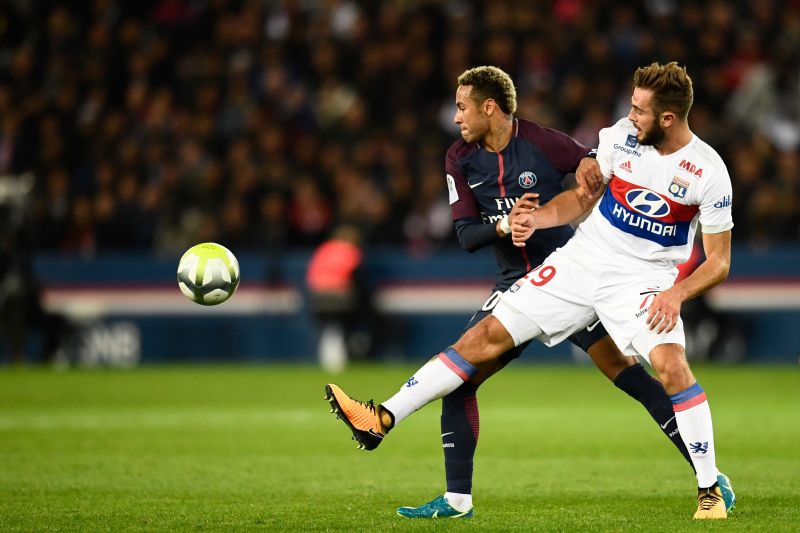 Tousart (right) in action against PSG, where he was sent off before the half-time whistle for two bookings

The 21-year-old has already made 68 Ligue 1 appearances, having made a surprise debut during the 2015/16 campaign. Predominantly a defensive-minded midfielder, he has accompanied two others – who both feature in this list – well across a midfield trio.

Proving himself a capable successor to Maxime Gonalons in that deep-lying role, he has a range of different abilities which make him stand out from the competition in similar positions, but seriously needs to improve his discipline.

Last season, he picked up eight bookings in 37 Ligue 1 matches. This term after eight appearances, he already has four (two occasions where he’s been sent off for two yellows). If he can curb his needless fouls and maintain discipline when on a tight-rope, there’s no reason why he’ll be at Lyon for much longer. 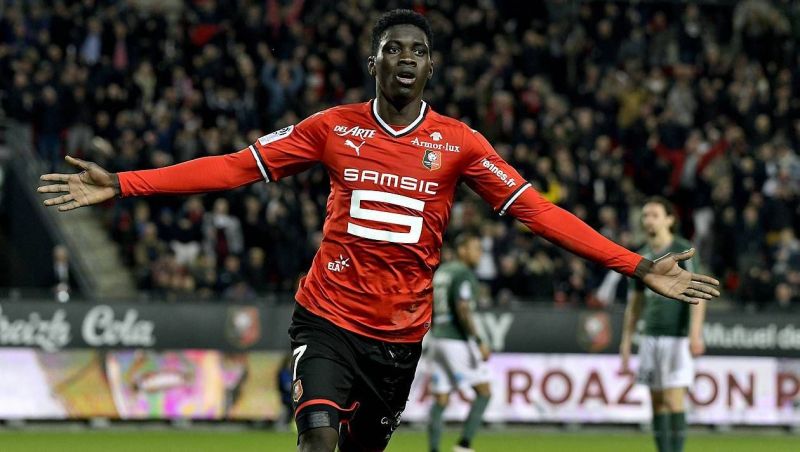 It seems that only yesterday, Rennes had another talented attacking gem in their first-team ranks – Ousmane Dembélé. It’s been just over two years since his departure for Germany’s top tier, yet there’s another star in waiting that will be eyeing Ousmane’s progression as motivation to surpass expectations too.

20-year-old winger Ismaïla Sarr joined Stade Rennais from Metz last summer for £15.3m and is a key component of their frontline – where Hatem Ben Arfa and M’Baye Niang both signed one-year deals this summer.

He’s been playing in different positions across the frontline, from either flank to a centre-forward role with varying degrees of success. However, there’s certainly potential for him to flourish in a team that finished fifth last term but have so far struggled for consistency to begin 2018/19.

He has three goals, an assist and has suffered 31 fouls in nine matches, which just highlights the fact opposition defenders are aware of the danger he poses. In contrast, Neymar, who feels he is unfairly treated by defenders, has been fouled 24 times this season. It’s not hard to know why either, as he revealed last year that he rejected a move to Barcelona in order to further his development in France.

He’s still raw and it speaks volumes for his maturity that he was prepared to stay, rather than rushing into an early move and ultimately regret it in future – but his development is there for all to see as part of a team where he can standout. 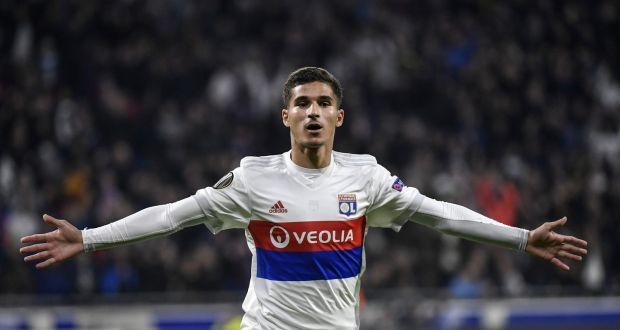 Despite selling their top talents to European giants on a regular basis, Lyon manage to continue blooding youth and enjoy watching them flourish in the first-team ranks with increasing regularity.

Houssem Aouar is another special one. The 20-year-old, who has six youth caps for France but is still eligible to play for Algeria through his parents, is a creative-minded midfielder and one that is becoming increasingly valued in today’s transfer market.

His decision-making and ability to play incisive passes are excellent, just like his dribbling in tight spaces and ball control under pressure from opponents. He’s versatile enough to play across midfield, whether that be a deep-lying role, further forward in a number ten role or sitting as part of their existing trio currently.

This helped them not suffer too badly by Corentin Tolisso’s departure for Bayern Munich in 2017 – Aouar stepped up and shone: averaging 2.5 dribbles, 2.1 tackles and an 85.6% pass accuracy last term.

He’s continued in a similar fashion this season and there’s no reason why clubs aplenty will not be purring over him soon, regardless of the new five-year deal he signed in July… 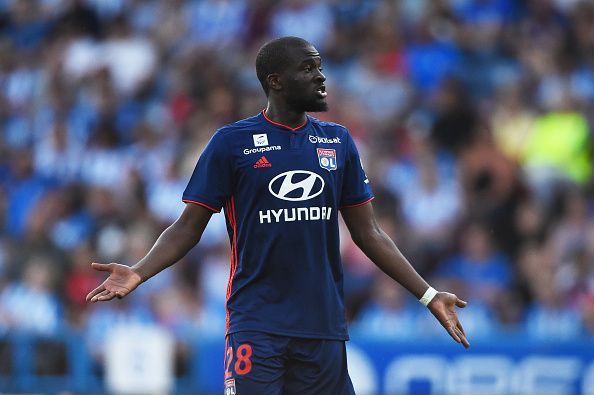 Tanguy Ndombele made his senior debut this past week after earning a first senior call-up, being the only new addition to Didier Deschamps’ France squad over this international break. Those who follow the 21-year-old closely will know that it was only a matter of time in waiting.

Often described as a mix between Mousa Dembélé and Yaya Toure, Ndombele is a bonafide box-to-box midfielder blessed with the physical attributes to be a nightmare for opposition players. In addition to this, he has excellent close-control dribbling, attacking intent and is capable of driving forward with possession as he attempts to create chances in the final third when possible.

Admittedly, he’s not the most graceful, mainly because he plays at such a quick tempo. Sometimes, this does backfire. His decision-making in goalscoring areas of the pitch has been erratic at times, though it’s an area of his game that he has been gradually improving – four assists in nine Ligue 1 fixtures this term justifies that.

To reach the highest level and be regarded as a world-class player, he must be more consistent. That, again, is evident this season, having impressed against Manchester City and Paris Saint-Germain in recent weeks – Lyon’s two biggest games of the campaign to date. His work rate is tireless, just like Chelsea’s N’Golo Kanté, so it’s easier to stand out when teammates are struggling.

Manchester City, particularly Pep Guardiola, was quoted as being a huge admirer of the 21-year-old – with his attempts even more pressing having missed out on Jorginho to Chelsea. Now though, it appears he’s not alone. Speculation suggests Barcelona are interested in making a big-money move for his signature, while the Premier League’s top six clubs have all been linked with a similar approach. 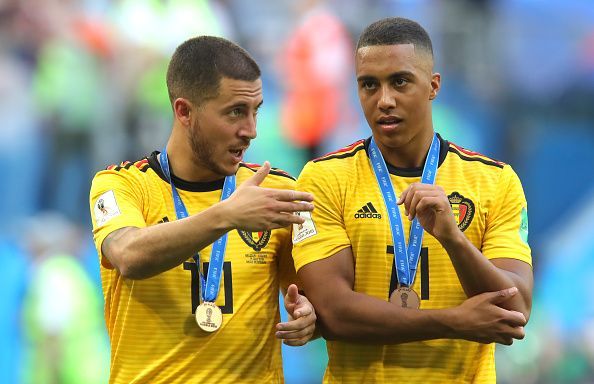 Chelsea’s Eden Hazard speaking with Tielemans at the World Cup in Russia, where Belgium finished third

There’s no doubting Tielemans’ ability. After all, it was he that rejected several other clubs to sign for Monaco last summer, with a €25m (£21.9m) transfer fee being agreed.

It was a gradual transition that followed, learning new responsibilities with teammates and a manager who was deploying him in deeper midfield positions than during his final campaign with Anderlecht – where he scored 18 goals and created 15 assists across all competitions that year.

Tactical discipline, understanding teammates’ tendencies and dealing with a knee injury of his own were all challenges that the Belgium international has embraced, though his stock has continued to rise, albeit at an under-the-radar pace on the French Riviera.

He’s played slightly further forward at times this term and already has two league goals from those positions, doubling his goalscoring tally in the final third from the entirety of last season, which speaks volumes. 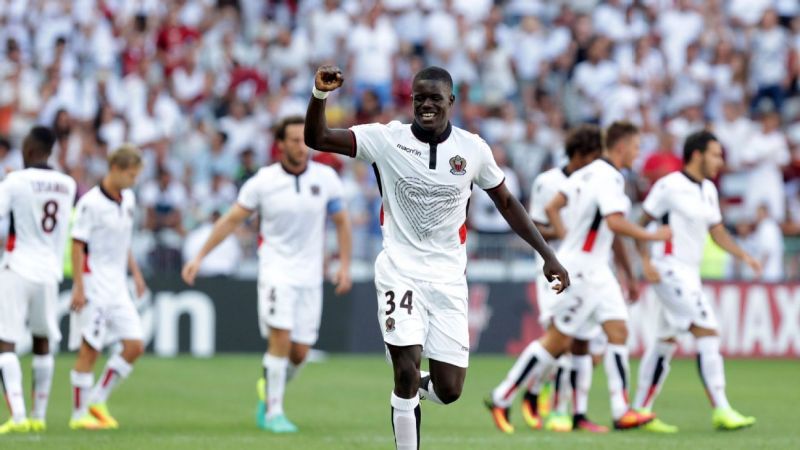 In today’s market, top-quality defenders are in short supply and the demand for them is naturally very high. Virgil van Dijk joined Liverpool for £75m earlier this year, shattering the defensive transfer record (previously £52.5m) in the process.

There’s no reason why Malang Sarr, 19, cannot follow suit with a big move of his own in the not-too-distant future. A tough-tackling colossus who, just like Kylian Mbappé, is still in his teenage years, he’s unique too – being a left-footed centre-back.

He’s made 38 appearances for France’s various youth teams and unsurprisingly, he’ll be expected to lead from the back at club level and on the international stage for the upcoming decade onwards.

After the heights of a third-placed finish in Ligue 1 the season prior, Nice narrowly missed out on a Europa League place at the end of a frustrating campaign last season. No European competition means less exposure for players like Sarr, but he’ll relish the challenge of helping them improve this term – despite four defeats and a mid-table place already after nine matches.

He was an unused substitute in two of their defeats but it says a lot that their only clean sheet, a 1-0 win over Lyon, was secured with Malang involved. Excels at interceptions and someone who prides themselves on being a reliable distributor of possession, it’s a case of who and when rather than if he’ll complete a big move.