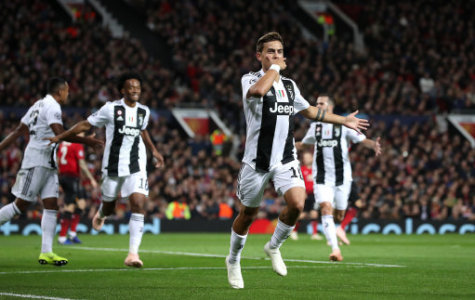 Paulo Dybala’s well-taken finish midway through the first-half was enough for Juventus to secure all three points during a disciplined display against a frustrating Manchester United side on Cristiano Ronaldo’s return to Old Trafford.

Manchester United had a golden opportunity to top Group H at the halfway stage in this season’s UEFA Champions League group stage, but they ultimately had to perform well against a tricky Juventus side at Old Trafford.

The visitors’ experience and tactical nous was there for all to see in the early exchanges, as they controlled proceedings and made Jose Mourinho’s side seem like the away team here.

Comfortable in possession and assured with their passing, United players were struggling to keep up off-the-ball and it didn’t make for exciting viewing either. 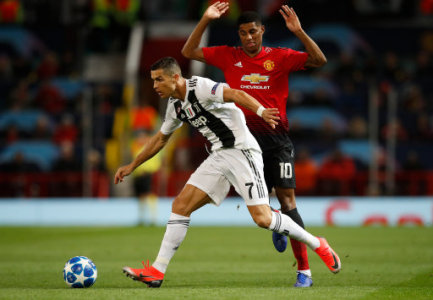 They only registered one shot throughout the opening 45 minutes: Paul Pogba with a glancing header against his former employers – goalkeeper Wojciech Szczesny was comfortable enough to catch it.

Then just two minutes later, Juventus took the lead. Cristiano Ronaldo conjured up some brilliant work to beat Anthony Martial down the flank before fizzing a teasing ball into the box. Juan Cuadrado had a shot blocked and the ball fell neatly for Paulo Dybala, who made no mistake from close-range.

In all fairness, the goal was coming. Juve were dangerous on the counter-attack and probed with runners in acres of space when transitioning forward.

If not for David de Gea’s string of important saves, the game as a contest would have quickly been out of sight. Advancing fullback Joao Cancelo had a shot across goal beaten away – Ronaldo had a ferocious free-kick parried partially clear, before Matuidi forced the Spaniard into another save quickly afterwards, firing an awkward volley goalwards.

Luke Shaw made a heroic block to deny midfielder Rodrigo Bentancur a free shot on-goal, before Dybala watched his curling effort swerve narrowly wide of de Gea’s far post. Half-time, United would have been disappointed but equally fortunate to only be a goal behind. Interestingly, Mourinho opted against making any changes at the break – but the match was more scrappy and open as time wore on and players started to fatigue.

Leonardo Bonucci made an excellent sliding recovery challenge to thwart the onrushing Martial, who was shaping to shoot. Then three minutes later, de Gea was forced into another good stop – saving acrobatically from Ronaldo’s strike on the edge of the area.

Ashley Young’s determination and willingness to battle for the cause saw the Old Trafford faithful react positively with roars of encouragement, hoping it’d spur their team on to score an equaliser. Juventus were still probing with urgency as Dybala and Ronaldo combined in-and-around the box. Their link-up play was promising, though United had more possession. 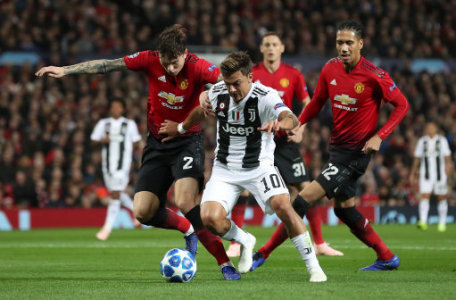 Pogba came close with a side-footed effort, which hit the far post and cannoned back off a diving Szczesny before trickling out for a corner-kick. It was another warning signal that with time ticking down, United still had an opportunity to snatch a result.

An unhappy Dybala was replaced with just over ten minutes to play for Federico Bernardeschi and it was clear that Allegri was content for his side to sit deep, soak up pressure and importantly see out the game with a clean sheet.

Easier said than done, when Bonucci is taking liberties in possession under pressure and needless fouls are being committed. It just added to the tension as United edged closer to the all-important equaliser – Andrea Barzagli was introduced for his 50th Champions League appearance, replacing Cuadrado.

Changing to a three centre-back formation and more defensive stance, they were playing a risky game but were aware. Douglas Costa replaced Cancelo in Juve’s final substitution and slotted into central midfield, making another cameo on his return after the spitting incident which saw him suspended for a month. 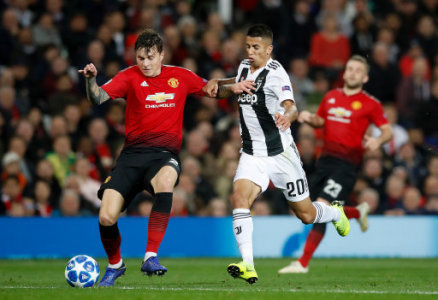 Martial skipped beyond both Barzagli and Miralem Pjanic before shooting from range, in another routine save for Szczesny to make. With three minutes of stoppage time to play, United were keen for one final chance to score a late equaliser.

Rashford was denied a penalty appeal after Barzagli bodied him to the turf, before Matuidi crucially beat Pogba in a battle for possession in midfield and allowed the visitors to break quickly before the full-time whistle.