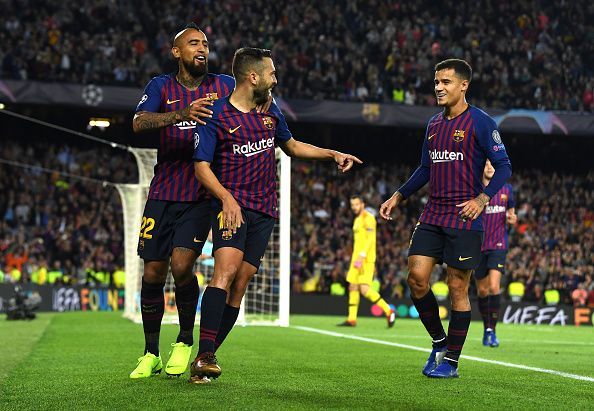 Goals from Rafinha and Jordi Alba either side of half-time helped seal a comfortable home victory for Barcelona, against an out-of-sorts Inter Milan side who struggled under pressure in Spain. Even without their talisman Lionel Messi, the Catalans completely dominated proceedings and produced a stellar performance.

The result sees Ernesto Valverde’s men top Group B at the halfway stage in this season’s UEFA Champions League group stage competition – a win made even more pivotal after Tottenham surrendered a late lead away against PSV in the day’s early kick-off. With that in mind, who impressed while others wilted under the bright lights at the Nou Camp? 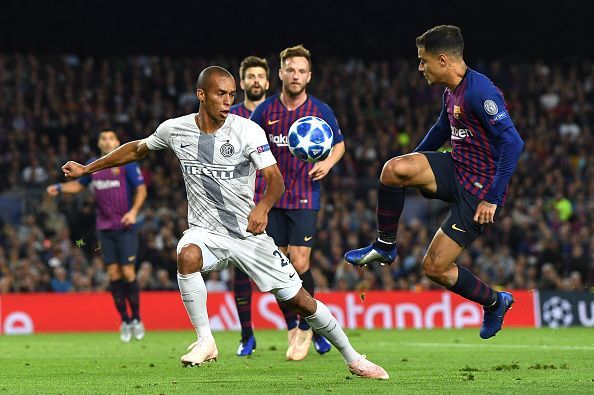 It was a tough night for Miranda, who was kept busy by Barca’s relentless attackers

It was a difficult evening for the experienced Brazilian center-back, who had to remain continually focused throughout – easier said than done against a Barca side who pose various attacking threats and different ways with which they hurt opposition teams.

One of those ways is the speed with which they counter-attack. Miranda, being the slowest in the visitors’ backline, was highlighted as a weak link and rightly targeted by Luis Suárez and co. His positioning was okay at times but equally wayward too often, which allowed the hosts enough space and confidence to persist in utilising width, stretching the play and creating goalscoring chances with a worrying regularity.

He made four clearances, two tackles, an interception and blocked a shot – but committed three fouls and was perhaps fortunate not to have given away a spot-kick during his battles with Suárez in the box.

While center-back partner Milan Skriniar was caught ball-watching for Alba’s finish, his more experienced teammate did not lead by example alongside him. You could argue that him being 34-years-old and on the decline is a genuine factor, but he’s the same age as goalkeeper Samir Handanovic – Inter’s best performer in the match – and Juventus’ Giorgio Chiellini, who excelled against Manchester United last night. Not good enough. 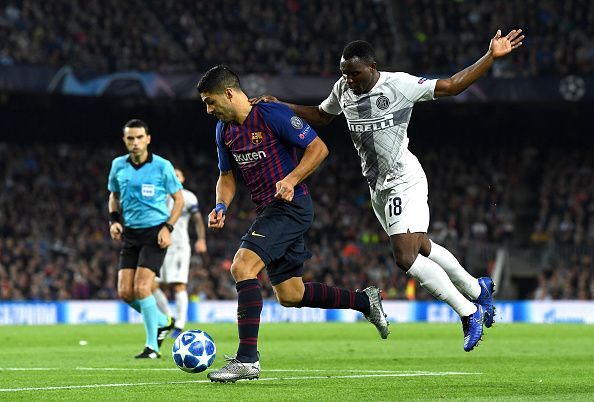 Although he didn’t score, Luis Suárez should be commended for his individual display here. The Uruguayan, who has struggled in recent months for his regular goalscoring form, was a constant nuisance for Inter defenders to contend with.

It was his inch-perfect ball into Rafinha which created the opening goal, while he worked tirelessly both in-and-out of possession to maintain pressure on Inter while they attempted to play out from the back.

He skipped past Kwadwo Asamoah and Miranda with ease whenever he advanced forward with the ball, came close to scoring and on another evening, would have had more than a solitary assist for his efforts. A game-high four key passes, eyewatering eight shots registered and suffering four fouls all suggest the same. 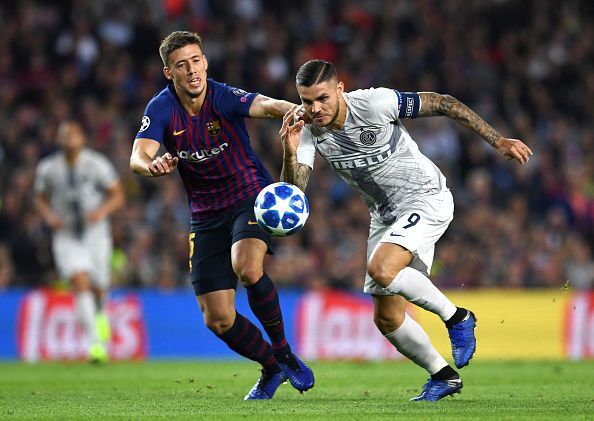 Yes, you read that right. Fresh from scoring a late winner in the Milan derby on Sunday, the Argentine forward appeared anything but that on this occasion. Lethargic with his movement and rarely threatening, he was effectively isolated by an inspired Clement Lenglet display alongside the experienced Gerard Pique.

Admittedly, the service into his path was infrequent to say the least. Borja Valero and Antonio Candreva were both ineffective – while Ivan Perisic (thigh) was bright early on but faded, which is to be expected given he’s not 100% fit.

Lenglet’s timely interception ensured Icardi didn’t get a shot away midway through the first-half from Perisic’s inviting delivery, but other than that? Not much of note from Mauro here, which is underwhelming given how much hype has surrounded the 25-year-old in recent seasons.

He won a joint-high four aerial duels during the 90 minutes, which shouldn’t come as a surprise – but only had 24 touches and was wasteful in possession when he had it. Frustrating display. 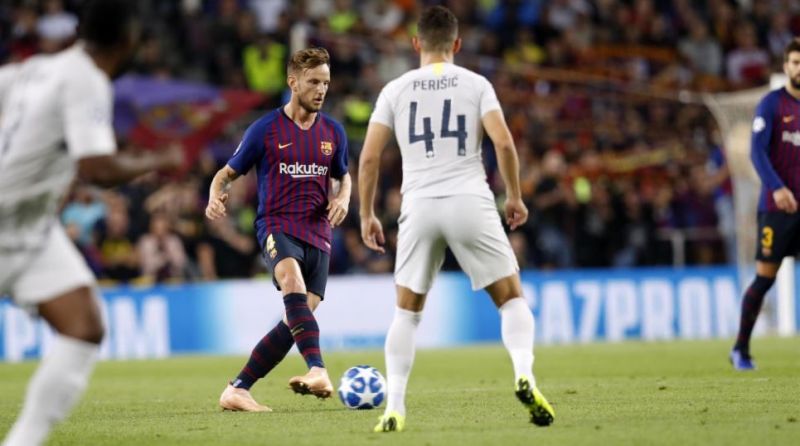 Difficult to choose between Rakitic and Arthur here, but the Brazilian narrowly misses out in this list…

Ivan dictated possession well as usual, with confidence and urgency after Rafinha’s opener. Knew that with some persistence and patience, the hosts would eventually double their lead – continued to get supporters off their feet with deft touches, fancy flicks, and brilliant manoeuvres to weave his way beyond Inter midfielders just as well as Busquets and Arthur.

Came close with a few strikes from range and was justified in his selfishness at times too, where Suárez would have expected the ball instead.

His spatial awareness and intelligence was second to none and although home fans were frustrated to see Arthur replaced late on for Arturo Vidal, Rakitic provided the probing pass which fed an onrushing Jordi Alba to finish with aplomb, sealing all three points. 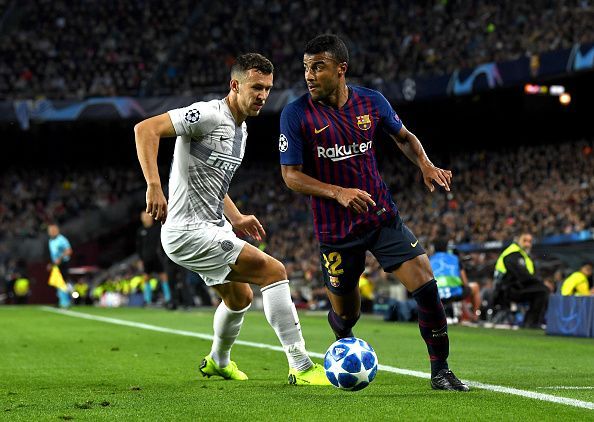 Statement of intent: Rafinha was impressive on his first start of the campaign across all competitions

What a time to score your first goal of the campaign! The opening goalscorer here with a tidy finish which left Handanovic no chance, it was one that would have meant a lot to the midfielder.

He has rarely featured this season but importantly, seized his opportunity on the right-hand side of Barca’s frontline here. It was made even more special, considering Inter was the side he was loaned out to in the last term.

The 24-year-old came close to breaking the deadlock before he did, though he did not show the same level of composure nor accuracy when advancing forward earlier on – scuffing an effort harmlessly wide.

It would have been easy to choose Philippe Coutinho or even the tireless Suárez at top spot here, but neither scored and were rather wasteful with their opportunities on goal. Rafinha, not a first-team starter, didn’t look out of place and instead, was comfortable in possession and did more than enough for Valverde to ponder his level of involvement going forward.