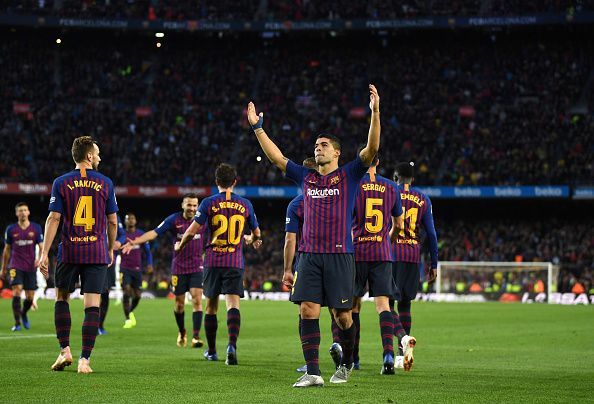 Barcelona ran riot with an emphatic 5-1 win over their fierce rivals Real Madrid, during an unpredictable El Clasico on Sunday afternoon.

During the pair’s first meeting of the campaign, goals from Philippe Coutinho and Luis Suárez gave the hosts a two-goal cushion at the break. Julen Lopetegui made changes at the interval, including a formation switch as Real were struggling to cope with Barca’s high-pressing tactic and gave away possession too easily.

This had precisely the desired effect – Real Madrid were more adventurous in attack, threatened with regularity and came close on a number of occasions after Marcelo reduced the arrears in a goalmouth scramble in the 50th minute.

Despite their promising attempts on goal, Suárez was ruthless and eager for more. He doubled their lead once more with a well-taken header after a counter-attack was teed into his path by Sergi Roberto, before sealing a memorable hat-trick after pouncing on Sergio Ramos at the back, who relinquished possession.

With that in mind, let’s take a look at those players who impressed while others struggled at the Nou Camp: 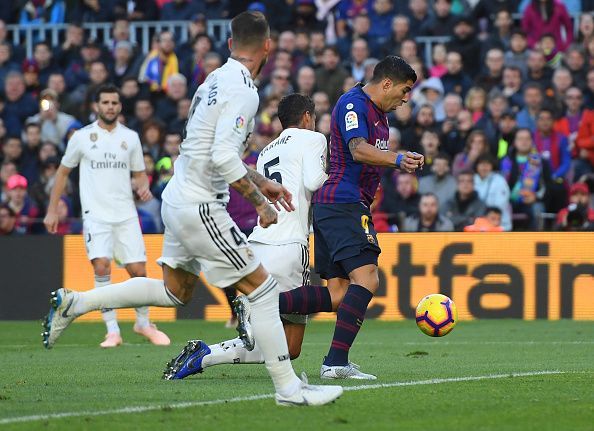 Varane misjudged a tackle on Suarez in the box, resulting in a spot-kick after VAR review

There were a number of Real players who were performing below their usual high standards, particularly in the first half, but Varane stands out given just how good a defender he is – as well as being substituted at the break.

Later confirmed that the World Cup winner sustained a muscle strain which led to his departure, his level of restricted movement makes more sense. However, it’s still no excuse for the lax defending that he was culpable for as Barca attacked with speed.

One tackle, interception and three clearances during a hectic 45-minute spell, he also committed the needless foul on Suárez while shaping to shoot, which saw Barcelona awarded a penalty after VAR review. Frustrating display from a world-class defender, who has certainly struggled for consistent form this term. 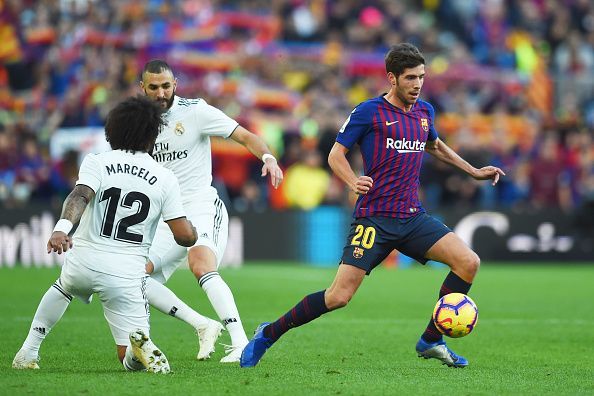 Comfortable in possession, Roberto was excellent both defensively and when he ventured forward in midfield

Often an unsung hero in a Barca side packed with world-class ability, Sergi played a pivotal role in helping the hosts regain their composure after a worrying Real flurry of attacks.

Dependable as usual at right-back, he really excelled when Valverde opted for a formation switch of his own, allowing the 24-year-old the opportunity to venture forward into central midfield, his preferred role. His intelligent movement, energy and efficiency off-the-ball meant Real were playing catch-up in an attempt to track his runs.

Crucially, it was his deft pass into Suarez who headed beyond Courtois into the bottom corner to regain their comfortable cushion and see the game’s momentum switch once more. He was unlucky to have only created a solitary assist, having latched onto a deep cross and flicking it back into Luis’ path – only for the Uruguayan to volley an effort which cannoned back off the far post.

It was a memorable win and Barca collectively were brilliant, but Roberto’s display, in particular, stands out as he rarely gets the same level of praise as his midfield counterparts. 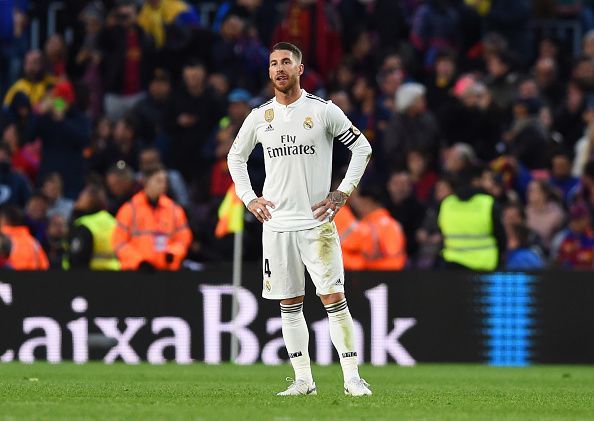 Ramos stands distraught after conceding possession to Suarez, who made no mistake

This was precisely the type of display that critics have come to expect from Ramos, who despite his winning mentality and bullish mindset, has a tendency to fall short of high expectations in matches like these.

His defensive weaknesses have regularly been preyed upon by opposing sides in the past – the overzealous nature with which he commits to tackles – as well as some questionable defensive positioning when out of possession.

It’s this high-risk, high-reward tactic that he adopts which earns plenty of praise when it works, but equally critical and mistakes when unsuccessful. Real’s club captain was no better than Nacho nor Varane here, but I hold the latter to a higher standard because he’s stronger defensively than his more experienced counterpart.

Ramos’ nervousness echoed across the visitors’ backline and he didn’t lead by example either. Four tackles, two clearances, a blocked shot and needless foul committed, seems like a normal afternoon for the Spaniard. You’d be wrong: all over the place defensively, his distribution from the back lacked urgency and he relinquished possession in his own half to gift Suarez his hat-trick late on. 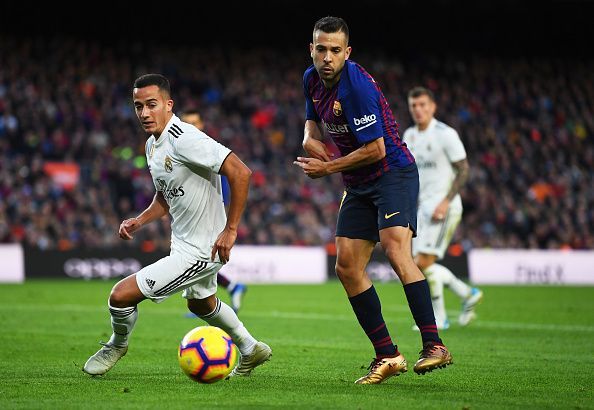 On another day, Alba would’ve been my Man of the Match – but you cannot legislate for someone like Suárez’s individual brilliance during a game of this magnitude. He’s been in great form to start the campaign in a similar vein to last season and impressed again.

Although questions have been asked of his one-on-one defending against top sides, he essentially answered those critics on this occasion with an assured display here, keeping the likes of Gareth Bale and substitute Lucas Vazquez isolated whenever they pushed forward.

Made the visitors pay for granting him acres of space to run into during the build-up to Coutinho’s opener – his drilled pass into the danger area was too enticing, the Brazilian couldn’t miss.

Defensively astute despite a few nervy moments in possession when Real earned a foothold, his blistering runs forward were one issue too many for Lopetegui’s side to contend with. 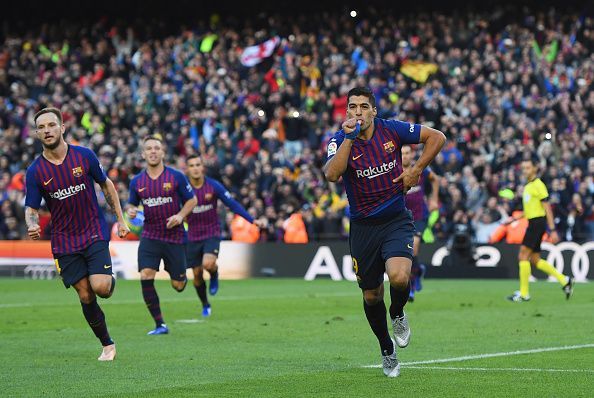 Matchwinner. The Uruguayan forward was relentless – just like against Inter Milan in midweek – effectively silenced his critics with a devastating display in front of goal. Thibaut Courtois even had to make a few important stops, otherwise, Luis would have scored even more against a limp Real defensive display.

A drilled penalty that Courtois could do nothing about, well-taken header to restore Barca’s two-goal cushion and a deft chip which put the result beyond any doubt, Suárez netted Barca’s first hat-trick in an El Clasico fixture since 1994.

With club talisman Lionel Messi watching on from the sidelines and pressure on the team to perform in the biggest game of the campaign thus far: he did precisely that.

Four shots on target, two key passes, fouled twice and a whopping five fouls committed, it just highlights his tireless display both in possession and without it.