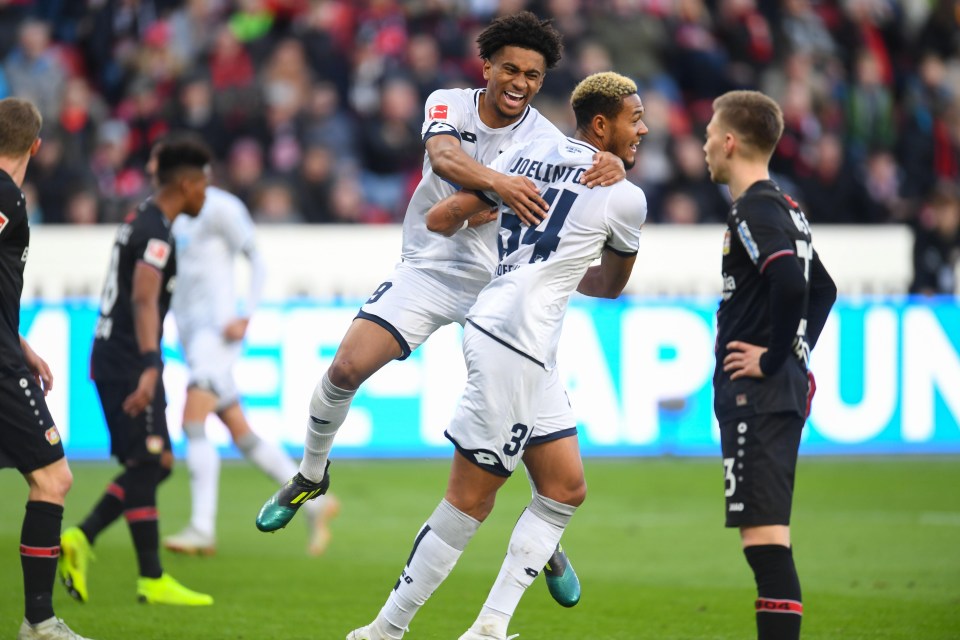 Reiss, on-loan from Premier League giants Arsenal, netted his fifth goal in six Bundesliga appearances with a sublime finish from range during Hoffenheim’s 4-1 away win against Leverkusen this afternoon.

The emphatic victory confines Leverkusen to their fifth league defeat of the campaign already, in what has been an unpredictable start across both sides of the table. Nelson, 18, is certainly enjoying a successful loan spell in Germany’s top tier and made his third successive league start on this occasion.

Goals galore before the interval

Operating alongside Vincenzo Grifo in attacking midfield as part of a 3-4-2-1 formation, he broke the deadlock with aplomb after 19 minutes.

Grifo opted for a short corner and played the ball quickly from the set-piece into the Englishman’s path – he took a few touches before shaping to shoot and curling an effort which arrowed towards the top corner, leaving goalkeeper Lukas Hradecky helpless.

Leverkusen equalised just ten minutes later, as Bellarabi struck ferociously at Oliver Baumann’s near post after being teed up by Mitchell Weiser. He initially looked as though he was scanning options for a pass inside the box but elected to shoot, instead catching the 28-year-old off-guard.

It was level for all of four minutes though. Some good build-up play down the flank saw Pavel Kaderabek swing a cross into the box – before Joelinton headed home to restore their advantage.

Baumann atoned for his earlier error by making an important stop to deny Bellarabi’s stinging effort – before Julian Brandt fired over the crossbar. Bellarabi was still feeling the effects of his strike and felt unable to continue with a hamstring strain. Replaced by Leon Bailey just before the interval, there was work to be done.

Any chance of an early fightback after the break was quickly erased by Jonathan Tah in the 48th minute. The talented 22-year-old, usually so assured and solid in defence, was lazy with an important tackle attempt here. 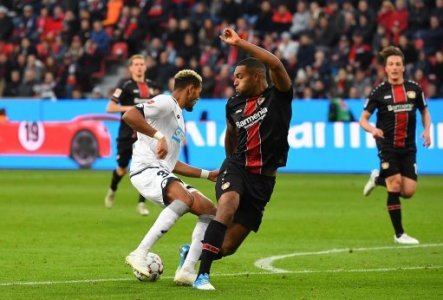 Jonathan Tah’s trailing leg was enough to send Joelinton to the turf after a deft chop inside the box. (Picture source: PA Images)

He hauled down Joelinton as he chopped inside the area and gave the referee no choice but to point for a spot-kick. Grifo made no mistake, firing low and hard into the bottom corner to establish a two-goal cushion.

Then to make matters worse for the hosts, Hoffenheim applied the icing in the 73rd minute after a devastating counter-attack. Joelinton left Tin Jedvaj for dead before ruthlessly completing his brace.

Elsewhere in the division, Borussia Dortmund maintained their unbeaten run to start the campaign with a 1-0 away win over VfL Wolfsburg. Marco Reus netted his 9th goal across all competitions this term. 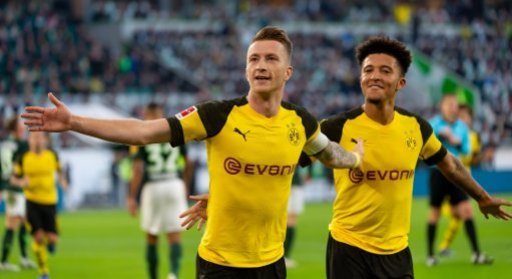 Lucas Holer netted a late equaliser as Bayern Munich dropped points at home against Freiburg – the fourth time the defending champions have done so this term. There were wins for both RB Leipzig and Schalke, while Augsburg drew 2-2 at home against Nurnberg.

The result leaves Hoffenheim in seventh place, level on points with Hertha Berlin after ten fixtures this season. Borussia Monchengladbach (5th) and Werder Bremen (6th) both have a game in hand, featuring in Sunday’s fixtures. Leverkusen meanwhile, are left languishing in 12th – just a few points away from the relegation places after a forgettable start to the campaign.

It’s been a memorable few months for Reiss, both at club level and on the international stage.

Last month, he made his debut for England’s under-21 side and many Arsenal supporters are already purring in anticipation of his return to north London next season. It will be under new management in Unai Emery, who has surpassed most expectations already this term. His progression is impressive and given the Gunners’ talented young crop, he is easily their most talented. Long may his impressive form continue.