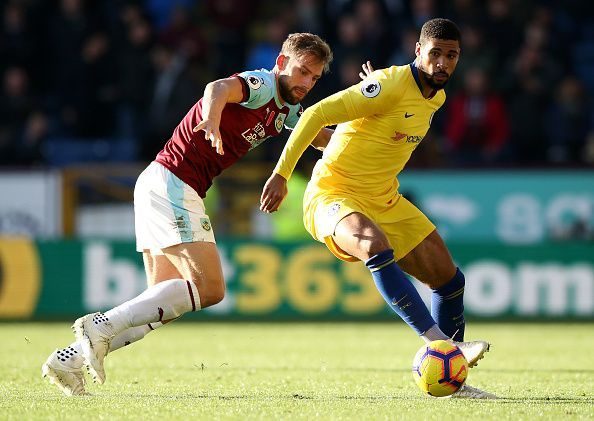 Chelsea boss Maurizio Sarri has confirmed that midfielder Ruben Loftus-Cheek will not be loaned out in the upcoming January transfer window. Is this another positive sign of progression or simply a waiting game for the Englishman?

Loftus-Cheek, 22, spent last season out on-loan with fellow Premier League side Crystal Palace. His impressive displays there helped earn him a surprise berth in Gareth Southgate’s World Cup squad, where he featured on four occasions in Russia over the summer.

He made 25 appearances in south London last term and gained plaudits for his consistent displays, as he linked up well in the final third alongside Wilfried Zaha and others. 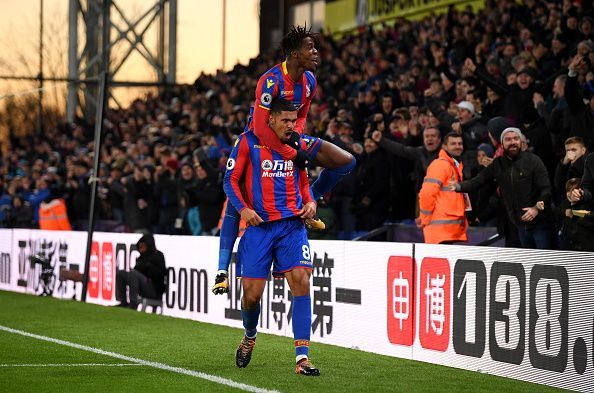 Loftus-Cheek excelled for Palace during a successful loan spell last season, yet he’s not playing regularly

However upon returning to the Blues in the summer, he was aware that competition for midfield places would always be tough – especially after the arrival of Jorginho for £60m from Serie A side Napoli, as well as Real Madrid’s Mateo Kovacic on-loan.

He has made six appearances across all competitions this term but hit the headlines after a hat-trick during their 3-1 Europa League win over BATE Borisov late last month.

At the time, he said: “The first thing in my head is to keep playing well, to keep sharp in case I do get an opportunity to start. I need to keep up good habits – eating, sleeping, training well and hopefully my opportunity will come.”

Precisely. He came off the substitutes’ bench after half-an-hour for an injured Pedro and scored his first league goal of the campaign during their 4-0 thumping over Burnley last weekend. 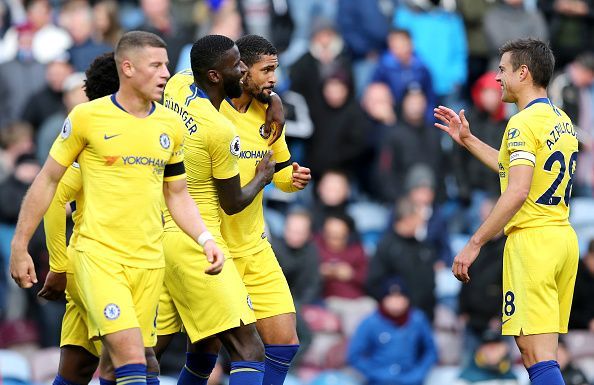 Loftus-Cheek celebrates alongside his teammates during their rout over Burnley

It seems typical that at the time of writing, Chelsea will be preparing for their weekend clash with none other than Crystal Palace on Sunday afternoon – this fixture historically always conjures up goals and some surprise results too.

Southgate has been vocal with his attempts to see more English youngsters earning regular first-team action at their respective clubs and if they cannot get that, then loan deals are a compromise which often prove beneficial.

But it’s understandable that Sarri wants to retain Loftus-Cheek, even if he doesn’t start regularly enough, to further learn and understand the Italian’s style of play, helping him further integrate into the senior side.

It’s not as if his teammates are unaware of Ruben’s abilities, either. N’Golo Kanté – widely regarded as one of the world’s best midfielders – said the following:

“When I came to Chelsea, Ruben was already here and for sure he is a good player. He did well last season and I think he’s ready to play, now it’s the manager’s decision. He needs to keep working, improving and I hope it will come at the right time.”

Time will tell but based on recent departures…

Time is of the essence, even if Loftus-Cheek does harbour a lengthy future in west London. Nathan Aké left for Bournemouth and has flourished since, while Nathaniel Chalobah is enjoying similar success at Watford too. 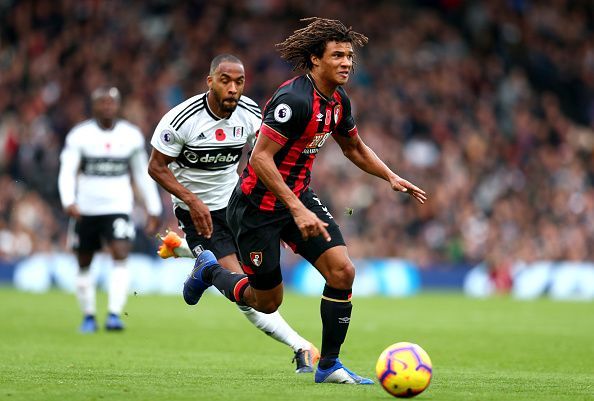 Aké – who had three previous loan spells – has flourished since leaving Chelsea last summer for £20m.

Andreas Christensen’s father has already revealed that his son will hand in a transfer request to leave in January if not given regular minutes, so it’s not the first time this issue has occurred.

Whether or not he’s prepared to wait for an extended run in the side, remains to be seen. The unforgiving demands and high expectations that come with being a first-team starter at Chelsea is something which take patience themselves.

The recent form of his compatriot and midfield teammate Ross Barkley is a testament to that. So with that in mind, Ruben should stay put and continue working hard. That’s all he can do.