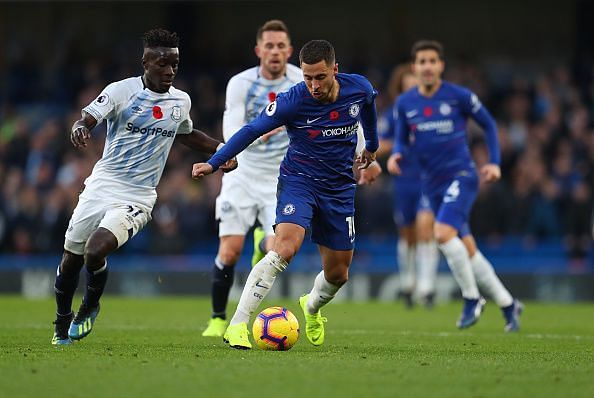 Chelsea‘s unbeaten start to the Premier League campaign has continued, albeit after dropping two points against a dogged Everton side at Stamford Bridge. Which players impressed while others struggled on this occasion?

The result sees Maurizio Sarri break a record for the longest unbeaten managerial start after 12 games in England’s top-flight. It was a match packed with chances and Everton goalkeeper Jordan Pickford had to be alert on numerous occasions to keep his third clean sheet of the season.

Marcos Alonso hit the post, Álvaro Morata and Eden Hazard both came close so the Blues will feel frustrated after dropping two points from a winnable fixture here.

With that in mind, here’s a look at who impressed while others struggled at Stamford Bridge: 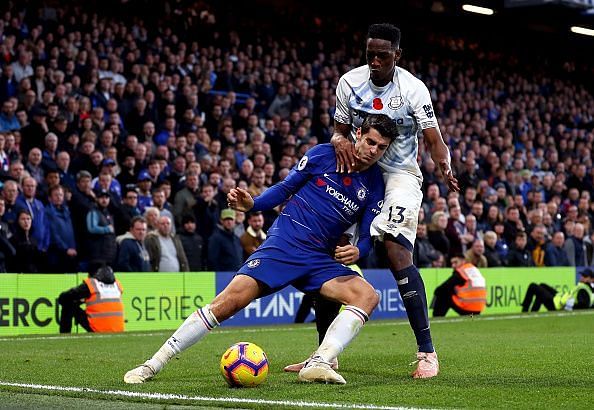 Morata had a tough time once more on this occasion, against determined debutant Mina

It was another frustrating showing for Morata – effectively swarmed by Yerry Mina during an eventful debut from the Colombian here.

Was booked for dissent after feeling hard done by following some officiating decisions that went against him. In truth, he went down too easily too often and made himself a target for Everton’s backline to dispossess.

Clearly tried to get involved and dropped deep at times, yet managed to relinquish possession often in those areas. Was Chelsea’s worst distributor with 75% accuracy over the 90 minutes.

Failed to make enough forward runs and although he forced Pickford into a good save seconds after the restart, he should have scored from such close-range. He will ultimately be ruing his missed opportunity in the type of hard-fought game where one moment of brilliance or a clinical edge can prove the difference between three points and a solitary one. 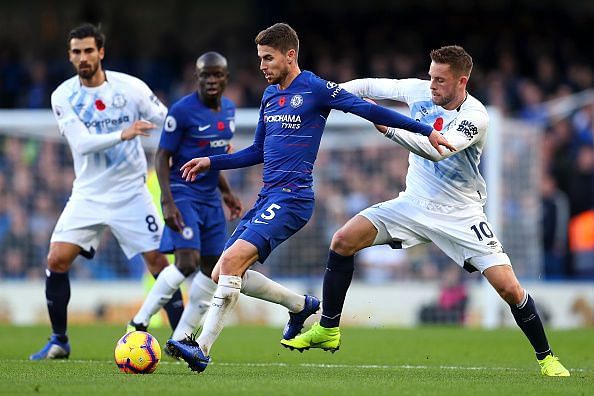 The type of display that often goes unnoticed, Gylfi had to remain disciplined and pick his moments when deciding to go forward. Deployed in his preferred number ten role, it was more a test of patience and just how determined he would be as Everton suffered spells without much possession.

But when he did have it at his feet, the Icelandic midfielder utilised it well and should have an assist after an excellent diagonal through ball pass into Theo Walcott’s path.

The Englishman squandered the opportunity after a poor first touch in the box but Sigurdsson, who continued on after Jorginho’s harsh foul, excelled defensively.

Four tackles, a game-high four interceptions and blocked shot too, it’s unfortunate that he didn’t end on the winning side here. 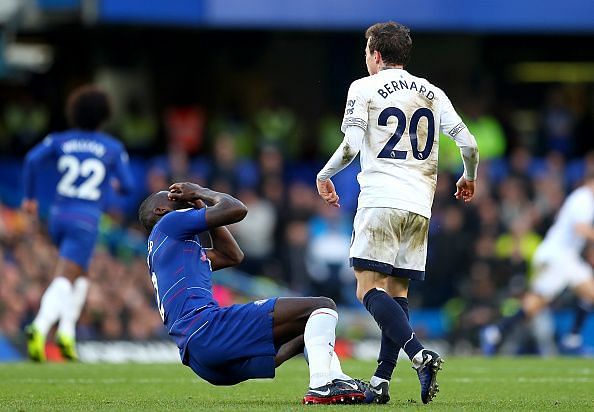 For someone who arrived in England’s top-flight with such fanfare over the summer, Bernard has failed to justify his hype yet.

Two weeks ago against Manchester United, he squandered a golden opportunity to score. The same could be said away at Stamford Bridge, against a Chelsea side that rarely allowed many clear-cut chances on Kepa Arrizabalaga’s goal in truth.

He saw an effort from range flash narrowly wide of the far post early in the first-half but should have been sent off after his reaction in an off-the-ball incident before half-time.

Having been outmuscled by Willian, Antonio Rudiger reacted angrily to his theatrics when going down appealing for a free-kick. He responded by getting to his feet and headbutting the German international, who was seen clutching his face but somehow received a booking too afterwards.

He created two passes, was Everton’s second best passer (88.9% accuracy) but found himself dispossessed on three occasions and struggled to really impose himself on the game. 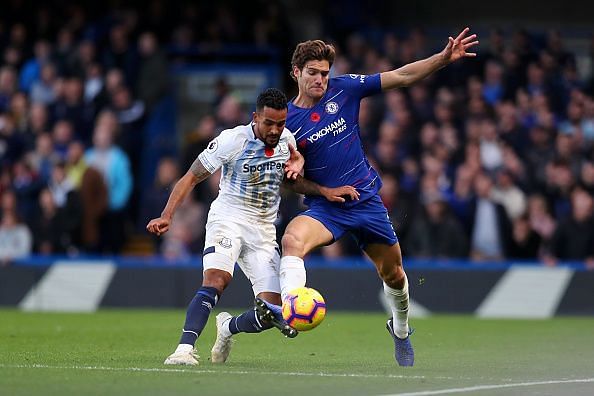 It was a busy afternoon for Marcos Alonso, but ultimately one that he performed well in. His tendencies to abandon defensive duties and fly forward were on display as the second-half progressed, with Chelsea probing in search of a late winner.

However, he was still tested defensively and found himself lucky not to receive a booking after a poorly-timed tackle on Walcott in the first-half. Their duels were intriguing to watch: Alonso’s one-on-one defending hasn’t always been impressive against tricky wingers and if not for better composure from Theo, Everton could have snatched all three points.

However, Walcott’s opportunities were limited to the one previously described – teed up by Sigurdsson – and that’s to Alonso’s credit. Two tackles, an interception and clearance don’t really tell the full story, but he was regularly in Walcott’s path on the flank and did his utmost to frustrate him.

Forcing a good stop from Pickford after connecting with a sweetly-struck volley, he hit the post after the break from a near improbable angle too. Another clean sheet recorded, Alonso will count himself unlucky not to have got on the scoresheet in what could have been a Chelsea win. 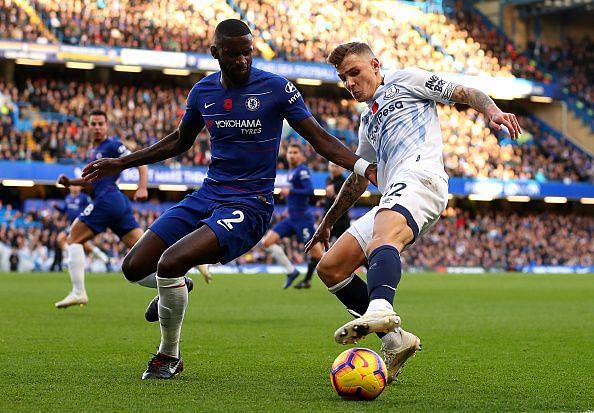 When questioned about his brave, but calculated move from Barcelona to Everton this past summer, Digne said he was excited for a new challenge in his career. Three months into his spell on Merseyside, this display is a memorable one – perhaps his finest defensive performance yet.

His positioning and capability to anticipate danger were both excellent. Chelsea could create chances from seemingly nothing and the 25-year-old reacted confidently, especially to thwart Willian with an important intervention midway through the first-half.

He produced some good deliveries into the box too and although the hosts saw more joy down the flanks later in the second-half, it was an inspired shift from a confident player: no wonder he earned a recall to the France squad last month.

Over the 90 minutes, his stats do not lie. Two key passes created, three tackles, interceptions and clearances completed, a blocked shot and necessary tactical foul high up the pitch, he was impressive and needed to be.