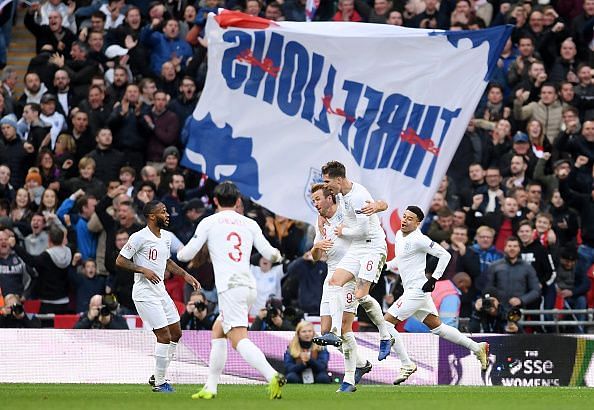 England battled hard and recovered from 1-0 down to seal their Nations League semi-final place – but who struggled while others impressed at Wembley?

Andrej Kramaric broke the deadlock with a deflected strike, which stunned Jordan Pickford and England’s backline during a game the hosts dominated.

They could and probably should have been 3-0 up before the interval, but Gareth Southgate’s substitutions and some deserved fortune went their way as they sealed all three points – having fought back from a goal deficit just like Zlatko Dalic’s side did against them during their World Cup semi-final this past summer.

With that all in mind, here’s an extended look at who impressed while other players struggled at Wembley this afternoon: 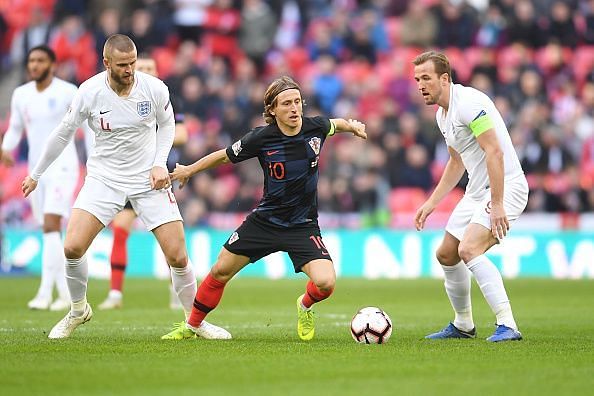 You could understand Southgate opting to include Dier here, as he wanted a more defensive-minded presence to frustrate the likes of Luka Modric and Marcelo Brozovic in central areas.

Despite maintaining his typically high level of passing (96.6% on 65 passes), the 24-year-old struggled to do that regularly enough.

Instead, he was more of a sluggish presence who was getting beaten easily during his individual battles – while his part in Kramaric’s goal typified the issue. He dawdled in the area and was caught ball-watching during the build-up, while the strike took a wicked deflection off him before floating beyond Pickford.

There were still good moments, but they were few and far between. Two completed tackles, clearances, a blocked shot and foul committed during a frustrating afternoon’s work – that thankfully got better late on. Was surprising that Barkley was replaced, rather than him, when England needed a response. 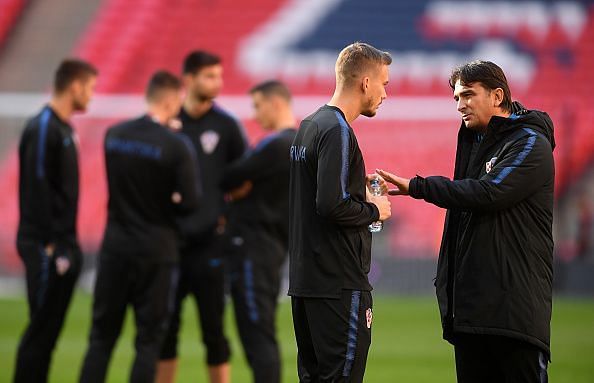 Vlasic (centre), on-loan at CSKA Moscow from Everton, was one of Croatia’s bright sparks despite their 2-1 defeat

Everton supporters will have been watching this fixture with keen interest – not least as two of their own players were starting for their respective nations.

Nikola Vlašić, 21, is currently spending the season out on-loan at CSKA Moscow. With five goals and two assists in 15 matches (all comps), his development is clear for all to see in Europe, though he created his first assist for Croatia’s senior side on this occasion.

It was his intelligent movement and timing which allowed him to evade the attention of John Stones, while supplying a pass in time beyond Joe Gomez into Kramaric’s path inside the box.

A scrappy finish given the circumstances, it just highlighted how quickly the hosts were susceptible on the counter-attack and the game’s relentless tempo – admittedly at times – suited the way Vlašić likes to play.

He didn’t shy away from his defensive duties, either. With three tackles, two clearances and a foul committed, he displayed his willingness to defend out of possession – while accelerating forward to attack when possible. His passing accuracy (70.6%) wasn’t particularly impressive, but the fact he was able to create chances with 30 touches – the game’s second least of any starter, proves he’s increasingly efficient. 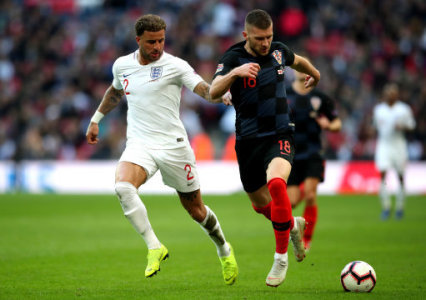 Just like Vrsaljko and a few other starters, you can suggest that fatigue was a factor in his poor display here after playing 90 minutes during Thursday’s dramatic win over Spain. However, there’s no excuse as to why he failed to even hit the target just two minutes in – after Pickford’s nervy goalkeeping moment after a backpass.

He was wasteful in possession throughout and playing as their lone striker, that’s just not good enough. 62.5% pass accuracy and 24 touches during an eventful first-half – but not in a good way – he fired another strike wildly over the crossbar and lacked composure when it was needed most.

Rightly replaced at the interval for a younger, more energetic Josip Brekalo, the 20-year-old winger was dangerous on the flank, passed the ball more accurately and offered something different too. 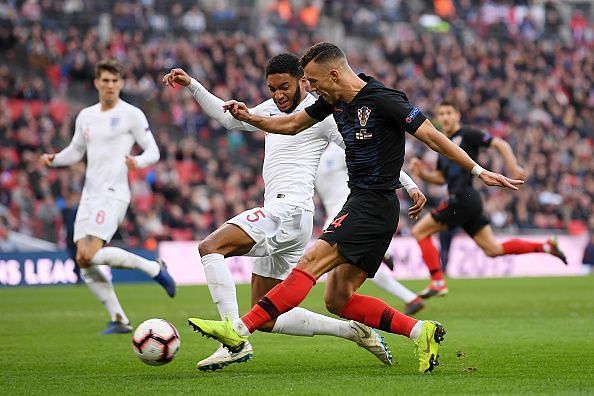 Gomez (centre, no.5) worked hard defensively to keep Perisic at bay, while proving a pivotal role during Lingard’s equaliser

Joe Gomez has continued to improve at Liverpool in recent months and his progression warranted a starting berth alongside John Stones on this occasion.

He excelled. Stones’ excellent passing range has been lauded for a few years now, but his younger counterpart displayed a similar level of comfort in possession here – with two key passes and 92 touches, he was clearly making himself regularly available (82.1% on 84 successful passes) to receive the ball.

Did well to keep Ivan Perisic quiet whenever he had the beating of Kyle Walker down the right-hand side, while he displayed composure and good decision-making when holding up Croatian attacks without needlessly going to ground and committing to risky challenges.

Has shown time and again his ability to recover from precarious situations with both physicality and powerful acceleration. Here was no different, winning five aerial duels and positioning himself well within their backline. Launched the pivotal long throw-in which saw Lingard equalise, during a memorable afternoon’s work for the 21-year-old. 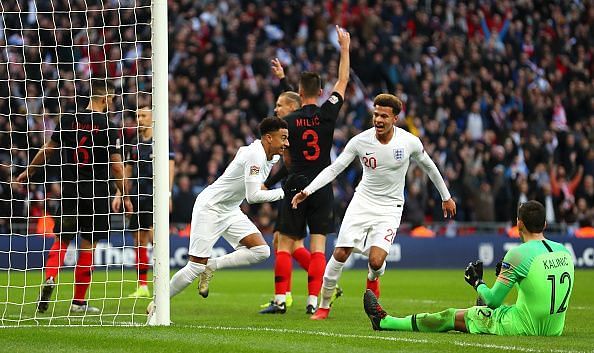 Lingard wheels away to celebrate a timely equaliser for England, during a match they could have sealed in the first-half. (Picture source: PA Images)

It’s been a great week for Jesse Lingard, after forgettable displays in the Manchester derby and away against Juventus since returning from injury recently. Today, it just got even better – particularly after his display against the USA on Thursday.

Making an appearance off the substitutes’ bench with just over 15 minutes plus stoppages to play, he was an inspired change and was eager to stamp his authority on the game.

In terms of timing, he executed everything to perfection. First in his own half, he was alert and made an important goalline clearance to deny Domagoj Vida’s headed effort.

Then, he was in the right place at the right time – benefiting from Kane’s tame effort to prod into an empty net with Lovre Kalinić in no man’s land. You could argue his goal was fortuitous, but crucially found himself in the right attacking position and made no mistake.

Ahead of a tough run of important fixtures for Manchester United, Lingard will be hoping this is precisely the momentum he needs to retain a starting berth under Jose Mourinho.