Croatia boss Zlatko Dalic bemoaned fatigue as a key factor, after England’s dramatic comeback saw his side relegated in the UEFA Nations League this afternoon.

Croatia were without Barcelona midfielder Ivan Rakitic (hamstring) and Inter right-back Sime Vrsaljko had to be replaced midway through the first-half – minutes after making a fantastic tackle to thwart Marcus Rashford. 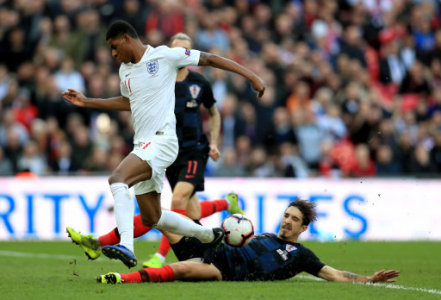 A wasteful Ante Rebic was also replaced at the interval, while Gareth Southgate had strength in depth and introduced Dele Alli, Jadon Sancho and goalscorer Lingard.

Dalic reflects on an eventful 2018

Naturally, Dalic said that his stretched squad lacked energy after a last-gasp 3-2 win over Spain on Thursday evening. Meanwhile, Southgate was able to rest a handful of his key players during Wayne Rooney’s testimonial against the USA on the same night.

As quoted by FourFourTwo, he said: “First of all congratulations to England on a deserved win and qualifying for the final four. We didn’t play well in the first-half and were a bit lucky to get in at 0-0, but the second-half was better.”

“We had a few chances after scoring but conceded two set pieces and in the end it’s fair as they are a part of the game and a fair result. I’m not a sad man, I’m proud and we played well, I congratulated them on their performance.”

“We don’t have a big roster of players and missing five means we can’t just replace them. In the second-half, we played well but lacked concentration in the last 15 minutes – which can be taken from our condition physically. We didn’t have many solutions on the bench, look at who came in for England – they had two players worth €100m and we had two Under-21s.”

Even despite their disappointment late on here, Dalic and his squad can reflect on an impressive 2018 which saw them reach their first ever World Cup final.

“We can be proud of what we achieved, we deserved it, we’re a small country yet achieved great results and are second in the world [rankings]. We have to be proud of that.”

“Our first goal was to prepare for the European qualifiers and get ready for Euro 2020 so we brought in new players and managed to do that. We showed we have quality for the future, young players have a foundation for the future.”