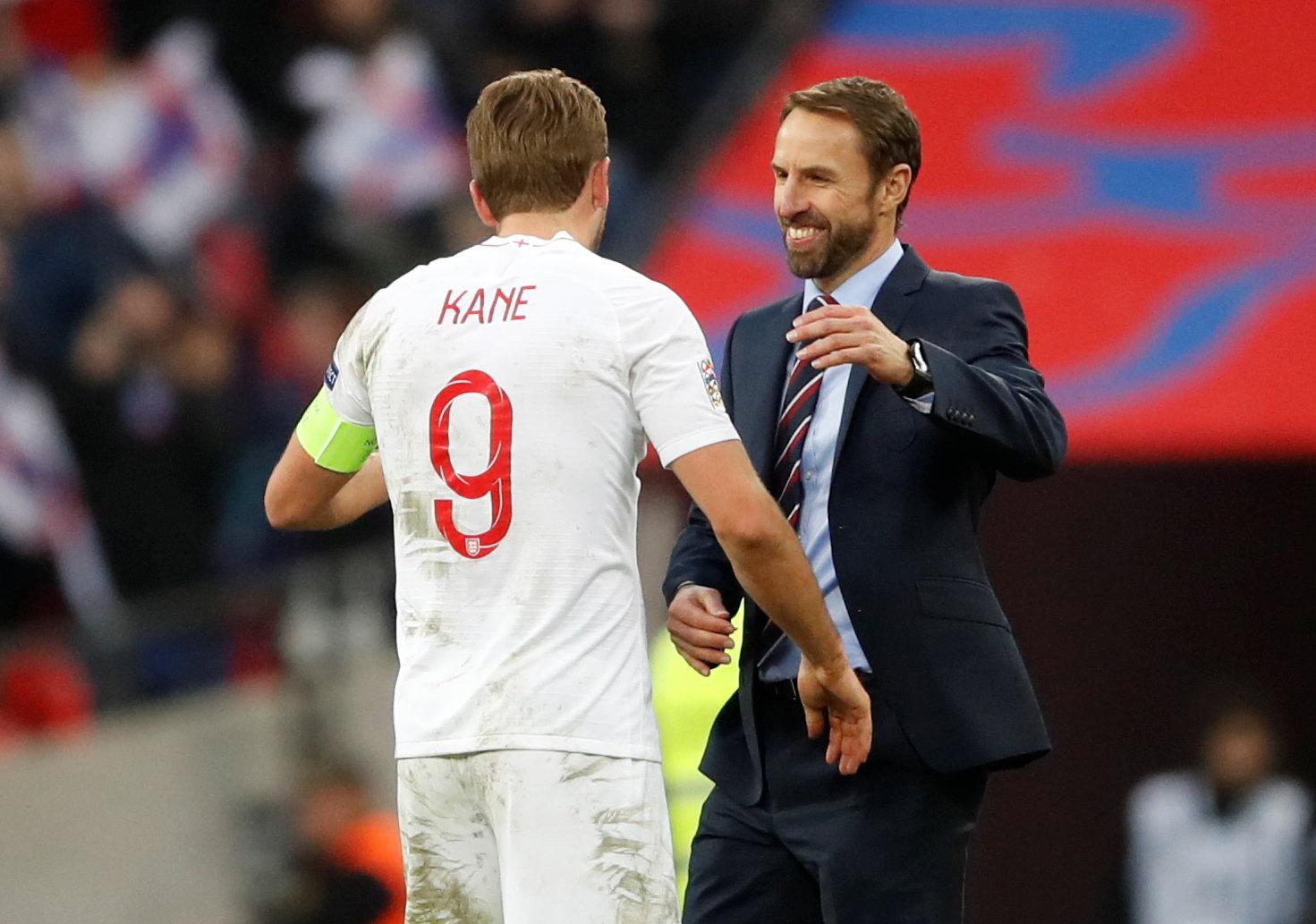 England manager Gareth Southgate had special praise for captain Harry Kane, after his winner secured a semi-final spot ahead of next summer’s Nations League Finals.

Kane, 25, was described by his international boss as the “world’s best goalscorer” following his dramatic close-range winner against Croatia on Sunday afternoon.

Kane earned the World Cup’s Golden Boot after netting six goals during the tournament – but disappointed in the knockout rounds.

This saw Southgate criticised for not resting him – while the striker received scrutiny after struggling against more difficult backlines.

However, Southgate maintained a proud stance while praising one of his key assets.

As quoted by FourFourTwo, he said: “I think Harry is the best goalscorer in the world frankly, so you’re always loathe to take a player of his ability off. Some people question decisions in the summer, but he’s our main penalty taker and our leader.”

“In 98% of games, his hold-up play and everything is critical, he played a fantastic pass for Raheem [Sterling] in the first-half. So we have huge belief in him and he’s so hungry to lead the team further.”

This season, Kane has scored ten goals and created one more in 16 appearances across all competitions. Questions have been asked, as to whether he can do more in the final third – besides providing goals and build-up play, because he has shown an increasing tendency to be wasteful at times.

He has scored six from 40 shots in England’s top-flight this term, but also missed six big chances.

So whether he’s truly the world’s best goalscorer or not, is perhaps a debate for another day.

Spurs have a number of tough upcoming fixtures in the run-up to Christmas. Chelsea, Inter Milan, Arsenal twice, Leicester and Barcelona among them.

It’ll be interesting to see how Kane does against them, as he is key to Tottenham’s success going forward. Southgate’s comments and his late strike against Croatia are sure to provide him with optimism.